Is Virginia a Low Tax State? It Depends on What You Measure. 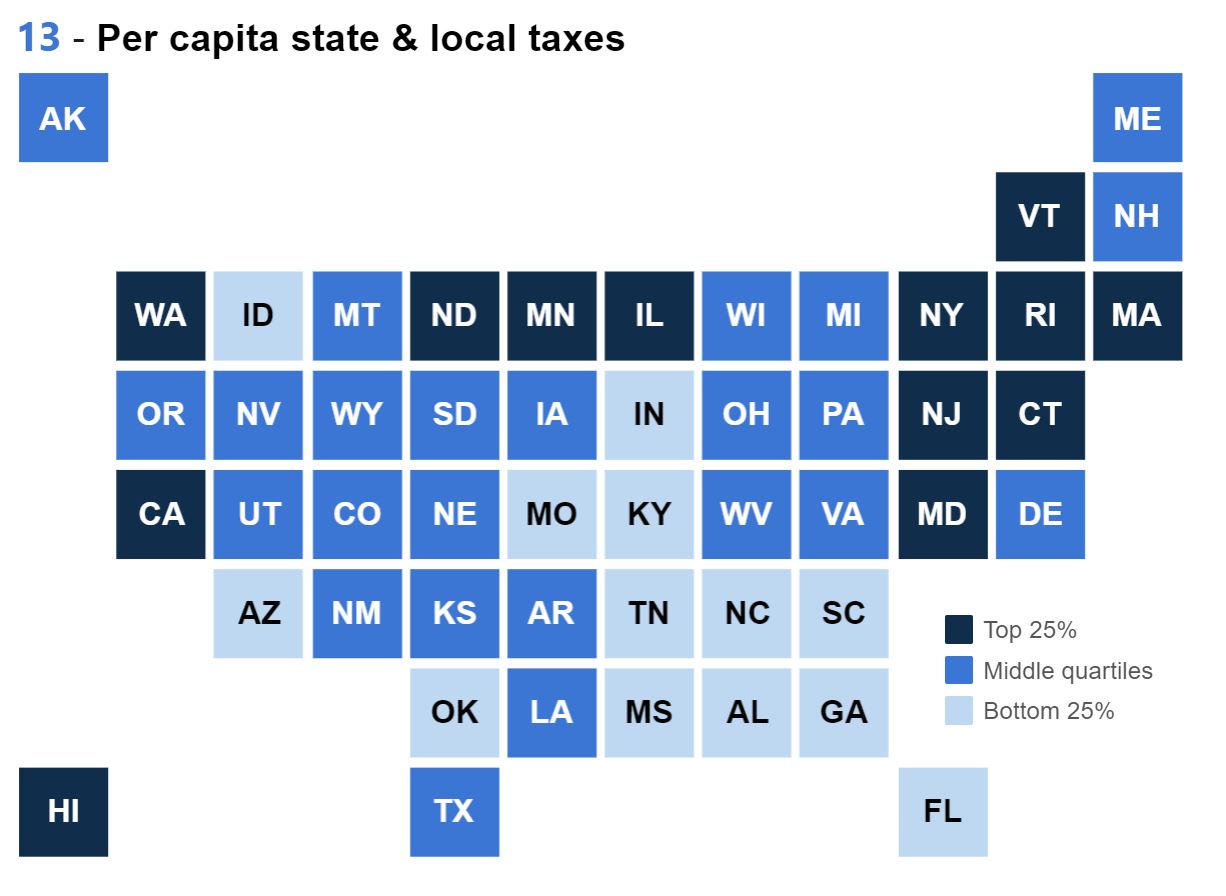 The Joint Legislative Audit & Review Commission has updated its scoreboard comparing Virginia on key metrics to other states — a project championed by Sen. Tim Kaine when he was governor. The idea was to allow Virginians to track the progress of the commonwealth in comparison to peer states on the basis of metrics of spending, taxes, and social well being.

There’s a lot to explore in this database, and I’ll highlight other metrics in future posts. But today, let’s focus on state and local taxes per capita — the most important measure of the size and scope of government. (It is an incomplete measure, to be sure; it does not include indirect levies such as high electric rates to advance green energy goals, but it’s what we have.)

Bottom line: Virginia, once considered a low tax state, has moved into the top 50%. As of Fiscal Year 2018, the most recent date for which JLARC collected data, Virginia ranked 24th in the country at $4,994 per capita in state and local tax collections. But there is another way to spin the data… 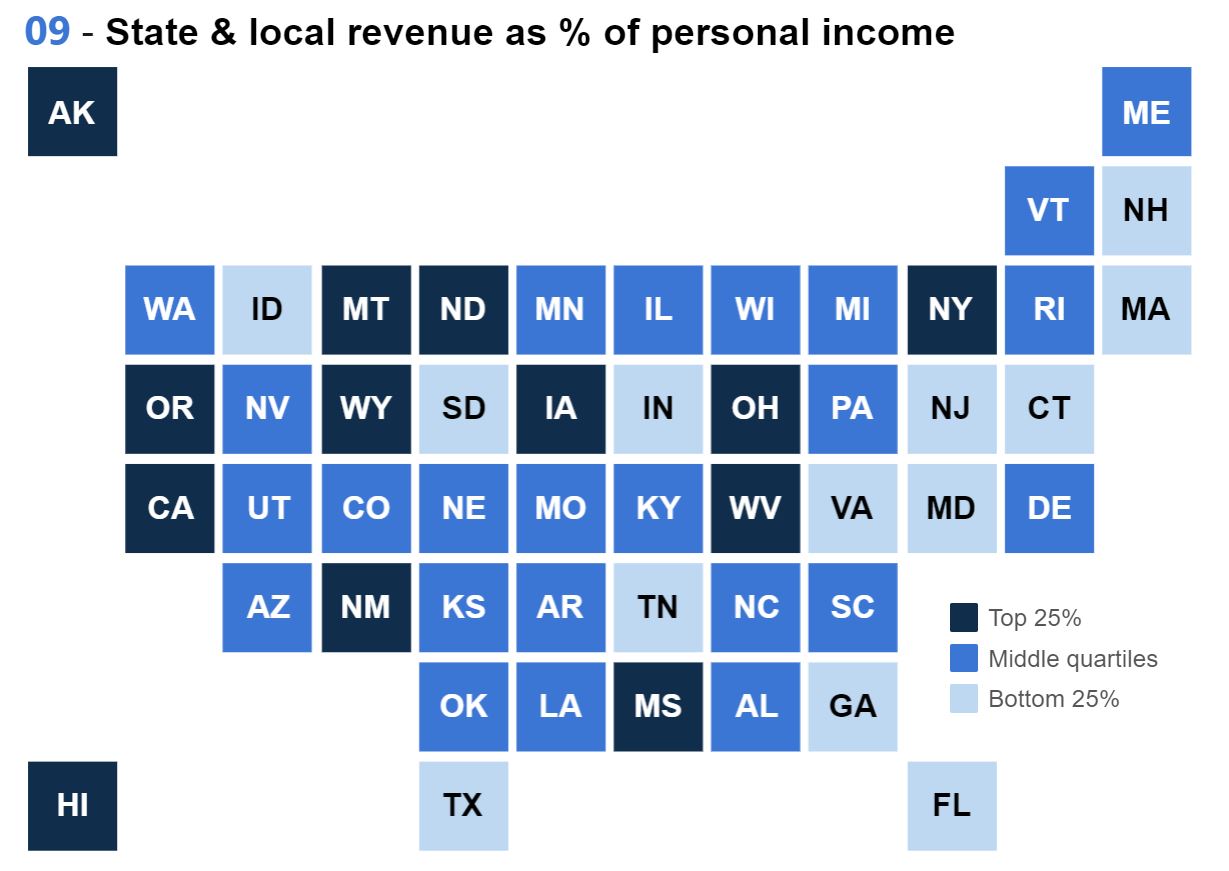 Source: Virginia Compared to Other States, State & Local revenue as % of personal income

If you calculate state and local taxes as a percentage of income, the picture looks very different. State and local taxes in 2017 consumed 17.7% of Virginians’ income in fiscal 2018. That was the second lowest in the nation. And it was darn close to the lowest. New Hampshire squeaked under Virginia with a 17.5% state/local claim. Florida, the third lowest in the county grabbed 18.5% — almost a full percent point more.

In New York, by contrast, state and local taxes consumed 29.1% of income. The California grab was 26%. (The comparable numbers were even higher for some states which benefit from energy levies that don’t impact residents directly, making state-to-state comparisons tricky.)

In theory, a higher tax rate is a worthwhile if government provides a higher level of public services — better roads, schools, law enforcement, higher-education, and health care. Conversely, a low tax rate may be no bargain if public services stink. Does Virginia deliver a good balance of taxes versus public services? Answering that question will require looking at other metrics…. and follow-up posts.

This entry was posted in Budgets, Demographics, Efficiency in government and tagged James A. Bacon. Bookmark the permalink.