If You’re Not on the “Anti-Racist” School Bus, Maybe It’s Time You Got Off the Bus 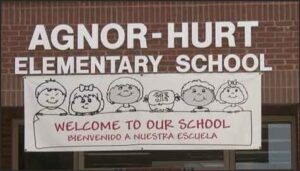 During anti-racism training last June, Emily Mais, an assistant principal at Agnor-Hurt Elementary School in Albemarle County, used the term “colored people” instead of “people of color” when referring to staff demographics. She made a “slip of the tongue,” she says, but she apologized anyway.

Not everyone was prepared to forgive. Sheila Avery, a teaching assistant at the school, chastised her at the training session and several times afterwards, according to a lawsuit filed a week ago. Avery allegedly cursed her openly, calling her a “white racist bitch,” and told other employees she was a racist who intentionally demeaned Black people.

Other employees were afraid to defend her for fear of retaliation, Mais says in the complaint, which was filed April 13 and reported by The Daily Progress and other local media outlets. The relentless criticism caused her such emotional distress that she resigned. But district administrators would not allow her to leave on good terms without first issuing a groveling public apology to teachers and staff. That apology, the complaint says, “was carefully orchestrated by district officials to humiliate, shame, and traumatize.”

Mais believed she was subjected to a hostile work environment on the basis of her race. After state and federal equal opportunity officials showed no interest in her case, she filed suit against the Albemarle County School Board. Her treatment, the complaint says, is the direct outgrowth of so-called “anti-racist” training policies enacted by the Albemarle school system — a program derived from Critical Race Theory that “scapegoats, stereotypes, labels, and ultimately divides people based on race.”

As the Youngkin administration moves to eliminate “inherently divisive concepts” in Virginia public schools, many in the political/media class have thrown up a wall of obfuscation. Critical Race Theory isn’t taught in public schools, it is repeatedly said. To spare White people from feeling guilt, Youngkin wants to prohibit the unsavory aspects of slavery, segregation and Virginia’s racist past. The controversy is ginned up and propagated by Fox News and other far-right extremists.

The Mais lawsuit says otherwise. Indeed, it is the most detailed and best documented look I’ve seen anywhere in Virginia of how anti-racism has morphed into reverse, anti-White racism. While the complaint gives only Mais’ side of the story, that side is damning. Even if particulars of Mais’ account are disputed, the reality is undeniable that Albemarle teachers are compelled to undergo “anti-racism” training, that the training is influenced by Critical Race Theory, and that dissent is deemed racist, thus not tolerated.

On Feb. 28, 2019, the Albemarle school division adopted an “Anti-Racism Policy,” the stated purpose of which is to eliminate “all forms of racism” from Albemarle schools, according to the complaint filed by attorneys with the Alliance Defending Freedom, an Arizona-based nonprofit.

If I identify forms of racism, and I do absolutely nothing about it, then I become a practitioner of racism. Now, consider this controversial statement by some researchers: ‘You are either a racist or an antiracist.’ It is time for you to think about how you will own this required antiracism training and the policy.

In the video, Hairston admonished staff members to ponder whether they were on the “antiracism school bus, or if you need help finding your seat and keeping your seat, or if it’s time for you to just get off the bus.”

Sessions urged staff to move from a “colorblind” view of race to a “color conscious” scheme, says the complaint. Treating everyone with respect, regardless of race, is not sufficient to be anti-racist. So-called anti-racists must call out racism when they see it.

The training called for participants to discuss inflammatory topics, such as the role of “white privilege,” in breakout rooms. In these rooms, says the complaint, “white staff members attempting to participate were shut down or dismissed in front of other staff members and told they could not understand the topic because of the color of their skin.” As the complaint notes, the deck was stacked. Racism runs one way: from Whites, who have power, to Blacks, who are oppressed. By definition, according to this schema, Blacks cannot be racist, so they are entitled to speak freely.

Yet in the Albemarle school training sessions, Blacks participants were empowered. They were urged to “speak their truth.” When White participants attempted to speak about their experiences, they were cowed into submission. “Other participants frequently made hurtful, dismissive, and racially charged statements to or about white people.”

In essence, says the lawsuit, “the training placed white employees in a no-win situation: they were being instructed to engage with the curriculum and to ‘speak their truth,’ but, if they did so honestly, they were chastised and told their race prevented them from understanding. Moreover, their comments were dismissed and they were harassed based on their race.”

In a follow-up post, I will describe Emily Blaise’s encounter with this training curriculum.