How Virginia Would Fare Under President Biden, Part 1 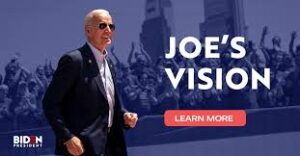 And then there were two. Today, Elizabeth Warren announced that she will withdraw from the presidential race. That leaves Joe Biden, Bernie Sanders and Tulsi Gabbard (yes, she’s still running) as the remaining candidates for the Democratic nomination. Given that Tulsi Gabbard has exactly one delegate (from American Samoa where she was born), the odds of her prevailing are so low that the race can safely be considered a two- man contest. Two weeks ago Joe Biden’s campaign seemed deader than disco. Then came Super Tuesday. Now he’s the front runner.

It seems worthwhile, then, to consider how Biden’s announced policies would affect Virginia if he were elected president this November. Politico keeps an updated list of the candidates’ positions on the issues which you can see here. Politico records the candidates’ positions using fifteen categories. This blog post examines the first five categories — criminal justice, economy (excluding taxes which is a separate category), education, elections and energy (including the environment and climate change). The remaining ten categories will be examined in future articles.

A regular Joe? Biden’s stated positions are widely seen as more conventional, centrist and establishment-oriented than those of Bernie Sanders. While that’s true, Biden is till very much a “tax and spend” Democrat with announced plans to raise taxes by $4 trillion over 10 years. This would constitute the taking of an additional 1.5% of the nation’s Gross Domestic Product for the federal government. Assuming state and local taxes remain a constant percentage of GDP, Biden’s plan would move the U.S. from 27.1% of GDP taken in taxes to 28.6%, putting us just ahead of Ukraine — one of the Biden family’s favorite places. Beyond raising taxes Biden has a variety of other ideas for change. Assuming he can get his ideas enacted into law by Congress (a big assumption), many of his plans would materially change life in Virginia.

Criminal justice. A long list of no’s. No capital punishment, no cash bail, no mandatory minimum sentences, no private prisons. These positions represent significant change for Virginia. For example, despite being a relatively small state, Virginia has executed the second most people since 1976. Virginia also has a number of private prisons.

Economy. Raise the federal minimum wage to $15 and mandate paid family and sick leave. If implemented all at once the minimum wage hike would significantly impact rural and small town Virginia causing job losses. Biden’s specific policies on paid leave are too high level to analyze.

Based on the ratings, Virginia would need to “up its game” to take full advantage of the “free” tuition. For student debt reform the Public Service Loan Forgiveness program already does what Biden proposes to do. However, it has been badly implemented and is plagued by problems. Biden’s actual proposal is to fix this existing program. The irony of significantly increasing the scope of a federal government that can’t effectively operate the programs it already has in place is apparently lost on Mr. Biden. Increasing teacher pay — Virginia provides the 34th highest pay for teachers among the 50 states and D.C.  There has also been a whopping 9.7% decrease (adjusted for inflation) in average teacher pay since 2000. Anything the Federal government can do to blunt some of our state’s poor performance with regard to teachers’ salaries would be helpful.

Campaign finance. “Overturn” Citizens United decision. It’s hard to say how politicians think they can overturn a U.S. Supreme Court decision without a constitutional amendment, but Biden clearly thinks unlimited spending in politics should not be allowed. To the extent that Virginia’s Democratic Party majority in the General Assembly starts to listen to their national leaders on campaign finance reform this could be very beneficial to the Old Dominion.

Energy. Nukes are good, drilling for oil and gas on federal land is bad, carbon emissions should be taxed. A big net positive for Virginia where a lot of electricity is generated by nuclear power, offshore drilling will be blocked when Northam signs the new law and we are a relatively low per capita carbon emitter. Biden’s energy proposals would enhance Virginia’s competitive position vs. other states.

28 responses to “How Virginia Would Fare Under President Biden, Part 1”