Herring Is Moonlighting in Election-Law Litigation 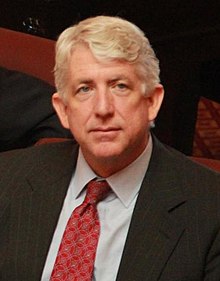 This year Attorney General Mark Herring has joined legal filings  in court cases involving election law disputes in six other states. This is strange because legal disputes about the election laws of other states: (1) are not within his jurisdiction or authority, (2) have no legal effect on Virginia or its elections; and (3) set no precedents that can bind or limit a Virginia court interpreting Virginia law.

Under the U.S. Constitution, Article I, Section 4, “[t]he Times, Places and Manner of holding Elections for Senators and Representatives, shall be prescribed in each State by the Legislature thereof ….”  And, the election laws pertaining to state and local elections fall under the relevant provisions of each state’s constitution and statutory laws. So, disputes over the election laws of other states have no bearing on Virginia’s election laws. Furthermore, nothing in the Virginia Constitution or the Virginia Code gives Herring any duty or responsibility for getting involved in legal disputes about the election laws of other states.

Nevertheless, press releases from the Office of the Attorney General show that he has joined in the filing of amicus (“friend of the court”) briefs in lawsuits concerning the election laws of the following states:

Although the Attorneys General of other States joined those amicus briefs, their doing so did not change the fact that Herring lacks any duty or responsibility with respect to election law disputes in those six states.

When it comes to state election laws — which are clearly the responsibility of each state — such amicus briefs by out-of-state attorneys general are the legal equivalent of a nosy neighbor giving unsolicited advice about how you should live your life and run your household.

Furthermore, Herring’s joining amicus briefs in out-of-state legal disputes that have no effect on Virginia or its citizens has the negative consequence of opening the door for the Attorneys General of other States to follow Herring’s example and file amicus briefs in Virginia litigation involving matters that concern only Virginia or its citizens. I doubt most Virginians would appreciate Virginia courts receiving unsolicited court filings from the attorneys general of other states with their opinions about merits of Virginia state law in litigations where those other states have no legal interests at stake.

Is Herring short of legal work to do in Virginia? Is Herring bored with the types of cases he has to handle in Virginia? Does Herring enjoy giving legal opinions about how other States should deal with legal disputes over their election laws? Does Herring think he has a duty to spend time and resources to join out-of-state litigations to address matters concerning the rights of non-Virginians? Is Herring trying to raise his political profile to enhance his career beyond the Virginia Attorney General’s office?

Herring should give full time and attention to his duties and responsibilities as Virginia’s Attorney General. Herring should focus on dealing with the legal interests of Virginia and its citizens, and not moonlight in litigation involving the legal interests of other States and their citizens. And, Herring should not engage in practices that could encourage the attorneys general of other states to reciprocate and stick their noses into legal disputes in Virginia courts that affect only Virginia and its citizens.

This entry was posted in Uncategorized and tagged Emilio Jaksetic. Bookmark the permalink.