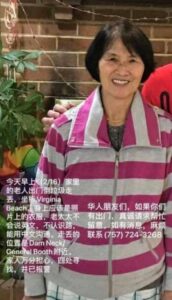 In these hyper-partisan pandemic times it often seems we will never come together as a country.

We are too far apart politically. We spend too much time insulting each other. We can’t agree on the simplest things. We’re sick of the pandemic, divided about restrictions and gloomy about the future.

Even the vaccine isn’t bringing us the joy it should because know-it-all doctors on TV warn that nothing must change — masks, distancing, gatherings — once we’re fully vaccinated.

Some of us thought the point of a vaccine was a return to normalcy.

But then Saturday happened and once again, I was buoyed by the basic kindness and generosity of Americans. Especially my neighbors in Virginia Beach.

(I attribute this to life in a military town. Families are stationed here and they quickly assimilate by diving into volunteer activities to make friends. Half of my kids’ Sunday school teachers were retired or active duty military; so were their coaches and scout leaders.)

You may have seen the Senior Alert, or bulletins on the local TV news last week, about a 76-year-old woman who was missing in Virginia Beach.

This happens frequently. Older folks with memory problems wander off and become disoriented and frightened.

Shu-Jin Wu, who lived in the Dam Neck area, took the trash out of her home on a delightfully warm day last week, when the temperature hit 72. She was wearing only a sleeveless vest, a sweatshirt and black pants.

And then she vanished.

The temperatures plummeted over the next several days and there were bone-chilling rains. Mrs. Wu was out there somewhere without warm winter clothing.

Complicating matters, she spoke only Mandarin, so her family worried she might not be able to ask for help. She did not have her cell phone with her.

I heard about the missing woman on Wednesday, didn’t hear anything else and assumed she was found.

Searchers were looking for her every day. The police used dogs and helicopters. On Saturday they organized a broad search and asked the public to pitch in.

That morning I got a text from one of my friends. My pal’s late mother had suffered from dementia and had wandered away from her home several times.

“I cannot imagine if this had been my mom,” she texted. “I’ve looked for her in my car, but am going to help on foot today.”

I felt ashamed. I hadn’t even heard about the search or thought about that poor woman out in the elements.

It’s good to have friends who are unfailingly generous and thoughtful. And who always ask what they can do to help, not assuming that someone else will jump in.

They’re a good influence on lazy bystanders, like me.

When I pulled into the Beach Fellowship Church parking lot on General Booth Boulevard it was packed. Cars in every space. Scores, maybe hundreds of people, in parkas, and hats and mittens and boots were in line to sign in and get their assignments from Tidewater Search and Rescue.

Most of these folks had never met the missing lady. I’m guessing many had other things to do that morning. Yet they put on their warmest clothes and were prepared to tramp through the soggy, freezing woods to look for a missing stranger.

As they waited in the church sanctuary, a police spokesman arrived to deliver the bad news: Mrs. Wu had been found. She was “deceased.”

The police were with the family now.

A Chinese translator made the same sad announcement to the Chinese-speaking people who were there.

There was a gasp from the bundled assembly, as the volunteers slowly rose and shuffled back to their cars.

I sat in mine, with the heater running, watching the parking lot empty.

It was a sad morning. Yet as I watched the ribbon of cars crawling out of the lot, I thought how lucky we are to live in this little corner of Virginia, where people will venture out on a frigid February morning to look for a stranger

Because they care about each other.

This entry was posted in Charity and tagged Kerry Dougherty. Bookmark the permalink.