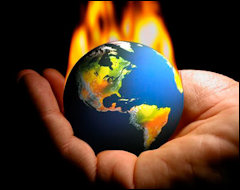 Dominion Energy has joined a coalition of 13 corporations and four leading environmental groups in support of a carbon tax and other measures designed to reduce CO2 emissions. The group, known as the CEO Climate Dialogue, has set a goal of achieving economy-wide reductions of 80% or more by 2050, with aggressive near- and mid-term emission reductions commensurate with that goal.

The group “aims to build bipartisan support for climate policies that will increase regulatory and business certainty, reduce climate risk, and spur investment and innovation needed to meet science-based emissions reduction targets,” according to a press release issued yesterday.

Dominion, which relies heavily on nuclear power and is rapidly expanding its solar portfolio, is jumping onto the climate change bandwagon along with other energy giants like BP, Shell, BG&E, DTE Energy, and Exelon. CEO Thomas F. Farrell provided the following quote for the press release:

For more than a decade, Dominion Energy has embraced the opportunity to deliver cleaner, affordable and reliable energy. Our CO2 emissions have declined by more than 50%, and over 85% of our generation comes from low or no carbon sources. The CEO Climate Dialogue will work to build bipartisan solutions that promote innovation and achieve meaningful economy-wide emission reductions while ensuring technological leadership and continued economic growth.

Bacon’s bottom line: If you’ve got to address global warming by targeting CO2 emissions, then I suppose a carbon tax is the way to go. The market can allocate resources far more efficiently than the political system can. A tax would limit the opportunities for favor seeking, special pleading, regulatory capture, graft, and, above all, waste and inefficiencies that inevitably would occur in an energy sector governed by such deep thinkers as Rep. Alexandria Ocasio-Cortez, D-New York.

I see two broad questions arising from the carbon tax. First, at what level do we set the tax? And what do we do with the revenue?

In a recent post, Don Rippert laid the groundwork for how to think about a carbon tax. The moral justification for a tax is that climate change imposes costs on society — which economists refer to as externalities — and those who generate the externalities should compensate society. It follows logically (implied, but not stated explicitly by Rippert) that the tax should be set at a level equal to the externalities. And what do we do with the revenues? Rippert contends that the money should be returned to the citizens rather than be given to government to squander, an argument I would agree with.

The principle difficulty I foresee is putting a price tag on CO2 externalities in order to set an appropriate tax. While there is widespread (not universal) agreement that CO2 contributes to climate change, there is no agreement how how much it contributes: The International Panel on Climate Change allows for a wide range of outcomes in its forecast of temperature increases by 2010. Furthermore, there is a wide disparity of views about the economic costs of higher temperatures. Most studies have focused almost exclusively on costs while giving no weight to the benefits of higher CO2 concentrations and warmer temperatures. For example: CO2 accelerates plant growth and makes plants more drought resistant. More people die of exposure to cold than heat. Setting a price tag on externalities inevitably will be driven by politically motivated efforts to decide what gets counted and what does not in order to favor one view or the other.

The idea of a carbon tax is simpler and more elegant in theory than the current approach of passing laws, writing regulations, and filing lawsuits on everything under the sun. But I’m not optimistic. Experience shows that the political battleground will simply shift to a new set of controversies.

This entry was posted in Energy, Environment and tagged James A. Bacon. Bookmark the permalink.