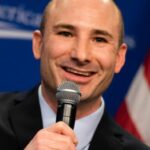 Steve Descano has written an op-ed piece in The New York Times. Should the U.S. Supreme Court roll back Roe vs. Wade, says the Fairfax County Commonwealth Attorney, he will never prosecute a woman for having an abortion — “no matter what the law in Virginia says.”

The CA provides several reasons for opposing blanket abortion laws, some of which I think are legitimate. He should use whatever political influence he has to ensure that draconian anti-abortion laws are never enacted in the Old Dominion.

But I do worry when elected prosecutors pick and choose the laws they enforce. Should the Commonwealth Attorney be allowed to nullify any law he dislikes for the one-in-eight Virginians who live in Fairfax County? If so, by what logic should not every Commonwealth Attorney be allowed the same prerogative? What if, to pick an equally controversial example, CAs in conservative rural counties refused to prosecute gun-control laws?

This is the path to anarchy.

This entry was posted in Abortion and tagged James A. Bacon. Bookmark the permalink.