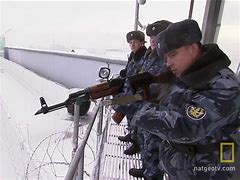 America’s freedoms, guaranteed by its Bill of Rights and its three-branch government, have been the keys to America’s success since its founding.

Individual freedoms, protected, unleashed the creativity of hundreds of millions of citizens to make America the most dominant nation in the history of the world.

Broadly common moral standards have sustained support for that government. As moral standards evolved, with new concepts of morality emerging from the churches, America’s constitution and laws changed with them.

America has defined evil within Judeo-Christian traditions. As other religions began to be represented in America, they brought with them many of the same understandings of right and wrong.

We have struck democratic agreements that are lasting because they have attained sufficiently balanced support. Our violent rupture, the Civil War, was fought to extend freedom and succeeded in doing so.

Our laws have not always been just, but opposition to unjust laws generally began in the churches and attained majority approval. The great civil rights movement in the 1950’s and 60’s marched out of churches into history.

All of this is changing with the precipitous decline of traditional religion in American life. This decline has created a vacuum into which extremists, both left and right, have stepped with new secular religions of their own design.

Since the 1960’s, virulent strains on the left and right have thought to protect America by removing those freedoms, seeking authoritarian rather than democratic solutions to problems as defined by them.

They do not think bipartisanship is worth pursuing, finding the other side immoral as they define morality. They are absolutists.

The progressive left. I have written here a lot about authoritarianism on the left that, from its base in Northern Virginia, captured Virginia politics to take over the governorship and then, briefly, the General Assembly.

Their program was informed by a new civic religion based on race and radical environmentalism. It attacked at the roots of American civic society, public education.

It offered changes not meant to improve the lives of the poor, but rather to make the wealthy feel better about themselves.

It has rejected traditional religion, proved fiercely activist, and brooked no inputs from the center or right. In doing so, it utterly ignored traditionalists in Virginia, including rural Virginians and traditionalist parents. That wound up costing the Virginia left the last election.

The radical left is still there, awaiting its next chance, hoping that its base in Northern Virginia, bloated by the expansion of the federal government, will regain power.

The Putin right. But we have recently seen the emergence of a new political lodestar on the right, Putinism, It has slithered onto the pages of this blog.

Putinism has been characterized in Russia as:

…the stage where … the bourgeoisie throws the flag of the democratic freedoms and the human rights overboard.

Both the far left and the far right in Virginia sign up to that tactical approach, but seek different outcomes.

Putin is admired by edges of the far right in America; he is characterized as a man with traditional moral values (you cannot make that up), a church-going man who keeps public appetites for unmanageable freedoms at bay with strict authoritarianism.

The fact that the church he attends is led by a former KGB asset makes ex-KGB Colonel Putin especially comfortable.

A small American swamp contains people who find his invasion of Ukraine to be the internal business of Russia, an operation of no note to America. They consider Ukrainian resistance to be the cause of Ukrainian deaths, not the scorched earth tactics of the Russians.

The fact that victory there will, by Mr. Putin’s own words, be just a waypoint on the way to reestablishing the boundaries of the old Soviet Union is ignored or applauded.

Surely this cannot be, you say.

Read the comments below my column Lessons in Education, Democracy and Western Civilization from a Great Man.  A sample:

Zelensky is a puppet and tool of the neo-con and neo-liberal elites who are running our crusade against Russia that we will pursue to the last Ukrainian. There is nothing great about him, he is an actor playing a role scripted for him by British and US propagandists.

More Ukrainians are killed each day than in all the mass shootings in the US in a year. To paraphrase our president, when in God’s name will we stop sending more guns to the Ukraine?

If we spent the $40B just appropriated for the Ukraine on mental health and school security we could keep own kids from being killed and would not facilitate killing Ukrainian kids.

How do you like shilling for Nazis and monsters who are willing to kill their own people in a scheme to blame Russia?

Like the Nazi apologists before WWII, this ultra right fever will not gain many followers but can do much harm. The fevers of the left have attracted more admirers.

The public expression of such sentiments, as long as they are peaceful, are allowed under our constitution.

That, like the rest of the liberal traditions of western democracy, is what separates the majority of Virginians from the left and right fringes.

This entry was posted in Culture wars, Democracy and Western Civilization and tagged James Sherlock. Bookmark the permalink.