Child Endangerment at Home and on the Border 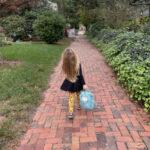 Baby Boomers are fond of social media posts that glorify their raised-by-wolves childhoods.

We drank out of garden hoses, rode in the back of pick-ups, didn’t have seat belts let alone car seats, came home when the street lights went on, thought Howard Johnson’s was fine dining, played with BB guns and knives and earned our immunization to chicken pox, mumps and measles the old fashioned way. The fat kid in our class would be considered skinny today.

It’s worth remembering that not everything was wonderful when Boomers were growing up.

Telephones were tethered to the wall.

I could go on.

But one thing I remember well from my childhood in a small New Jersey town was that by the time I was six my mother would routinely send me to a corner store to buy her Pall Malls. The shop was probably about half a mile from our house.

Putting aside the issue of selling cigarettes to kids, absolutely no one back then thought it was dangerous for a child to set out alone on foot, crossing streets and dodging cars to engage in minor commerce. My mom never worried about a visit from Child Protective Services.

Try sending a young child alone to a nearby store today and you could wind up in handcuffs and your kid in foster care.

Or you could end up on CNN like Danielle and Alexander Meitiv of Montgomery County after they allowed their 10-year-old son and 6 1/2 year-old daughter to walk home from a playground.

“Maryland Family Under Investigation For Letting Their Kids Walk Home Alone,” blared the headline after the parents allowed their unaccompanied children to find their way home. Two police squad cars stopped the kids, Child Protective Services was summoned and the parents were roundly accused of neglect.

Yep, for letting their kids walk a short distance alone.

Which brings us to the unaccompanied minors at the border.  CNN reports that an average of 370 are arriving at the border every day. From February 28 to March 20, border patrol picked up 11,000 children. Government officials are frantically working to unite these kids with their parents or other family members.

Some of these children may have been kidnapped. But many were entrusted to coyotes or set out with others in caravans headed north. Child endangerment on steroids.

But the official reaction to their trek is evidence of a mind-boggling double standard. The parents of these illegal immigrant children are not charged with neglect or endangerment as American parents would if they allowed their kids to walk just a couple of miles alone.

Last week we saw the harrowing infrared images of two tots being unceremoniously dumped over the border wall by adults on the other side.

Question is, if their parents are located will they face the same treatment American parents would if they allowed their kids to walk to a park?

Someone be sure to ask that of Vice President Kamala Harris – America’s border czarina – as soon as she finds the time to go to the border and see the harrowing scenes of child endangerment for herself.

This entry was posted in Children and families, Immigration and tagged Kerry Dougherty. Bookmark the permalink.