Charter Schools and How Things Work in Virginia 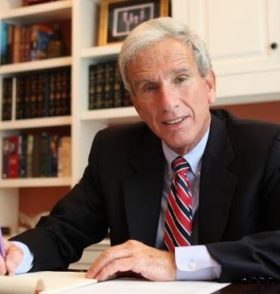 As an object lesson on how things work in Virginia, I’ll relate a story of campaign donations, the Virginia Education Association, a Democratic Governor, a Republican Senator, Democratic Senator Dick Saslaw, his wife Eleanor and charter schools.

The Virginia Education Association has given nearly $1.8 million in campaign donations to Virginia state candidates over the years, nearly all of it to Democrats. The VEA, like the National Education Association and its smaller rival, the American Federation of Teachers, hates charter schools for reasons — both actual reasons and those stated by the unions — that we have detailed here in the past.

Democrats helped defeat a constitutional amendment from Sen. Mark Obenshain, R-Harrisonburg, that would have created more opportunities to open charter schools in the state.

Obenshain, a candidate for attorney general, said the state needed to find ways to give parents choices if their local school district is failing to meet their child’s needs.

“The states that have great experience with charter schools really do cross the political divide,” Obenshain said. “Some of the most successful are in bright blue states.”

But opponents said Virginia already had one of the best education systems in the country and contend that charter schools would take money away from underfunded K-12 public schools.

“There are things that we can do,” Saslaw said. “It’s not perfect. You’re not going to fix them for free. You need to realize that. But this is not the way to fix them.”

Sen. Saslaw is not one to fix anything for free. He is the most prolific fundraiser in the General Assembly and has been for a great many years.

In 2013, the Virginia Education Association named Saslaw Legislator of the Year. No word on whether he voted the VEA as his donor of the year. Dominion Power and hospital interests shared that trophy for years.

A two-year effort to expand charter schools in Virginia was dealt a blow Monday, when the Senate voted 21-19 to reject a measure that would have made it easier to establish alternative schools.

Republican Sens. A. Benton Chafin Jr. of Bland County and Emmett Hanger of Rockingham County joined the Democrats to kill a November ballot initiative for a constitutional amendment authorizing the Virginia Board of Education to approve charter schools.

Currently, local school boards have the power to establish charters in their districts but have been reluctant to do so: There are only nine charter schools in the state.

Sen. Mark Obenshain, Harrisonburg Republican, has pushed for charter schools for two years, calling them a “lifeline” for students who live in areas with lower-quality schools.

“It is fundamentally wrong and indefensible for us to provide a world-class education in some jurisdictions around Virginia and then provide others a Third World education and do nothing about it,” he said on the Senate floor. “My God, we have kids we are ruining.”

Opponents said the bill would have stripped power from school boards, and the state should not try to take resources from traditional schools.

“Simply running roughshod over local school boards is not the way to do it,” said Sen. Richard Saslaw, Fairfax County Democrat..

Saslaw has been the recipient of $21,750 in campaign donations from VEA.

Unfortunately, that is fairly standard pay-to-play stuff in the General Assembly.

In 2004, she was appointed to the Virginia State Board of Education by then-Governor Mark Warner, a Democrat, and served as its president from 2010 to 2012. Warner received $10,000 from the VEA in support of his gubernatorial run.

She was chairperson of the Virginia Board of Education Charter School Application Committee from Jan 2005 until at least October 13, 2009 when she chaired her last meeting before becoming Chairwoman of the full board.

During her time running the Charter School Application Committee, the minutes of the committee revealed absolutely nothing of the actual proceedings. No supplementary materials were provided. On June 23, 2010 the first meeting was held in which materials were offered for public review. That was the first meeting at which Mrs. Saslaw no longer led that committee, having moved up to chair the full Board of Education.

At the end of Eleanor Saslaw’s term as Chairperson of the Board of Education, Virginia had 1,850 public schools, four of which were charters and two of which were accredited.

From the 2010 Annual Report  on Condition and Needs of Public Schools signed by Mrs. Saslaw as Chairwoman:

So, all of the discussion here or anywhere else in Virginia, pro and con, about the need for charter schools as part of the solution for the abysmal condition of some of the worst schools in the Commonwealth falls on deaf, but well-funded ears in Richmond.

This entry was posted in Education (K-12), Money in politics and tagged James Sherlock. Bookmark the permalink.