Dig This — the Virginia GOP As a Big Tent Party!

Virginia Republicans, divided between populist cultural conservatives and traditional free market/small government conservatives, may well immolate themselves when it comes time to select candidates for statewide office. I proffer no predictions. But, should the GOP find some way to maintain a facade of unity, there is one very promising sign for the future: The party is attracting candidates from beyond its traditional white racial/ethnic base.

The Bull Elephant, a partisan Republican blog, lists 10 declared or talked-about candidates for governor, five for lieutenant governor, and five for attorney general. The seven minority candidates include: 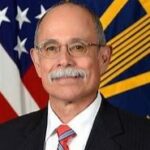 Sergio de la Peña, a retired Army colonel and Trump administration appointee to the Pentagon. The 65-year-old de la Peña, whose Mexican family moved to the U.S. legally, says he learned English and assimilated. As a candidate for governor, he supports making English the state’s official language and would end benefits for illegals. He supports funding law enforcement, prosecuting looters and rioters, and the right to bear arms. On jobs, says his website, “Sergio will restart the economy by creating an open and competitive economic environment.” 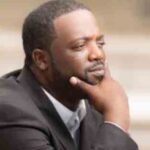 Merle Rutledge, a self-described investigative reporter. A graduate of Norfolk State University and resident of Pittsylvania County, Rutledge is running as the ultimate outsider in GOP race for the gubernatorial nomination. He describes himself as pro-business — in favor of marijuana, casinos, uranium and against red tape that paralyzes business. He supports gun rights — “Virginia is for gun lovers” — and endorses “pro-constitutionalist” positions on term limits, tax reform, efficiency in government, and law and order. 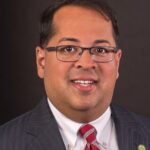 Neil Chatterjee, chairman of the Federal Energy Regulatory Commission (FERC) during the Trump administration. Media speculation has been rampant since the summer of last year that Chatterjee, who is of south Asian extraction, is interested in running for governor. Now that the Biden administration has replaced him, he may be free now to scratch that itch. 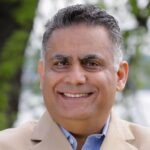 Puneet Ahluwalia, an Indian-American business consultant from Northern Virginia, is running for lieutenant governor. “I wasn’t born an American. My wife and I are Americans by choice,” he proclaims on his website. His priorities are supporting small business, protecting gun rights, defending Virginia against radical leftists, and ending the COVID-19 curfew. He supports charter schools, home schools and other alternatives to an education system that is failing poor Virginians. 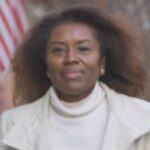 Winsome Sears, the first black Republican woman elected to the General Assembly. With degrees from Old Dominion University and Regent University, the Jamaica-born Sears has served on the Virginia Board of Education and the George W. Bush administration in U.S. Veterans Affairs, and more recently has run a homeless shelter. A candidate for lieutenant governor, she calls herself “unapologetically pro-life,” a supporter of gun rights, and a backer of school choice, including vouchers, which would give poor families more opportunity. “Let the money follow the child. Competition is healthy.” 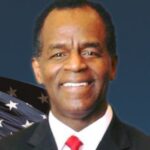 Chuck Smith, a Marine Corps veteran, Navy prosecutor, and former chairman of the Virginia Beach Republican Party. As he says, “I’m the America-first, Black conservative, Marine vet and Navy JAG running for Attorney General of Virginia.” He is campaigning to protect small businesses from COVID lockdowns, crack down on abortion mills, and prosecute electoral fraud. He says that, as AG, he would investigate the “Tech Tyrants” who curtail conservatives’ free speech. 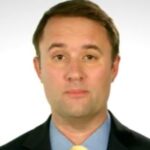 Jason Miyares, a Virginia Beach representative to the House of Delegates. The son of a mother who fled Cuban communism, he was instilled with “a passionate love of the freedom and democracy of America.” As a candidate for attorney general, his number one priority is keeping Virginians safe and taking violent criminals and predators off the street. Virginia, he says, needs an attorney general who will work with law enforcement officers, not against them. 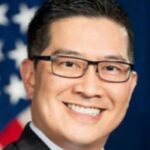 Tony Pham, acting Immigrant and Customs Enforcement Director in the Trump administration. Resigning from his position in December, Pham indicated his intention to move back to Henrico County, where he had run unsuccessfully for commonwealth’s attorney. He was two years old when he and his Vietnamese family entered the United States as a refugee from communism. A graduate of the College of William & Mary and the University of Richmond School of Law, he has worked as a prosecutor and a defender of Richmond police in civil rights cases. He has not formally declared his candidacy for attorney general.

Democrats will continue to brand the GOP as the “old white man’s party” as part of its identitarian strategy. But the candidacy (declared or otherwise) of these eight individuals who include Asians, Hispanics and African Americans, shows that Republicans are capable of becoming a “big tent” party. Remarkably, six of the eight are immigrants or the children of immigrants. If the GOP can avoid the temptation of embracing right-wing grievance and victimhood and espouse instead a philosophy of inclusiveness, openness, opportunity and patriotism, it can turn Virginia back from blue to red.

How embarrassing. My original post omitted Merle Rutledge. (I’ve blogged about him — I should have known better!) The story has been updated to include him.