Challenging JMU with a Slingshot 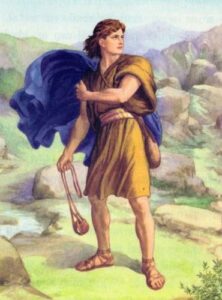 Jake Conley is the Breeze editor suing JMU over FOIA requests the student newspaper made for the location of Covid cases on campus. Call it the Dorms to Avoid suit.

JMU declined to provide the info, citing privacy laws that allow it to withhold health information about issues involving 10 or fewer of its 21,000 students.

It’s worth noting that for 10 or fewer of the 697 cases among on-campus students last year to be in one dorm, there would have to be 70 dorms. Or the 25 dorms the school actually has would have 28 cases each, but never 10 at the same time.

Also worth noting, the Breeze isn’t suing JMU, because the paper is part of JMU and can’t sue itself. So the editor is acting as a citizen of Virginia, and is technically on his own unless someone joins the suit or decides to represent him for free. JMU on the other hand can send its staff attorney or, in a pinch, call in the state Attorney General’s office.

So the first reason Conley may lose is an error in his suit. Just for reference, his description of why he sued says the Freedom of Information Act is federal. It’s not. Those errors are what happens when a gutsy college-age Quixote goes against a massive state institution run by an awkward lawyer.

If JMU can’t find a technical error in the pro se suit – pro se is Latin for talented amateur – then it can argue the merits, which probably exist. Conley cites federal guidance about medical privacy issues that show he read or read about the law. JMU can afford to have someone read the law, the case law, the federal guidance, and 1 Samuel 17.

The Samuel citation is to the story of David and Goliath, with JMU representing the Philistines and Conley trying to scatter their host to the birds of the air and to the wild beasts of the earth. It may not be a strict parallel, partly because David is the one with five thousand shekels of brass.

The third way JMU may win is by claiming the case is moot. If there are no cases in the dorms yet this year – maybe there won’t be – and last year’s numbers can no longer tell the story, JMU can argue that it doesn’t matter anymore, or that last year’s numbers referred to an entirely different group of freshmen. On the other hand, that may undercut their privacy claim.

Conley can argue that moot or not it was a valid claim when it was made, and the information may become relevant again very soon. But whether that works may come down to whether the judge is looking for a reason to support Conley. Yeah, it happens, but I write that with no idea which judge has the case.

That brings us to the moral reason Conley should win, which is that an institution housing more than 6,000 people in close proximity in the middle of a city of 60,000 or so in the middle of the fourth surge of a deadly pandemic should tell that community whether it’s a viral hotspot and what dorms the other students should avoid.

That’s a very long sentence. Alger could have written it. It boils down to JMU should tell people what’s going on, and should go beyond the legal minimum. In a perfect world the school would do it without a wordy preface about how much it cares about the health and safety of the whole wide world, but that’s probably too much to hope for.

Another reason the numbers by dorm would be interesting is that they could be totaled and compared to the number the Virginia Department of Health reported for JMU’s 22807 zip code. That’s not to suggest that JMU’s Covid dashboard numbers were intentionally misleading, but comparing different numbers is often how you wind up with the real ones. For instance, the population figure of 60,000 above is only 52,000 according to the Census. That’s the same Census that says we have 1,200 empty housing units in town. Assume those are undercounted student apartment with 4 tenants each and you’ve found 60 percent of the population the Census missed.

If the judge looks down at JMU’s lawyer(s) and cites the Latin words for horseshit, it could also be a precedent for asking where the 900 unvaccinated employees on campus are. Armchair sociology would suggest they’re clustered in housekeeping and other areas of Facilities Management, the employees who circulate most widely on campus. If I’m wrong about that, JMU could produce the numbers about where those people are as a way of protecting their employees’ reputations, and because the school cares about the health and safety of the whole wide world.

Jake Conley is representing the entire campus and the entire city, whether he means to or not. He’s armed with a slingshot and five stones he picked from the river of legal knowledge. It would be glorious if the DNR, WHSV, the Citizen, and the City Council would file amicus curiae briefs.

Amicus curiae is Latin for we give a damn about this too.