Brace Yourself for a Zero-Carbon Electric Grid 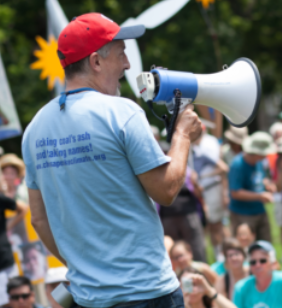 The defeat of the Atlantic Coast Pipeline is just one battle in the ongoing war against fossil fuels in Virginia. Consider these statements in a column published by Mike Tidwell, executive director of the Chesapeake Climate Action Network, in the Virginia Mercury:

It’s no longer enough to say you support wind and solar power. You must be AGAINST fossil fuels. By supporting fracked gas, Democrats have been enablers to Republicans and companies like Dominion Energy who have allowed the destructive fossil fuel era to last much longer than it should have — here and worldwide. …

The mantra for the Democratic Party – and for Republicans when they one day wake up – should be this: No new fossil fuel projects of any kind, anywhere. Period. Stop all the proposed pipelines everywhere. Keep dirty energy in the ground. And rapidly tear down the existing monuments to that bygone era – the drilling towers, the power plants, the compressor stations.

In the historic aftermath of the Atlantic Coast Pipeline cancellation, Virginia should adopt a statutory moratorium on all new fossil fuel infrastructure. This is the next step for a state now moving — albeit belatedly — in the right direction.

Tidwell is not an outlier. He reflects the thinking of the environmentalist mainstream in Virginia. The goal is to achieve a 100% zero-carbon energy grid in Virginia by 2050.

With the defeat of the ACP, the environmental movement has demonstrated its political clout. Dominion Energy has submitted, committing itself to a “sustainable” energy future. A growing solar and wind industry is flexing its political muscles. Environmentalists increasingly dominate the Democratic Party, which shows no sign of relinquishing its control over of state government. The prospect of a “zero carbon” energy grid is something that every Virginian should take very seriously.

The two huge questions are: (1) How much will zero-carbon cost rate payers? and (2) how reliable will the electric grid be? Will the grid be able to stand up to extreme weather events, and what happens if it can’t?

Environmentalists say that a zero-carbon grid will not significantly raise the cost of electricity to consumers. Sure, rates might go up, but they will be offset by energy-conservation initiatives. They may be proven correct in this, although I don’t take their claims as anything but talking points meant to defuse concerns about higher rates. The fact is, the goal of environmentalists is to achieve a zero-carbon grid, and the cost to rate payers is an entirely secondary consideration.

Zero-carbon grid proponents also suggest that reliability issues created by the intermittency of solar and wind output can be dealt with by investing in a “smarter” grid, moving to a more decentralized grid less dependent upon mega-power stations and mega-transmission lines, and adding battery storage, the price of which they are confident will come down in the years ahead. As long as cost is no object (not something that rate payers want to hear), I suspect they will prove to be right 99% of the time. But every couple of years years, Virginia will experience record heat waves, polar vortexes, hurricanes, or prolonged periods of little sun and low wind in which demand will spike, output will plummet, or both will occur simultaneously. Virginia must build a grid with sufficient redundancy to withstand these rare but foreseeable events.

The zero-carbon grid is politically inevitable. There is no sense in opposing the goal. The task of the loyal opposition is to ensure that this utopian aspiration doesn’t wreck Virginia’s economy, doesn’t impose an unnecessary burden on Virginia citizens and, indeed, doesn’t put lives in danger. The burden is now on environmentalists to show they can make zero-carbon work, and our job is to minimize the adverse consequences.

This entry was posted in Energy, Environment, Regulation and tagged James A. Bacon. Bookmark the permalink.