The New Regency, Better than the Old Regency… But Not the Best It Could Be 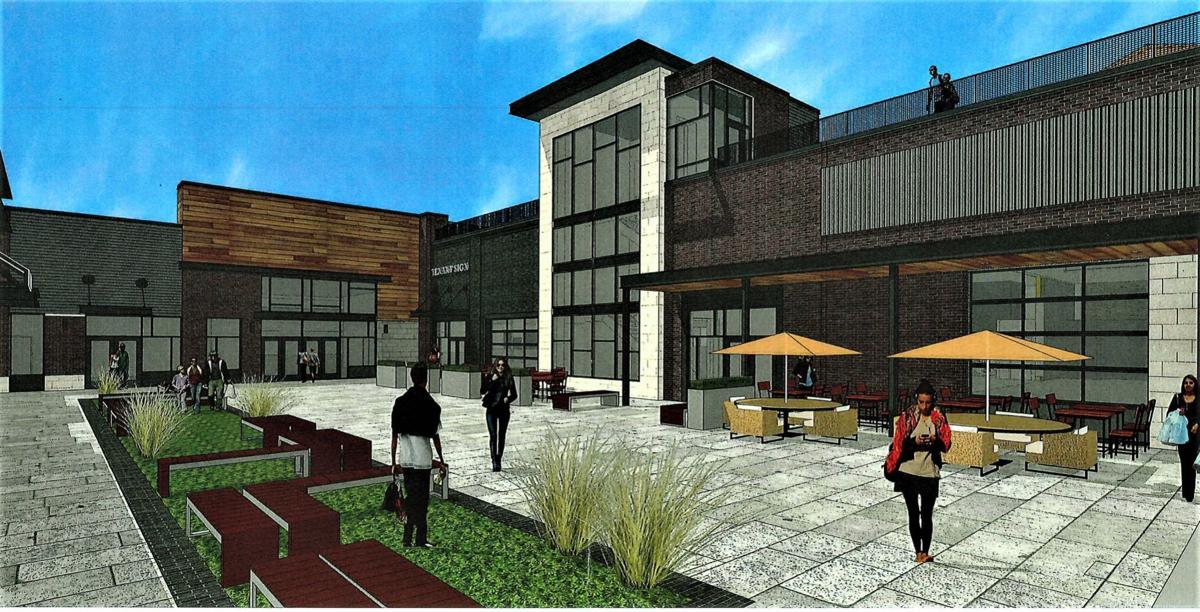 The most important urban redevelopment project in Henrico County is taking place at the old Regency Mall, once a typical suburban mall anchored by department stores, surrounded by acres of asphalt, and disconnected from the shopping centers and neighborhoods around it. Once upon a time, the idea of driving to the mall and then strolling around in air-conditioned comfort was deemed the pinnacle of suburban living. But the Macy’s, and Sears, and many chain stores are all gone.

Five years ago, The Rebkee Co., purchased the parcels for the mall and out buildings for a total of $18.4 million with plans to execute a drastic overhaul. Until very recently, the only signs of change were reconstruction of streets accessing the mall and the addition of several stand-alone chain restaurants such as Panera, Chipotle, First Watch, and Starbucks on the periphery. There was no sign that the new owners had any intention to incorporate any element of walkable urbanism. I wrote off the project as a dumpster drive of a project consisting of buying the property at distress prices and generating quick, low-risk returns… in other words, business as usual that would blow an opportunity to create anything resembling urban living in Henrico.

But I may have been wrong. According to the Richmond Times-Dispatch, Rebkee is undertaking a makeover of the mall as a mixed-use facility combining 320 apartments, entertainment, and some retail.

With the surge in online retail, traditional retail continues a long-term decline. Any mall re-developer has to take that fundamental reality into account. Rebkee is trying to create a destination based on entertainment. The new Regency will include a three-pool “aquatics center,” a Surge trampoline park, a movie theater complex, and a 6,000-square-foot plaza that will host concerts and possibly a farmer’s market.

The developers also are building a 320-unit apartment complex, which will wrap around a 372-car parking deck. A central courtyard will include a swimming pool, fitness center and other amenities. The property has been rezoned to allow up to 1,250 residential units. Penneys maintains a store in the mall, and there will be room for other stores and restaurants. There is no indication in the article that any provision has been made to include office space, however, so the best that can be said is that the project will be partial mixed-use.

The most important gap in the article is any description of how all these elements will be knit together, and how they will integrate with surrounding neighborhoods and shopping centers. Will the reconstituted mall be pedestrian-friendly? If so, will the new Regency be walkable within the complex but otherwise accessibly only by car, as several other self-contained Henrico developments are? Or will it provide pedestrian access to neighboring properties and catalyze the re-development of a much larger area?

Building islands of walkability is preferable to building more surface parking lots. But an archipelago of walkable islands doesn’t add up to much. Henrico needs what the City of Richmond has, which is entire neighborhoods of walkability seamlessly stitched together that allows inhabitants to walk more and drive less. The biggest missing element appears to be the lack of commercial office space, thus eliminating any hope of anyone walking to work.

From what I’ve seen in the mall itself and read in the RTD article, the new Regency will be a big improvement over the old Regency but will fall short of what Henrico needs it to be.

This entry was posted in Land use & development. Bookmark the permalink.