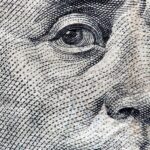 Virginia’s House of Delegates is both doctrinaire and ineffective. Oh, and scared witless of Covid-19. They’re working in their bathrobes, while members of the Senate actually show up every day.

If you’re wondering why these lawmakers turned what was supposed to be a short summer special session to deal with a hole in the budget into a marathon soft-on-crime-screw-the-cops festival, blame Michael Bloomberg.

The meddling billionaire from New York poured millions into Virginia state races in 2019  through two of his PACs. His money helped flip both houses of the General Assembly blue. The Democrats, who were beneficiaries of Bloomberg’s largesse, slurped up his loot and are now busy pushing the former New York mayor’s far-left agenda in Richmond.

You can’t say they aren’t grateful.

Now Bloomberg has turned his attention to the critical swing state of Florida.

In addition to the $100 million he’s pledged to the Florida Biden campaign, Bloomberg is paying off the fines, fees and restitutions of 32,000 Florida felons so they’ll be eligible to vote in Novermber’s election. Florida state law bars convicts from voting until they’ve repaid the dough they owe their victims and the courts.

And some of us thought the paying of restitution was supposed to teach criminals a lesson. Guess not.

Bloomberg’s move is reminiscent of the chicanery that former Virginia Gov. Terry McAuliffe engaged in back in 2016 when he violated state law by offering a blanket restoration of civil rights to 206,000 felons in time to vote for his pal, Hillary Clinton.

The Virginia Supreme Court slapped down his shenanigans and McAuliffe had to return to restoring rights the old-fashioned way: One at a time.

Bloomberg, too, may have run afoul of the law with his latest money-buys-everything campaign.

Florida Rep. Matt Gaetz has asked his state attorney general to investigate whether Bloomberg is breaking laws that say it is illegal to directly or indirectly influence a vote.

“It’s not every felon. It’s just those which they have specifically identified as the Biden voters,” said Rep. Matt Gaetz said. “That’s offering a bribe, an inducement, for someone to behave a certain way in voting.”

Is this a bribe? I’m not a lawyer. Certainly Bloomberg can’t be certain the ex-cons that he bails out of debt will vote for Biden or vote at all.

But Bloomberg’s research must tell him there’s an excellent chance that the newly enfranchised voters will cast ballots for the left-wing candidates in the race.

I can’t help but wonder if it ever bothers Democrats to know that theirs is the preferred party of those who commit serious – sometimes heinous – crimes.

And never bother to pay their fines or restitution.

This entry was posted in Money in politics and tagged Kerry Dougherty. Bookmark the permalink.