Are We Willing to Require Health Care Workers to Get Vaccinated If There Are No Replacements? 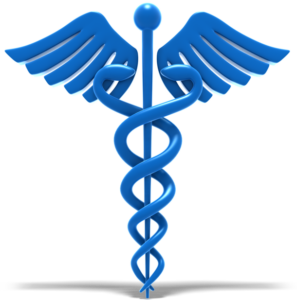 Sometimes reality trumps policy. The headline asks a question for which I do not have an answer.

My personal position is that all health care workers and all school workers should get vaccinated. Reality suggests that changing the verb from “should” to “must” depends on the availability of replacements, the necessity of the service and risks and rewards of both options.

Replacements are the problem in Virginia.

The Washington Post published an article “Get the vaccine or get fired? In Shenandoah Valley, some nurses choose termination”.

So, there it is. The stark choice.

Among the mid-Atlantic states, New York, New Jersey, Pennsylvania, Delaware, Maryland, Washington, D.C., Virginia and West Virginia, we have the lowest ratio of nurses. Also the lowest among neighboring states.

I personally blame that on the control by regional provider monopolies of the labor market. Doesn’t matter why in this instance. Only that it is true. We have a massive shortage of nurses.

So in the case detailed in the article,

“The nurses’ employer, Valley Health, the parent company of Winchester Medical Center, had given them an ultimatum: Get the shot or face termination.

For the majority of Valley Health employees, the policy was not a problem; 75 percent are fully vaccinated, the company said.

But in a region where vaccination rates are lower than they are statewide, Valley Health’s mandate prompted a furious community debate, with numerous protests outside Valley Health’s hospitals in Front Royal and Winchester, and pleas from unvaccinated people demanding intervention from local government to stop the mandate.

Katie Hart, a certified family nurse practitioner at Valley Health’s urgent care facility in Martinsburg, W.Va., said they might be more willing to consider the shot if they didn’t feel coerced.

Now, though, they were willing to lose their livelihoods if that’s what refusing the vaccine would mean. Hart said they would not budge. “This is the hill to die on,” she said.

It’s unclear how many nurses or other staffers may ultimately choose to resign or be fired; a Valley Health spokeswoman said an accurate count won’t be available until after the process for seeking exemptions is complete. Staffers have until Sept. 7 to get their first shot.

Lloyd, the Front Royal councilman and an attorney, said dozens of Valley Health workers — he estimated more than 150 — have since reached out to him, some seeking legal defense, and they are now weighing their options.

“We’re going to do what we need to do to staff our hospitals” no matter what happens, said Jeffrey Feit, a physician and Valley Health’s population health and community health officer, who worked on the policy.

Based on the statewide nursing shortage, it appears that Feit may be bluffing, whether he knows it or not.

I’d like to offer my usual sage advice, but I don’t have any. Other than it is not a partisan or even a policy issue.

It is a demand/supply problem.

This entry was posted in Health Care and tagged James Sherlock. Bookmark the permalink.