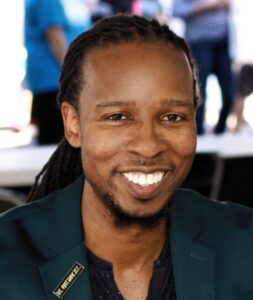 Amazon donated hundreds of copies of a racist, error-filled book by a critical race theorist to Arlington County public schools. In doing so, the Seattle-based company helped poison young minds and taught high-school students falsehoods about America’s history and politics. It did this at the urging of a school official in Arlington.

Amazon, which is building its East Coast headquarters in Arlington, donated the copies of Kendi’s book after “Amazon employees reached out to Arlington Public Schools as part of ‘NeighborGood,’ a program to donate $100,000 to schools and other institutions that ’empower black voices and serve black communities.’”

Although Amazon offered “to purchase Kindles or other equipment, Arlington Public Schools director of diversity and inclusion Arron Gregory requested copies of Kendi’s “Stamped: Racism, Antiracism, and You.” Amazon donated between 500 to600 copies of the book to Wakefield High School and paid $10,000 to have Kendi’s coauthor Jason Reynolds address students,” reports the Free Beacon.

“Amazon public relations manager Justin Grayson oversaw the donation of Kendi’s book and an accompanying study guide to Wakefield High School. The guide explains how Stamped ‘debunks the myths of several master narrative themes,’ including the notion that “America is a meritocracy” and that ‘truth and justice (or law and order) should be valued.’”

Last August, the largest school system in Virginia paid Kendi $20,000 for an hour-long presentation about anti-racism. The Fairfax County Public Schools paid Kendi this extravagant sum, even as it paid bus drivers to drive empty school buses during school closures.

As law professor David Bernstein notes, Kendi’s book “Stamped” contains a huge number of errors about historical facts. For example, Kendi falsely blames the conservative columnist Charles Krauthammer for coming up with the term “crack baby,” when it had been used by the liberal New York Times months earlier, and he falsely suggests that the term had a racist origin. Kendi claims that cop-killer Mumia Abu Jamal was a political prisoner, while Mumia was actually a murderer duly convicted by a jury after full due process.

Kendi peddles the baseless conspiracy theory that “the Bush administration directed FEMA to delay its response” to a devastating hurricane “in order to amplify the destructive reward for those who would benefit.” This claim has been debunked by people like former Democratic National Committee chairwoman Donna Brazile, who noted that the Bush administration sincerely tried to help the massive number of hurricane victims, and that the administration’s response became quite effective over time.

Kendi falsely claims that President Bush promoted “anti-Islamic” sentiments, when Bush actually said that Islam was a “religion of peace.” Kendi claims the bipartisan No Child Left Behind Law signed by President Bush and backed by Democratic leaders put the blame on black parents, and black teachers, for bad school performance, when the opposite was true: That law never blamed or singled out black teachers or parents, and sought to hold schools, not blacks, accountable for blacks passing standardized tests at lower rates than whites. In fact, as the Applied Research Center notes, the No Child Left Behind Law “was grounded” on the premise that “the achievement gap between children of color and white children (as well as between rich and poor) is not acceptable” and that “the educational system must be held accountable for closing this gap.”

Kendi also misrepresents what the Nation of Islam believes, omitting its racism; falsely claims that the 1964 Civil Rights Act caused a racist backlash; and implies black legislators were against the drug war when they weren’t — indeed, black legislators overwhelmingly voted to increase penalties for crack.

Kendi falsely claims that communist black activist Angela Davis rejected white influence when she was in fact a Communist Party member who faithfully followed the teachings of white communist leaders, and was influenced most heavily by the white communist Herbert Marcuse. He misleads readers about Davis in connection with a kidnapping and murder that was committed using guns she owned.

Kendi falsely claims that an anti-Trump scholar “rallied for Republicans” when he never did, and works for a non-partisan think-tank.

He also scapegoats white people for racial “disparities” they did not cause.

The “heroine” in Kendi’s book “is a notorious anti-Semite, Angela Davis,” notes Bernstein. “While Kendi disparages a host of American civil rights heroes, from Frederick Douglass to Martin Luther King as being too moderate, Davis is his odd choice as an antiracist exemplar. After a dubious acquittal from a charge of conspiracy to murder … she spent the most productive years of her career as an activist for the American Communist Party.” She disparaged jailed Jewish dissidents in the Soviet Union as “‘Zionist fascists and opponents of socialism’” who should “be kept in prison.”

Kendi’s books leave a false impression about people’s legal rights. His core teaching is that society needs to discriminate against whites to make up for past discrimination against blacks.

But that’s often illegal, because of its racism. For example, courts have ruled that it violates the Constitution and the Civil Rights Act to fire white teachers to “remedy” past discrimination or promote racial “diversity.” (See Wygant v. Jackson Board of Education (1986); Taxman v. Board of Education (1996)).

Hans Bader is an attorney who lives in Northern Virginia. This column, republished with permission, first appeared in Liberty Unyielding.

This entry was posted in Culture wars, Race and race relations and tagged Hans Bader. Bookmark the permalink.