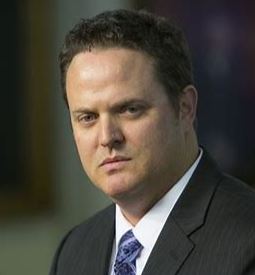 After months of kowtowing to the local teachers’ union — er education association — which is doing its best to keep classrooms closed, he belatedly joined the common sense get-the-kids-back-in-class crowd.

Spence was persuaded, it seems, by medical experts who told him what many have known since last spring: That youngsters are not being infected by COVID-19 at significant rates, they tend to have very mild symptoms if they do test positive, and they’re terrible vectors of COVID-19. In other words, they don’t spread the virus.

He also noted that mental health-related visits were up sharply among Beach school children, with more than a 30% jump among high school students.

Almost as if isolation might lead to clinical depression. Who knew?

Oh, and the kids aren’t learning much in virtual settings. Of course, THAT sad verdict was in back in June. Pity it took seven months for educators to get the memo.

Spence announced his change of heart last night at a school board workshop. He followed up with a letter to the school community:

Data from the last four months, with schools open both in Virginia Beach but also across the state and nation, now shows us that what matters most is monitoring the impact of our health and safety protocols on transmission in our schools—and that schools can be open safely, even with varying degrees of community spread.

So the bottom line is this: Students and teachers belong together in the classrooms, and I believe we must safely put them there. And, the science shows it’s the right thing to do.

Recent studies have shown that COVID-19 transmission rates are driven by the community, not within schools and that in-school transmission is negligible when schools effectively implement health and safety mitigations.

Whether an infectious disease spreads in schools depends on two factors: how often children get infected with the coronavirus, and how easily they transmit the disease to others. If students were to be both very susceptible and highly infectious, schools would likely drive new outbreaks of COVID-19, as they do with influenza. But if children are poor catchers and slight spreaders, schools should simply mirror what’s happening in the wider community.

The school chief wants kids back in class beginning with pre-K through 6th graders on January 19th and with older students back in February. Children whose parents want them in remote learning will continue to sit at home.

It’ll be another loony hybrid arrangement in high schools, however. It appears that Mondays may be a teacher planning day and half the alphabet coming in on Tuesdays and Thursdays and the other half coming in on Wednesdays and Fridays.

Two days of in-person learning for students every week. Sigh. Better than nothing, I suppose.

Beach schools tried this wacky schedule in the fall and it lasted two days before the experiment was called off.

Most private and parochial school students have been in class five days a week since August with very few problems. Best of all, they’re LEARNING!

Meanwhile, public school kids are depressed and falling behind academically.

This is a crisis.

The school board votes on Spence’s return-to-class proposal on January 12th. We’ll see just how effective he is as a leader when the votes are tallied.

No doubt the teachers’ association will pressure their poodles on the school board to keep schools closed.

Question is, will elected officials do what’s best for students or will they keep the militant teachers’ association happy?