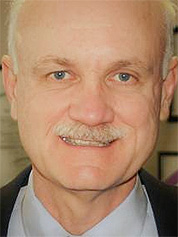 On Monday, Mark Christie took the oath of office to become a member of the Federal Energy Regulatory Commission and simultaneously vacated his seat on the Virginia State Corporation Commission. He did it sitting in one of the SCC courtrooms downtown.  The following is an excerpt from remarks (in full here) he made from the bench before U.S. Fourth Circuit Court Judge Steve Agee administered the oath to join FERC.

The reason I have so enjoyed this Commission, and am so sad to leave, is our culture. The culture of the SCC consists of the following three primary elements:

Independence – I was asked at my Senate hearing if I would respect the independence of FERC. I said absolutely, because I have spent 17 years respecting and defending the independence of the Virginia State Corporation Commission. Like FERC, the Va. SCC respects — but does not work for — the executive branch, we are independent, and our job is to defend the public interest, not enact the policy agendas of any Governor or any single member of the legislature.

And because we’re independent we hire professionals without regard to politics and we then we let our staff be professionals. We never tell them to make findings or take positions in cases to serve some political or special-interest agenda.

And because we’re independent, we’re non-partisan. As a corollary to professionalism, I said at my Senate hearing the SCC is not bipartisan, it is non-partisan, and that is a major difference. At the SCC we check partisan affiliations at the door.

Commitment to law. Even though we’re independent, we are committed to following the laws enacted by those elected by the voters (even when we might think those laws are, to put it charitably, not a great idea). But every administrative agency has to follow the law whether we like that law or not

Orwell was writing well over a half-century ago, but the roots of the flight from truth go back even further. Nietzsche argued just before the dawn of the 20th century that truth was just a subjective construct and every person constructs his own truth. Well, Nietzsche was not a trial lawyer (or a judge) and I don’t know whether he knew the difference between a fact witness and an expert witness, but facts are not subjective constructs made up by each person. Facts are provable. As Senator Daniel Patrick Moynihan once said on the Senate floor, “You are entitled to your own opinions, but not to your own facts.”

And here at this Commission, for the past 17 years we have been dedicated to putting out the facts without fear or favor. I have repeatedly said to our SCC staff that while the General Assembly can pass laws that dictate the outcome of cases, it can never take away our willingness to tell the truth about the real costs and real impacts of laws on those Virginians who have to pay the bills, the residential consumers, the businesses, small and large, and on the impact on Virginia’s economy as a whole, which means jobs. And here at the Virginia SCC we have told the truth consistently:

So, for 17 years we have put out the facts – we have told the truths based on those facts — and more than anything I am proud of that.

Ken Schrad, our director of public information, had a great line, and I wish it were mine, but I can’t plagiarize.

So here is Ken’s line: “When you come to the Va. SCC, you better bring facts, not press releases” – and I would add, not political or ideological narratives, and not so-called studies that through an amazing coincidence always seem to line up exactly with the monetary interests of the groups who paid for the studies.

And I fervently hope – not only as a soon-to-be former SCC commissioner, but as a citizen of Virginia — that long after I’ve gone, this Commission will continue to be both independent and honest in its defense of the public interest.

It is our hope, as well, Commissioner. We’ll let you know how it works out.

Christie, who I have known for almost 40 years, will serve FERC fearlessly. His bio outline is here. For the off-the-record version, buy me drinks. I’ve known Judge Agee about the same length of time. This is a day for me to reflect on those two spectacular public servants, and the many others who made me proud to serve as spear holder to so many GOP elected and appointed officials.

This entry was posted in Regulation and tagged Stephen D. Haner. Bookmark the permalink.