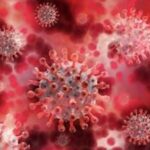 “While we believe that the vaccine is a critical tool in the fight against COVID-19, we strongly believe that the Federal government cannot impose its will and restrict the freedoms of Americans, and that Virginia is at its best when her people are allowed to make the best decisions for their families or businesses,” they said in a press release.

While Youngkin and Miyares were pushing one way, the University of Virginia was moving in the opposite direction.

In a communication to the UVa community, President Jim Ryan announced that the global spike in COVID-19 cases attributable to the Omicron variant had prompted him to take additional measures to prevent the spread. UVa is advancing the deadline for students, faculty and staff to get a COVID booster shot. The deadline — probably not a coincidence — is January 14, one day before Youngkin and Miyares take office.

Ryan said that advancing the booster deadline will dampen the spike in serious COVID-19 cases that could strain healthcare resources as well as university isolation and quarantine space. “We will ensure that the highest number of UVA community members possible are as protected as they can be from COVID-19 infection, serious illness, and hospitalization as the in-person semester gets underway.”

I share the Youngkin-Miyares view. I would urge most people to take the needle, but I would not compel them to do so. The COVID-19 virus is continually shifting, the science lags, the data is imperfect, and the interpretation (on all sides) of the science and data is driven largely by peoples’ political sympathies. Given those realities, citizens should be free to make their own choices based on their own risk assessments.

Many do not share that view. Many think that letting Virginians do what’s best for themselves individually will not optimize the public good. Of course, such people believe they know what’s best, others are mired in ignorance, and their views should prevail.

I’ve just finished listening to former FDA Commissioner Scott Gottlieb’s book, “Uncontrolled Spread.” While he points to political interference as a factor in America’s poor response to the epidemic, the inability to compile and report accurate and useful information on a timely basis was a systemic underlying failure. For instance, he cites the early belief, based upon influenza modeling in the absence of hard data, that COVID-19 could be spread by touching surfaces where the virus resided. But the virus was an airborne disease. Americans spent untold time and resources wiping down surfaces to no useful effect. (Well, there was one positive effect — all that wiping did stem the transmission of influenza.) Another example was Centers for Disease Control guidance that insisted that people stay six feet apart, forcing many schools to shut down because they had no room to provide that much separation. As it turned out, there was no scientific basis for that guidance.

Despite  massive volumes of data collected, there is so much that we don’t know.

For example, the Virginia Department of Health (VDH) keeps track of so-called “breakthrough infections” — a recognition of the reality that COVID vaccines, while largely effective, are not perfectly so. The VDH dashboard treats us to these factoids:

That sounds pretty convincing. Indeed, I quoted that data in a post yesterday.

But, upon reflection, the data doesn’t help us much. We have gone through three phases of COVID-19 — the original strain of the virus, the Delta variant, and now the Omicron variant. Each successive strain was more transmissible than the previous wave. But Omicron appears to be significantly less deadly. Reporting case, hospitalization and death ratios in the aggregate for all three strains obscures what’s happening right now with Omicron.

Another example: once upon a time, we thought two shots of the Pfizer and Moderna vaccines would suffice to protect us. Then, it turned out, their protection faded. The Masters of the Universe then told us we needed a booster to maintain their efficacy. UVa (like many others) insisted that everyone get vaccinated… and then get the booster… regardless of whether they had developed natural immunities. Some say natural immunities fade more quickly than the vaccines, therefore vaccination mandates are justified. Some say natural immunities last longer. What do the data say?

The data say nothing because no one in Virginia has collected and reported it in a way that would answer the question. (Neither, it appears, has the CDC.) Not only do we not know the vaccines’ relative efficacy (compared to natural immunity) in reducing severe outcomes, we don’t know their relative efficacy in reducing transmission. The knowledge we lack is fundamental to making intelligent decisions. It is astonishing that such an information void persists two years into the epidemic.

The VDH and UVa data sets have another massive hole — they don’t tell us how many Virginians react badly to the vaccines. Anti-vaxxers point to the Vaccine Adverse Event Reporting System (VAERS), in which individuals can report adverse events to Health and Human Services. At present, VAERS reports 17,142 adverse incidents in Virginia. Knowing that not all adverse events are reported, a big question is what multiplier we should use to get to the real number. Is the real number 35,000 million? Or 70,000? Surely that data is relevant to any decision whether or not to mandate a vaccine.

Finally, I have seen it widely reported (and rarely contradicted) that the severity of the illness varies with specific medical conditions such as obesity and Vitamin D deficiency. If this is so, why aren’t we collecting and reporting this data so individuals can make reasonable assessments of their vulnerability to the disease based on their personal risk profiles?

If a UVa student is young, has acquired natural immunities, is not obese and has no vitamin deficiencies, he or she appears to be at negligible risk of contracting and spreading COVID. UVa’s own data demonstrates that the spread of Omicron is spiking among faculty and staff, not students.

Mandating vaccinations for faculty and staff, though morally troubling, is at least comprehensible from a public health perspective. For students, it’s not even comprehensible.

Too much of COVID policy, I fear, arises from groupthink based on imperfect knowledge derived from incomplete data. Like Youngkin and Miyares, I would err on the side of personal freedom.

This entry was posted in Public safety & health, Uncategorized and tagged COVID-19, James A. Bacon, University of Virginia. Bookmark the permalink.