Who Does UVa’s Alumni Association Serve? 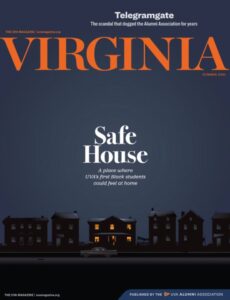 As the anti-Vietnam War protests were peaking in May 1970, board members of the University of Virginia Alumni Association were alarmed by student unrest at their alma mater. They took the unprecedented step of sending a telegram to the parents of every undergraduate student and urged them to speak to their sons (almost all UVa students then were male) and call upon them to “act thoughtfully and responsibly.” The language couldn’t have been milder, but it prompted a backlash against the alumni association that lingers to this day.

The current edition of Virginia, the alumni association magazine, devotes eight full pages to the episode. Other articles dwell on the travails of UVa’s first Black students, the administration’s response to the COVID epidemic, and the activities of two committees: one to reassess names and memorials on the grounds, and one to craft a statement on free speech and expression.

Any one of these topics is a legitimate subject of inquiry. The Vietnam war was a tumultuous time. The first Blacks at UVa did encounter hardships. COVID policy is a pressing concern. And other universities are reviewing names and memorials. What’s the big deal if UVa does, too?

It’s a big deal because there’s no balance. The alumni magazine addresses the preoccupations of alumni with left-of-center political beliefs and ignores the concerns of conservative alumni. The Alumni Association had better take care. It may not be blasting out Western Union telegrams, but it is sending messages in its print and online publications that could create a backlash.

To many alumni, the single-most pressing issue on colleges campuses today is the suppression of free thought and expression by a left-wing cancel culture. Yet the University of Virginia Alumni Association would rather write about controversies that occurred 50 years ago than address the very real threats today — even when given the perfect opportunity to do so.

The Virginia article about the two committees devoted a half page to the committee dedicated to free speech and expression. The one free-speech issue specifically alluded to was the infamous F*** UVA sign that a Lawn resident posted on her door, which the Ryan administration refused to remove on free-speech grounds. One would think that the issues raised by the case — balancing the student’s right to free expression versus the university’s obligation to enforce contractual terms of her Lawn residency and preserve the dignity of a World Heritage site — might prove of interest to a broad alumni audience. But the magazine editor evidently did not see it that way.

The article also mentioned in passing that “a group of critics” called for the university to reaffirm the important of diversity of thought, but the author evidently saw no need to explore the thinking of these critics, much less to cite the extensive committee testimony by faculty and students regarding UVa’s culture of intolerance. The only controversy the author deemed worth of mention was whether UVa should adopt the so-called Chicago Principles or fashion its own statement.

President Ryan has a vast public relations apparatus — print, online and video — at his disposal to disseminate his views and build his cult of personality. UVA Today is no more than a house organ. The Cavalier Daily, the student newspaper, is independent of the administration but is edited and reported by students who share a world view that is, if anything, to the left of the Ryan team. One would hope that the alumni association at least might adopt embrace a broader perspective and give voice views reflective of its constituency.

Sadly, the UVa alumni association has resolutely ignored the concerns of conservative alumni. As far as I can tell, the association carries out only few functions: convening alumni reunions and events, operating as a fund-raising adjunct to the university’s development department, writing rah-rah articles about Wahoo students and alumni, and cheerleading the initiatives of Ryan and the Board of Visitors.

I would suggest that UVa’s alumni association, like alumni associations across the country, are a big part of the problem with higher education today. Having allowed themselves to be co-opted by college administrators, they don’t speak truth to power. They are tools of those in power. Whatever the wisdom or folly of the alumni board members who sent out that 1970 telegram, at least they stood for something.

Jim Bacon is vice president-communications for The Jefferson Council. He does NOT speak for the organization in this post. The views expressed here are entirely his own.