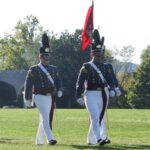 Barnes & Thornburg LLP, the special investigator selected to probe racism at Virginia Military Institute, released its first progress report today, as required by contract. The law firm has not had enough time to draw any conclusions, but the report does describe the testy relationship between the firm and VMI administrators as the investigation unfolds.

VMI has hired its own law firm as counsel, and disagreements have arisen over how to conduct the investigation. The two parties have sparred over VMI’s request that legal counsel attend an administrative briefing and sit in on interviews of faculty, staff, and cadets. Also, Barnes & Thornburg has sought assurances that individuals speaking to investigators will not be retaliated against.

“The Team firmly believes that the presence of VMI representatives will undermine the independence and effectiveness of the investigation, and may well deter the cadets and faculty being interviewed from being as forthcoming as they might otherwise be,” states the report.

It’s not surprising that VMI administrators are feeling defensive considering the origins of the inquiry. The investigation arose from a series of Washington Post articles accusing the military academy of “relentless racism.” Decrying what he called the “clear and appalling culture of ongoing structural racism,” Northam announced in October that he would hire an independent outside investigator to probe the charges. To some VMI officials and alumni, it appeared as if the fix was in.

The RFP for the contract, administered by the State Council of Higher Education for Virginia, gave the investigator a wide scope: not only to identify civil rights violations and threats of racial violence, but to gauge if there is a “culture of racial intolerance” at VMI, and to determine if there are “equity gaps” in VMI’s culture, policies, practices, and traditions. Additionally, the investigator is ordered to compare VMI “across multiple dimensions” to other Virginia public universities and to recommend reforms.

The procurement process resulted in the selection of Barnes & Thornburg, a law firm that emphasizes its commitment to racial justice. “We at Barnes & Thornburg wholly denounce racism in any form,” states the firm’s website, “and seek to play a part, in whatever way we can, to address the burdens the [death of George Floyd] in Minneapolis have brought and the larger social forces that led to them.”

The interim report said that the special investigative team has met “virtually” with VMI’s leadership several times, started conducting alumni interviews, and submitted document requests. Work was delayed by “procedural issues,” in particular the “surprise involvement” of VMI counsel McGuireWoods LLP and then the reassignment of that role to Eckert Seamans Cherin & Mellott LLC, says the interim report. Negotiating with VMI the rules of engagement “has consumed valuable time that the Team could have spent on conducting substantive fact-finding work.”

Investigators did set up a videoconference to meet VMI leadership, including VMI’s interim superintendent, Major General Cedric Wins, and other senior officers, and has arranged subsequent weekly teleconferences. A meeting in which VMI was to make a formal presentation was canceled when the team objected to the presence of VMI’s counsel. That meeting was rescheduled, however, and the VMI brass provided an overview of VMI’s mission, the central role of its honor code, and other distinctive aspects of the culture such as “rats,” the “dyke system,” and “sweat parties.”

According to the interim report, Wins also described some of his activities since his recent appointment after the resignation of the previous superintendent, J.H. Binford Peay III. He has engaged in listening sessions with various segments of the corps of cadets, including the Promaji Club for minority groups. Wins, who is African American and an alumnus, said he intends to focus on five areas, including (1) a commitment to honor, (2) the VMI brand, (3) diversity and inclusion, (4) a commitment to winning, and (5) an approach he describes as “One VMI.”

The investigative team intends to interview current cadets, members of the faculty and administration, and alumni. Disagreements have arisen over how those interviews should be conducted. States the interim report:

VMI has asked several times that it be allowed to have VMI representatives (including counsel for VMI) present during interviews of current cadets and employees. But the Team firmly believes that the presence of VMI representatives will undermine the independence and effectiveness of the investigation and may well deter the cadets and faculty being interviewed from being as forthcoming as they might otherwise be.

The interim report did not disclose what reasons VMI has given for wanting its  counsel to observe the interviews, stating only that VMI did not give a clear answer. However, it is not uncommon for the subjects of such proceedings to want to observe interviews to see if investigators are asking leading questions, pressuring interviewees or using other questionable tactics to elicit the response they are looking for, which in this case could be evidence of racism.

In the face of Barnes & Thornburg resistance, VMI countered with a proposal that interviewees be “given the option” to have VMI counsel present. Barnes & Thornburg found that “just as problematic.” VMI and the investigators are still working through the issue.

The special investigations team also has sought assurances that VMI will not take disciplinary action against cadets, faculty or administrators. VMI has given its commitment not to do so. The two parties are working on a joint statement that will “encourage cadets and other interviewees to be forthcoming.”

Update: Here is the Washington Post’s spin on the story. Headline: “VMI resists letting investigators interview cadets, faculty without its lawyers present, report says.” The story contains nothing substantive that I haven’t reported in this post, except for this quote from VMI spokesman Bill Wyatt:

Wyatt, said the school believes that cadets, faculty and staff should have access to the college’s lawyers if they want it.

“How does that undermine the investigation?” Wyatt asked. “We have provided them thousands of pages of documents already and are not in any way impeding who they speak with. While the attorneys work out their differences, we continue to cooperate fully with their review.”

This entry was posted in Education (higher ed), Scandals and tagged James A. Bacon, Virginia Military Institute. Bookmark the permalink.