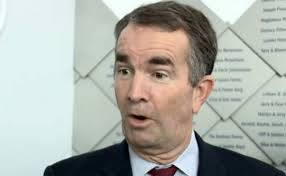 Politics over science. Michael Hartney is a national fellow at the Hoover Institution, Stanford University, and an assistant professor of political science at Boston College. He and a collaborator have studied school reopening decisions across the United States looking for factors that correlate with the seemingly arbitrary differences in school reopening policies from one school system to the next. His conclusion is that the politics of the community and the strength of the teachers’ unions play a far greater role in reopening decisions than any application of science. As Hartney writes in an Newsweek op-ed piece, “Education policymakers should consider public health indicators like the number of COVID cases, deaths and the acuteness of the pandemic’s spread in a given community when deciding when and how much to reopen schools. But such factors have not driven decision-making. Instead, it is partisanship and the power of the teachers’ unions that have largely determined which schools opened and how much they opened.”

Facts are stubborn things. Hartley’s analysis seems thorough. He studied nearly 10,000 school districts. The correlation between political attitude and school reopening policies appears to be real. As Hartley writes, “Even when comparing schools in counties that experienced very similar case rates, partisanship best predicted whether schools opened. For example, counties that voted 60 percent for Hillary Clinton in 2016 were nearly 20 percentage points less likely to hold in-person classes than counties that backed Donald Trump to the same degree.” A look at Virginia’s reopening map shows a notable east – west division between the 68 school divisions that are fully remote and the 64 divisions that have some level of generalized in-person teaching.

Paging Doctor Northam. Back in June, Virginia’s medical doctor turned governor announced a three-phased school reopening plan. Given that Northam is a Democrat, the plan must certainly have been based in science. Right? In high- level terms, Phase 1 was virtual, Phase 2 was in-person for younger students and Phase 3 was in-person with social distancing requirements. Phase 1 was the default. Schools which wanted to reopen under Phase 2 or Phase 3 had to submit plans to the Virginia Department of Education (VDOE) documenting how they would achieve the safety measures required for broader reopening. Those plans had to comport with Northam’s presumably scientific rules which included requirements such as, “Therefore, in school settings, schools are encouraged to aim for six feet of physical distance to the greatest extent possible; however, if six feet of distance is not feasible (inclusive of buildings and school buses), schools should implement a combination of face coverings and a minimum of three feet distance between everyone present.”

Good news, we can open! School districts throughout the Commonwealth got busy with Gov Northam’s rules for reopening. Measurements were taken, schedules were analyzed, new student traffic flows through hallways were devised. In many school districts there was welcome news — some level of in-person teaching would be available in compliance with Gov Northam’s reopening guidelines. For example, Fairfax County, the state’s largest public school district, would open with hybrid in-person / virtual instruction. Presumably, the Fairfax County plan was developed in conjunction with Northam’s guidelines, submitted to VDOE and approved. Parents could opt for virtual or partial in-person schooling for their children. In one of the most liberal and highly educated counties in America 60% of the parents opted for in-person instruction.

Science be damned. Almost immediately after Fairfax County Public Schools superintendent Scott Brabrand announced the hybrid plan the teachers went into what only can be called a meltdown. The three Fairfax County teachers’ associations were loud in their dissent. “Our educators are overwhelmingly not comfortable returning to schools,” said Tina Williams, president of the Fairfax County Federation of Teachers. “They fear for their lives, the lives of their students and the lives of their families.”

Chicken Little. The apocalypse predicted by the Fairfax teachers’ associations has not happened in Virginia school districts that have reopened with partial or full-time in-person instruction. There has been no reprisal of the “bring out your dead” scene from the Monty Python and the Holy Grail movie. In fact, repeated internet searches looking for shutdowns of Virginia public schools which originally opened for in-person teaching brought no results. Some large public school systems in Virginia seem to have noticed. Chesterfield County Public Schools recently announced plans to reopen some in-person teaching based on the use of student cohorts. Fairfax County’s unambitious plan to reopen in-person teaching for 3.5% of the county’s public school students this month has met with renewed opposition from the teachers’ associations. Those associations are pushing their plan called “11 pillars for a safe reopening.”  Those pillars seem so restrictive that they effectively prohibit the schools from reopening at all. They also disregard the fact that school systems are open for in-person teaching across Virginia without the 11 pillars and without widespread outbreaks.

Northam fiddles while Virginia burns. Ralph Northam has proven adept at governing through decree. He continues to punish small business owners by banning bar seating despite the fact that such seating is allowed in other states like Maryland with proper social distancing. Apparently Covid Virginius is a strain of the virus that specifically seeks out people sitting on barstools. Yet Northam’s fixation with the minutiae of where restaurant patrons sit is not matched by any sense whatsoever of resolving Virginia’s ridiculous, politically driven school reopening approach. Chesterfield will reopen while Henrico remains closed. Loudoun will reopen while Fairfax remains closed.

Such is the state of Democrats’ insistence on “following the science.” Apparently, science changes by county in Virginia. It’s high time for our governor to wake up and insist that Virginia public school systems reopen based on science-based guidelines whether the teachers’ associations like it or not. Anything less differentially punishes lower income students whose parents can’t afford tutors or private schools. These students are disproportionately minorities. If Ralph Northam and his ilk really wanted to address structural racism he’d demand that Virginia’s public schools reopen with a consistent, science-based approach.