The New Secret Weapon in Economic Development: Mine Water 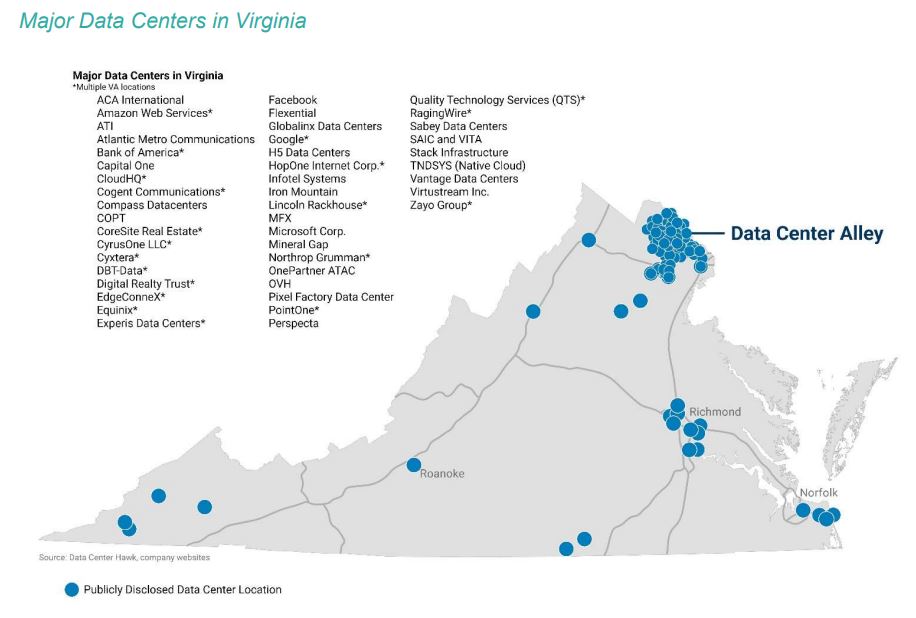 I don’t know if the latest scheme cooked up by Southwest Virginia’s economic developers is crackpot or genius, but it certainly is intriguing. As the coal industry of the state’s coal counties continues to bleed out, regional leaders are looking for ways to diversify the economy. And they think they might have identified a unique resource in the region — geothermal cooling — that will make it attractive to data centers.

Data centers are energy hogs. Massive banks of servers generate a lot of heat, which takes a lot of energy to cool. As a consequence, electricity is one of the biggest cost components of every data center.

A data center in Pennsylvania uses an limestone cave, which has continually replenished supply of 52° water, to cool a data center. As it happens, Southwest Virginia has limestone caves. Moreover, the region is riddled with underground coal mines that have flooded with water. According to an InvestSWVA report, “Project Oasis: Market Analysis for Data Center Investment in Southwest Virginia,” using mine water for cooling could reduce the electricity required for cooling the data center by 90%. The annual savings would be more than $1 million annually. 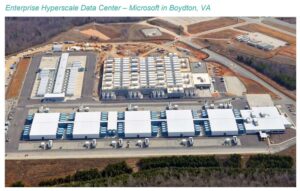 Labor requirements for operating a data center should not be a barrier. Facilities typically employ only 40 people or so, and even in the relatively sparsely populated Southwest, data-center operators should be able to able to recruit enough locals with the required aptitudes and skills. Mecklenburg County in Southside is not exactly a hotbed for tech talent, but Microsoft has found enough talent there to support a $2 billion investment in its data-center complex.

Broadband connectivity may be bigger potential bottleneck. Mecklenburg County made Microsoft’s cut because it is situated on a fiber optic network of the Mid-Atlantic Broadband Cooperative. Southwest Virginia does has access to fiber-optic cable, but does the cable run past limestone caves and coal mines? In the mountainous terrain of the far Southwest, the availability of flat land constrains the site options even more.

The Project Oasis report has identified six sites within 1,152 feet to 25 miles of fiber backbone — one each in Wise, Washington, Wythe, Dickenson, Scott, and Carroll counties. Four are said to be “development ready.”

Another question is water quality. Water from coal mines may be the right temperature, but how contaminated is it? Would mineral deposits from the water clog up coolant systems? How much would it cost to remove the minerals? I found no discussion of water quality in the report. I presume that reflects the fact that water quality is not a significant consideration, not a gap in the thoroughness of the report.

Tax considerations also figure prominently in the report. Data centers are insanely capital intensive, and Virginia’s tax structure — property taxes, machine & tool taxes — are adapted to an industrial-era economy. The report recommends several modifications to the state and local tax structure to make Southwest Virginia more competitive in the bid for data centers, and proposes public funding to build a pilot program to demonstrate that mine-water cooling is a viable option for data centers.

This entry was posted in Economic development and tagged James A. Bacon, Rural development. Bookmark the permalink.