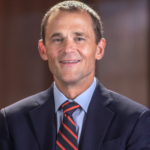 We have two related pieces of information about the UVa tragedy that call into question the effectiveness of the University’s state-mandated threat-assessment process.

We have the statements of senior University officials.

And we have Code of Virginia § 23.1-805. Violence prevention committee; threat assessment team, which mandates:

Each public institution of higher education shall establish policies and procedures for the prevention of violence on campus, including assessment of and intervention with individuals whose behavior poses a threat to the safety of the campus community.

The statements call directly into question whether the University carried out its responsibilities under that law.

The information available suggests that the Attorney General, one of whose Deputy A.G.s is the University Counsel, will likely convene an investigation led by the State Police.

I offer some information to assist in that investigation.

The University. The first is today’s press conference.

At that event, UVa Police Chief Tim Longo indicated that Mr. Jones had been brought to the attention of the University Threat Assessment Team. From  The Daily Progress:

I watched the press conference.

Chief Longo manned up. He clearly expected — he said as much — to be challenged by reporters on the very questions I will raise here, but if he was asked about it, I did not see it on the video.

The Multidisciplinary Violence Prevention Committee and Threat Assessment Team (TAT) consists of, but is not limited to, the following representatives:

So we see the University’s DEI bureaucracy was involved in assessing what should be done in the case of Mr. Jones, a Black student.

A history of selective action. There is a history of actions by the TAT that are at best hard to reconcile. I’ll recall two of them.

First, we encountered the TAT here on BR in April of 2021 when the University and the TAT famously dealt with a medical student who had a political run-in with medical school faculty members:

On October 25, 2018, Bhattacharya attended a panel discussion on “microaggressions” sponsored by the American Medical Women’s Association (“AMWA”) at UVA Medical School. A presentation was given by a Med School professor on her research on microaggressions. Bhattacharya openly, and the University contends aggressively, challenged that research.

Thus began a spiral of actions that resulted in Bhattacharya being involuntarily committed to the psych ward at UVa hospital, being banned from the Grounds of the University, and being expelled from medical school.

He was first remanded to a psychiatric exam, then banned from the Grounds by the TAT and then expelled.

For microaggressions. No guns. No actual threats.

In that same month, that same organization did not act when, as I reported here on BR, Nickolaus Cabrera, a first year student at the University of Virginia and conservative student leader on the Student Council, reported to President Ryan that he was being harassed and threatened.

Mr. Cabrera in a letter provided President Ryan extensive and well-documented evidence of severe personal harassment and threats he had received from members of the University community for his political views.

Thank you for reaching out, and I was sorry to read about your year.

I called President Ryan’s letter detached, clueless, pedantic and non-responsive. I hope he did not take it the wrong way.

Then I personally, as an alumnus, reported the threat information from Mr. Cabrera to Chief Longo.

Now we have a case in which there was a trail of evidence that dwarfs those of either of those cases. Nothing was done. Three students are dead.

Black students. Returning from a play.  Shot by a Black student with a dangerous history of which the University was aware.

The law. § 23.1-805 requires both a violence prevention committee and a threat assessment team.

C. Each violence prevention committee shall … (iv) establish policies and procedures for (a) the assessment of individuals whose behavior may present a threat, (b) appropriate means of intervention with such individuals, and (c) sufficient means of action, including interim suspension, referrals to community services boards or health care providers for evaluation or treatment, medical separation to resolve potential physical threats, and notification of family members or guardians, or both, unless such notification would prove harmful to the individual in question, consistent with state and federal law.

E. Each threat assessment team shall establish relationships or utilize existing relationships with mental health agencies and local and state law-enforcement agencies to expedite assessment of and intervention with individuals whose behavior may present a threat to safety. Upon a preliminary determination that an individual poses a threat of violence to self or others or exhibits significantly disruptive behavior or a need for assistance, the threat assessment team may obtain criminal history record information as provided in §§ 19.2-389 and 19.2-389.1 and health records as provided in § 32.1-127.1:03.

Chief Longo admitted he had accessed the criminal history of Mr. Jones, the alleged shooter now in custody.

“The hazing investigation was closed because witnesses would not cooperate.”

Good to know. It does not explain why the TAT did not pursue the multiple streams of evidence that suggested Mr. Jones may have posed a threat.

It took me 45 seconds of a web search to turn up the report that Mr. Jones had an emotionally troubled history “fractured family, school fighting and suspensions” in high school.

Chief Longo is a good cop.  Unless proven otherwise, we must assume that he, and the TAT, had that information.  Or should have.

Bottom line. There is more to be discovered about the arrest for having a concealed weapon. We don’t know where that February 2022 arrest took place or the circumstances. But the UVa police did.

That is why Chief Longo expected questions.

He apparently did not get them from reporters present. But I suspect he will get to answer them soon.

So, I expect, will the Office for Equal Opportunity and Civil Rights.

Nov 15, 8:36 AM update.  The Richmond Times Dispatch reports that a University spokesperson said that “Jones refused to cooperate with the university’s investigation” and the University “escalated the case (of Mr. Jones) for disciplinary action” on October 27.

Whatever “escalated” may turn out to mean.

I note that in the case of the medical student, the University’s attorneys told the judge in the student’s civil suit that “the University’s Threat Assessment Team made a decision to issue a no trespass warning to Plaintiff for a four-year period”.

Investigators will have to assess the difference between the TAT “issuing a no trespass warning” in the case of the medical student and “escalating the case for disciplinary action” in the case of Mr. Jones.

University policy requires the TAT to document actions taken, so we will find out.

Yet there he was, on the bus with his gun, on Sunday night.

Nov 16, 4:35 PM update.  According to a report in the Washington Post on the evening of Nov. 15, the statement that the University put out earlier that the TAT had “escalated the case (of the shooter Mr. Jones) for disciplinary action was not true.

It blames the oversight to an “inadvertent mixup”.  You will read they fixed it.

They also reported that the TAT had intended to report the offense to the student-run judiciary committee.

And this is the “disciplinary process” to which the TAT neglected to refer Mr. Jones.  For his off-grounds gun conviction, confrontations on grounds, alleged referral to carrying a gun and refusal to cooperate with the TAT’s investigation.

They fixed that yesterday by referring Mr. Jones to the judiciary committee.

While he is sitting in jail under three murder charges.

It’s Dr. Ryan’s ship.  He needs to resign right after he fires every member of the TAT.

This entry was posted in Courts and law, Crime , corrections and law enforcement, Education (higher ed) and tagged James Sherlock. Bookmark the permalink.