The Time Has Come to Rename the Bases 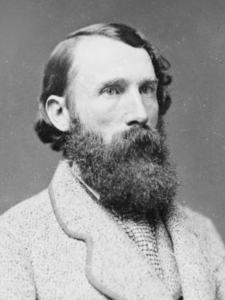 Momentum is growing to rename three Virginia military bases which bear the monikers of Confederate generals. It is part of a movement to reassess Confederate symbols within the military nationwide.

This comes in the middle of a controversy between military leaders and President Donald Trump, who says he won’t even consider renaming bases.

There has been a growing rift between Trump and numerous military leaders, notably James Mattis, a decorated Marine general and Trump’s former secretary of defense, about accusations that Trump has tried to politicize U.S. armed forces.

Part of the tension involves Trump’s controversial plan to use federal units, such as the Army’s famed 82nd Airborne Division, to crack down on demonstrators after the slaying by Minneapolis police of George Floyd, an unarmed and handcuffed African-American accused of passing a phony $20 bill.

The controversy is extremely serious and eventually could lead to a serious showdown between Trump and military leaders.

Already, the U.S. Marine Corps and the Navy have banned the flying of Confederate symbols such as the Stars and Bars battle flag on military bases.

This isn’t the first time that Virginia has come to terms with the use of Confederate emblems on military equipment. In 1992, for instance, Gov. Douglas Wilder, the state’s first elected African-American governor, ordered Confederate flag images removed from F-16 and other fighter aircraft operated by the 149th Fighter Squadron of the Virginia Air National Guard.

Regarding the three Army bases, some believe the military went along with naming them after Confederate generals as a way to gain popular white support for acquiring massive tracts of land in the 20th century.

But a look at the individuals raises questions. Two of the three generals have mixed or poor records as military leaders. For example:

Gen. Hill, for whom the 77,332 base was named in 1940, had to repeat his third year at West Point because Hill, who partied hard, contracted gonorrhea. During the Civil War none other than Confederate Gen. Thomas “Stonewall” Jackson had Hill arrested on eight counts of dereliction of duty. Today the base is used by the Army, National Guard, Marines, Navy SEALS another other units.

Ft. Pickett, named after Gen. George Pickett, was formed in 1942 to prepare Army troops for service in Europe. Pickett came in last in his class at West Point and was famous for the disastrous “Pickett’s charge” at Gettysburg. In 1864 he ordered 22 North Carolinians wearing Union uniforms hanged and later fled to Canada to avoid criminal charges. Ft. Pickett is used by the Virginia National Guard for training along with various U.S. and Canadian units.

Ft. Lee, of course, was named for Robert E, Lee, arguably the South’s best general. The Petersburg-area base headquarters the Army’s logistical activities and is one of the most important training bases in the U.S. defense community.

For a look at how naming bases can make sense, consider Camp Lejeune in North Carolina (where I lived for a few years when I was a toddler). Its namesake is former Marine Gen. and Commandant John A. Lejeune who graduated second in his class at the U.S. Naval Academy. Lejeune had a storied carrier including service in the Philippines. He commanded the 2nd Army Division at St. Mihiel in France. He later became superintendent of the Virginia Military Institute.

The time has come to rename the Virginia bases.

32 responses to “The Time Has Come to Rename the Bases”