The Authoritarian Nature of DE&I Training 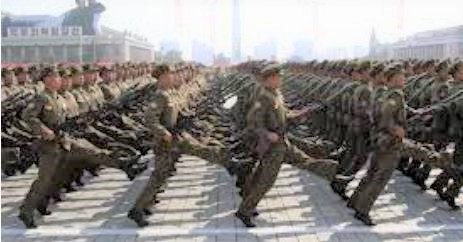 TO: The President, the College Board, the Faculty, the Staff, and the Constituents of Northern Virginia Community College

RE:  Letter of Dissent

After completing the required DEI training, it is clear to me that the claims of this training are a direct expression of Critical Race Theory (CRT). There is also absolutely no question that CRT is a scholarly claim, not an objective truth; therefore, it is a tentative, constructed truth about which individual Faculty may rightly and legally have professional disagreement, and whose construction and communication is governed by principles of academic discourse; and, that among these principles are:

In this regard, SACSCOC makes clear that College Faculty have the special duty to caretake and defend these same principles in the interest of all students, and in the interest of the “integrity” of knowledge itself, and that this duty transcends the powers of any Institution to compel agreement with ideas or actions that erode or lessen independence of thought among the Faculty or create inequalities between them. Therefore, SACSCOC requires that the College ensure “adequate protections” to safeguard academic freedom.

I charge that NVCC has absolutely failed in this duty, and the NVCC leadership is directly responsible for this failure.

This DEI training required me to affirm “scholarly truths” that I do not hold and cannot be compelled to accept because they are not objective truths, but scholarly claims arising from my own professional discipline in which I am the expert. The training sought to change my basic belief in human nature by requiring me to affirm a view that I believe to be demonstrably false.

To move forward and complete the training, and thus retain employment, I was compelled to enact the claim of my own “oppressive” identity and position of “privilege” in American society, without the opportunity for dissent or disagreement which is my academic privilege and “freedom.” Further, the clear intention of the training is to require Faculty to enact these claims in professional practice, including pedagogy and curriculum, and instruct students in the same, and this the College does not have the right to impose on Faculty through such “training” mechanisms. It is not the business or right of the College to require me to alter my view of human nature as a requisite of employment or to require my instruction to transmit the view selected by the College as “correct.”

This is clear evidence that CRT (Critical Race Theory) is being imposed upon NOVA Faculty and Staff using fear of loss of employment rather than democratic persuasion, and I believe many Faculty and Staff who would otherwise choose not to undergo such trainings nor espouse an agreement with CRT, are being compelled against their professional judgement, individual will, or personal conscience to do so.

The DEI Officer of NOVA has stated publicly that “a coalition of the willing is not enough.” In these words, the College affirms that “unwilling” Faculty and Staff no longer have any choice but to accept truth as it is determined by the College, thereby creating a climate of division and distrust and inequality, and furthering Faculty belief that NOVA is still not a “Great College to Work.”

Next, I charge that NVCC has deliberately prevented the English Faculty from exercising their legal responsibility to caretake the integrity of English instruction at NOVA. All college Faculty have the absolute academic and contractual right to evaluate scholarly claims independent of the Institution’s position on any such claim; and the Faculty members, not the Administrators or Lawyers, are the experts in their disciplines and recognized by SACSCOC as such. Faculty also have the right and duty to debate scholarly claims among themselves without the interference or management of Administration when they influence curriculum and pedagogy, as these clearly do.

NOVA Faculty have yet to have even one open, unmanaged discussion of CRT and DEI as it affects our professional responsibilities and courses; English Faculty have not agreed as a body to enact DEI in our classes as is our right and duty to do, nor have the required Curriculum Procedures been followed. Any academic consensus created by Institutional management instead of democratic discourse lacks integrity, and it is intellectually dishonest and inherently unpersuasive and hence illegitimate. The College cannot prevent me, nor any other English Faculty, from seeking to influence our professional body of that which my professional expertise, experience, and academic standing has caused me to conclude.

In my professional capacity as an English Faculty and a Doctor of Education, I have concluded that CRT overturns the principle of Equality in the English classroom, as it has already done among the NVCC Leadership. In my professional view, this outcome transforms the classroom into a forum of political and ideological change rather than academic and professional preparation based in individual merit. Thus, I believe this outcome infringes on the Constitutional rights of the Citizens in our classes, and it violates the Civil Rights Act, and it breaches the individual student contract with the College, and it compels Faculty to betray student trust and act contrary to Best Practice.

Using the classroom in the way the DEI Officer demands we do is, according to the democratic learning-centered pedagogy, an unethical act because it suppresses student speech and constrains their natural growth; it empowers one group by subduing another, rather than empowering all equally. Given these professional conclusions, I have the absolute legal duty and professional responsibility to speak this belief to my fellow Faculty, to seek to persuade them of my professional view. Such professional speech cannot be suppressed or managed by Administration without violating academic freedom and Faculty contracts; I believe the Supreme Court has repeatedly affirmed it. Yet NVCC has clearly denied me, and all Faculty, this professional obligation to “caretake the integrity” of academic instruction at NOVA by preventing the exercise of our official duties.

I further charge that the College has illegitimately altered its learning-centered Mission outside of the process required by SACSCOC, and that the actions being taken by the College constitute a substantive change to that Mission. According to SACSCOC, one substantive change is “Substantially changing the established mission or objectives of an institution or its programs.” NOVA’s approved Mission is “to deliver world-class, in-person and online postsecondary teaching, learning, and workforce development to ensure our region and the Commonwealth of Virginia have an educated population and a globally competitive workforce.”

But the College Board has publicly announced that NOVA will now work “to dismantle structural racism and to transform lives and communities,” and the President has directed NOVA Faculty and Staff to support this work with the development of curricula and pedagogy uniformly drawn from CRT. This statement redirects us from individual merit-based learning to direct social change and, in expressing only one uniform ideology, converts NOVA to an instrument of state propaganda: this is clearly a substantive change to the “objectives of the institution.”

When did NOVA go through the official process to alter its Mission is such a profound way? We never did. According to the Principles of Accreditation, the President cannot change the Mission, nor can the College Board. These entities have no legal authority to direct changes to curriculum, pedagogy, or Mission, using public political statements, and neither does the Governor, or the DEI Officer. In fact, the principles I claim have been broken are exactly the ones set in place to prevent exactly what is going on now not only at NOVA, but across the VCCS, and the nation.

The democratic principle of institutional independence from political influence, now betrayed by our leadership, was an important protection on the integrity of the College itself. For, if Faculty agreement can be compelled in support of CRT/DEI by political or legislative process now, by institutional bullying now, what other “scholarly truth” will Faculty next be forced to enact? In this regard, all Faculty must agree (and Citizens of Virginia will agree when they learn) that such scholarly coercion will be an infamous precedent in the life of the College and the VCCS with implications far beyond the current moment, and for Faculty and Students yet to come.

My fellow progressive colleagues must wonder what will happen if Virginia shifts back to Republican control. What if a Republican governor and the state legislature and the college board require Faculty to teach Creationism, or some other unacceptable idea; how will Faculty respond then? Without Faculty independence from political influence now, how will Faculty assert such in the future? And how does this not ultimately convert our democratic institution into a political asset, to be fought over in future decades to the detriment of every student of every color, culture, and world view?

And, let it be known by all, that I share the same goals that proponents of DEI claim for themselves. But I base my professional actions on the fundamental human truth of Equality, not the menial measurement of Equity. CRT is not persuasive to me, and I believe that the claims of DEI, while sounding good, do more harm than good when viewed from a natural democratic perspective. Still, I believe the majority of Faculty who currently support CRT and DEI do so because they believe it to be a Good, and I respect their belief. But, as it is the right of some Faculty to agree with CRT and DEI, it is also the right of others to not agree. But, when has it ever been the right of Faculty or Administration to demand and coerce unanimity of belief about any scholarly claim in an American Academic institution?

Therefore, I formally dissent from this training and all of it claims, and I will not cooperate with the implementation of DEI in any of my classes. I reject the Marxist foundation of Critical Race Theory as an unpersuasive rendition of Nature, just as I would reject any other exploded claim of truth. I reject the claims of privilege and racism that proponents use to shield their inconsistent and irrational argument from public falsification in open debate. In fact, I am certain they fear to face open and fair debate. If not, why have they not done so here? Why should I, or any Faculty of any American college, accept any claim to be true when its proponents have not the fortitude or capacity to defend it in open debate? Any rational claim that refuses to undergo falsification is by definition unpersuasive; it’s not a valid theory until it does.

In all these things, I believe that NVCC and VCCS leaders have failed to fulfill their legal and ethical duty to the Citizens of Virginia to protect the freedom of thought and political liberty of the students of our college. They fail to protect the Constitutional Rights of Citizens, and treat all NOVA students as children, condescendingly usurping their political rights in doing so. These Leaders have committed the worst of acts in Education by subjugating their fellow Citizens to inequality of process and ideological hegemony, robbing Faculty and Students of their inherent right to seek truth for themselves, and to advance on their individual abilities and merits, and thereby lessening NOVA as a learning institution.

Truth can never be advanced through force; unfortunately, the leadership and many Faculty of this College have forgotten this truth of human nature, and they now smugly repeat the very same evils of history themselves. Others have clearly never learned it.