The Accounting Fraud Behind the Bloated Student Loan Program 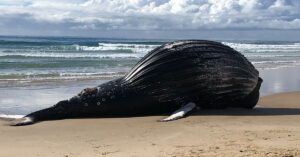 America’s student loan program has turned into a half-trillion dollar government boondoggle, comparable in scope to the savings & loan scandal that rocked the United States in the 1980s and 1990s. Instead of enriching go-go businessmen who gambled hundreds of billions of dollars on real estate, the student loan fiasco has steered hundreds of billions into colleges and universities, subsidizing out-of-control spending and ever-escalating cost of attendance, even while shackling a generation of college kids with debt they can never repay.

Taxpayers could be on the hook for roughly a third of the $1.6 trillion student loan portfolio, according to an analysis performed by Jeff Courtney, a former JP Morgan executive, for former Secretary of Education Betsy DeVos. The Biden administration has blown off the analysis as biased by DeVos’ conservative political agenda, which all but guarantees that the loan program will not be reformed any time soon. Unfortunately, as a detailed account in the Wall Street Journal explains, the bad loans are metastasizing and the quality of the loan portfolio is deteriorating at an alarming rate.

If one buys into Courtney’s analysis, the student loan program will have a come-to-Jesus moment of clarity and truth-telling eventually. The current trajectory is not fiscally sustainable. If the system is reformed to operate on an actuarially sound basis, it could create a crisis for higher education in America — and Virginia institutions are no exception.

According to State Council of Higher Education for Virginia data, 62% of students graduated from Virginia institutions with four-year bachelor’s degrees in 2017-18 borrowed money. They owed more than $34,000 on average. That doesn’t include those who dropped out before graduating.

The entire edifice of higher-ed in Virginia is built upon massive and growing student debt. If a reckoning with reality kicks out the props from that indebtedness, the effects will be wrenching. There is no sign that anyone in Virginia higher-ed is concerned about the possibility.

The federal budget assumes that government will recover 96% of every dollar that borrowers default on. Courtney was skeptical of that assumption because, based on his experience at JPMorgan, a 20% figure was more typical in the private sector for defaulted consumer loans not backed by a tangible asset, reports the Journal. The government was able to maintain the 96% fiction by rolling over non-performing loans into new loans, even if the borrowers hadn’t repaid anything.

In reality, Courtney suggested, the government is likely to recover just 51% to 63% of defaulted sums.

“If you accounted this way in the private sector, you wouldn’t be in business anymore,” DeVos told the Wall Street Journal in a December interview. “You’d probably be behind bars.”

Biden administration officials have spiked the Courtney accounting project, which, the Journal says, means that his financial model will not be used to value the loan portfolio. Bidenistas accused Courtney of using incomplete and inaccurate data and succumbing to major methodological shortcomings. While they accuse Courtney’s analysis of being politically motivated, their denial is just as political, motivated by a desire to let the money flow uninterrupted.

The assumptions built into the model for determining the performance of the student loan portfolio have real-world consequences. Profits on the loans are paid into the U.S. Treasury and help reduce the budget deficit. Losses increase the deficit. The Congressional Budget Office uses the assumptions in the loan-performance model to project federal spending, revenues, and deficits.

Writes the Journal: The federal government extended $1.3 trillion in student loans from 20002 through 2017. On paper, those would earn it a $112 billion profit. But student repayment plummeted. In response, the government revised the projected profit down 36%, to $71.5 billion.”

The problem is getting worse. In fiscal 2019, the federal government projected it would lose four cents on each dollar of new loans. According to Courtney’s report, students who took out federal loans in the 1990s repaid on average 105% of the original balance, including interest, a decade later. Since 2006, they had repaid on average just 73% of their original balance after a decade.

A critical part of the problem: Not only did Education Department officials lend money without regard to borrowers’ credit scores, they did not even use the credit scores to estimate the likelihood of default. As it turned out, Courtney’s analysis said, the credit scores of four in 10 borrowers would qualify them as “distressed” — double the rate typical for private consumer loans. The government rolled over the bad debt, repackaging unpaid interest into the new loans. That made it possible to avoid classifying the loans as non-performing.

Yet another problem: Government estimates of how much borrowers’ incomes would rise were consistently wrong, Courtney found.

Bacon’s bottom line. The accounting behind the federal loan program is driven by the political desire to reward favored constituencies while maintaining the fiction that the program incurs no liabilities to the federal government. The Feds continue rolling over the debt, and it continues lending — saddling new generations of students with obligations they can never repay. Perpetuating the flow of loan dollars allows colleges and universities to continue growing bloated administrative overhead, engaging in mission creep, and jacking up tuition, fees, room, and board.

The entire higher-education system in the U.S. is built upon fraudulent accounting. Like all frauds, it cannot go on forever. When it blows, the meltdown will be spectacular.