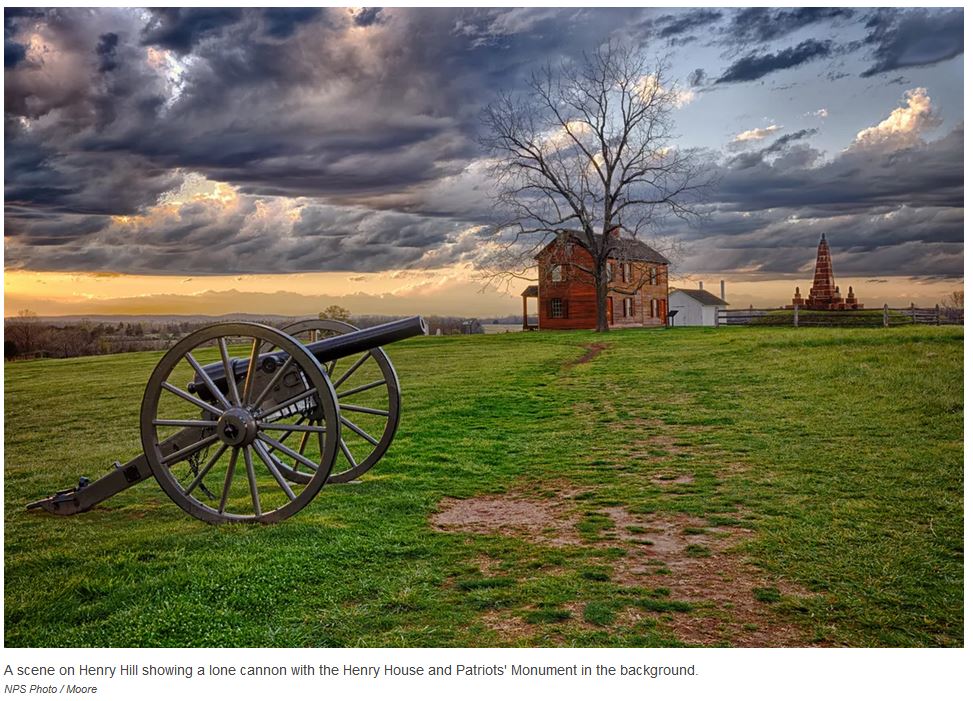 Conflict rages yet again on the site of two major Civil War Battles, Manassas National Battlefield Park, in Prince William County, Virginia. This is nothing new to Northern Virginia residents who can recall the rally cry of “Save the Battlefield.” In 1988, developers fought and lost the battle to build a 1.2 million square-foot mall on property essential to the core of Manassas Battlefield. In 1993, the Walt Disney Company proposed building a 3,000-acre history theme park in nearby Haymarket, Virginia. Preservationists effectively stonewalled the idea and Disney retreated in fear of losing a coveted positive public image.

The Battle of Manassas rages yet again in 2023. This time the antagonist is the Prince William County Board of Supervisors. In November 2022, the board approved on a 5-2 vote a change in zoning rules that would permit the construction of data centers. The property in question is adjacent to the western border of the battlefield. The current plan for the Prince William Digital Gateway encompasses 2,139 acres of land.
END_OF_DOCUMENT_TOKEN_TO_BE_REPLACED

In Search of the Fountainhead of Religious Freedom in Virginia

A recent trip to study the Civil War battlefield of Fredericksburg brought me to stately Washington Avenue in one of Virginia’s most historic cities. The street is adorned with grand Victorian mansions and Kenmore, the colonial home of Fielding and Betty Lewis (George Washington’s sister). Here stands a statue to Patriot Hugh Mercer, the famed officer who led the Continentals to victory at the Battle of Princeton and died from wounds received in battle.

Not far away stands a stone monument bearing bronze plaques memorializing the January 1777 meeting of Thomas Jefferson, Patrick Henry, Edmund Pendleton, George Mason, George Wythe, and Thomas Ludwell Lee to draft the Bill Establishing Religious Freedom in Virginia. I have traveled this street many times, and I knew of this famed meeting of luminary patriots, but I had never noticed this modest yet important memorial.

I couldn’t help but wonder: Had I stumbled onto the very fountainhead of religious freedom in Virginia? A brief search on my cell phone revealed that this memorial dated back to 1932. No fountain here, but I was close, for the memorial had originally been installed on George Street near the site of Weedon’s Tavern, where Jefferson and company began their earnest work. It was moved in 1977 to its current, more attractive location.

My journey next brought me to the site of Weedon’s Tavern. The building that stands there today looks like an old A&P Supermarket that is now an antique store. Old Weedon’s Tavern burned in 1807. The establishment was owned by one of Washington’s generals, George Weedon. (I have to assume Washington slept here too.) It is here that members of the Committee of Law Revisors began their task to remake the government of Virginia. END_OF_DOCUMENT_TOKEN_TO_BE_REPLACED

State Anthem Controversies: Carry Me Back to Old Virginia 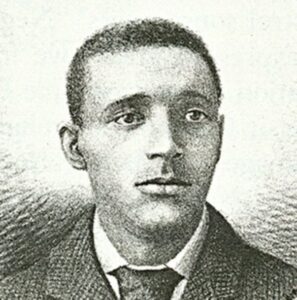 In the early 1870s, a young pre-law student at Howard College was inspired by classmate and future wife, Mamie Friend. James Alan Bland would listen to the homesick sentiments of Mamie and her home in tidewater Virginia. During a trip to meet Ms. Friend’s family the two sat down together with pen, paper, and a banjo. Bland composed his song to illustrate the reflections of a freed slave, who in old age, embraced memories of a former life on a plantation. The apologue conjures up memories of a simple agricultural life, the beauty of the natural world of tidewater Virginia, and a strong affection towards a former master.  According to the “Psychology of Music,” Bland uses the key of A to declare innocence, love, cheerfulness, and acceptance of one’s affairs. C minor reinforces key of A with a languishing sigh of a home sick soul. The G major invokes calmness, rustic scenery, faithfulness, and friendship. Using the lens of modern scholarship, it is easy to find flaws of Mr. Bland’s ode. The lines below are difficult, illogical, and subservient to the modern ear.

In order to understand “Carry Me Back to Old Virginny”, the reader must come to know James A. Bland. He was born on October 22nd, 1854 in Flushing, New York, to a free and educated African American family. James’s father was the first African American to graduate from Oberlin College in 1845. The family relocated to Washington, D.C., in the late 1860s where the head of the family worked as an examiner in the U.S. Patent Office. James and his father enrolled together at the Howard College. Father studied law and son studied liberal arts as a pre law major. END_OF_DOCUMENT_TOKEN_TO_BE_REPLACED 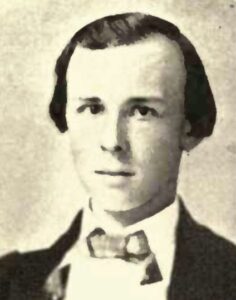 When the 6th Massachusetts Infantry reached the Camden Station in Baltimore, it would be necessary to pull the rail cars by horse ten blocks down Pratt Street to the President Street Station. There was no direct rail connection due to different rail gauges of the period. Commanding Colonel Edward Jones issued instructions to his troops as the locomotive chugged into Camden Station: END_OF_DOCUMENT_TOKEN_TO_BE_REPLACED 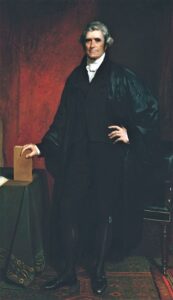 Wear, time, light, temperature, and humidity  took a toll on the artifact, but a 12-year preservation campaign to “Save the Robe” resulted in success. On April 15th via a webinar, Marshall’s robe was revealed to the public once again. END_OF_DOCUMENT_TOKEN_TO_BE_REPLACED 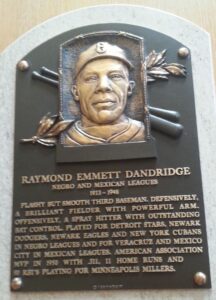 On March 3rd, 1987 a long-distance telephone call came to the home of Ray Dandridge. It was a call well remembered by Mr. Dandridge in a speech given that summer in Cooperstown, New York.

“I was resting and my wife was in the backyard. So, I answered the phone. The phone caller says, I’m trying to find Ray Dandridge. I say, I’m Ray Dandridge.  Are you Ray Dandridge the ball player?  I said, yeah. And all the sudden he said, your life has changed.  I said, what do you mean my life has changed? I said, sometimes you know you get crank calls. So afterwards, me and him and talk awhile and then he said, I’m Ed Stack, President of the Hall of Fame and you have just been elected to the Hall of Fame. I want to thank each and every member of the Veterans Committee for allowing me to smell the roses. My only question is, why did you take so long?”

And just like that Mr. Dandridge, long time third baseman for the Negro League Newark Eagles became a member of the Baseball Hall of Fame. END_OF_DOCUMENT_TOKEN_TO_BE_REPLACED

How to Contextualize a Confederate Statue 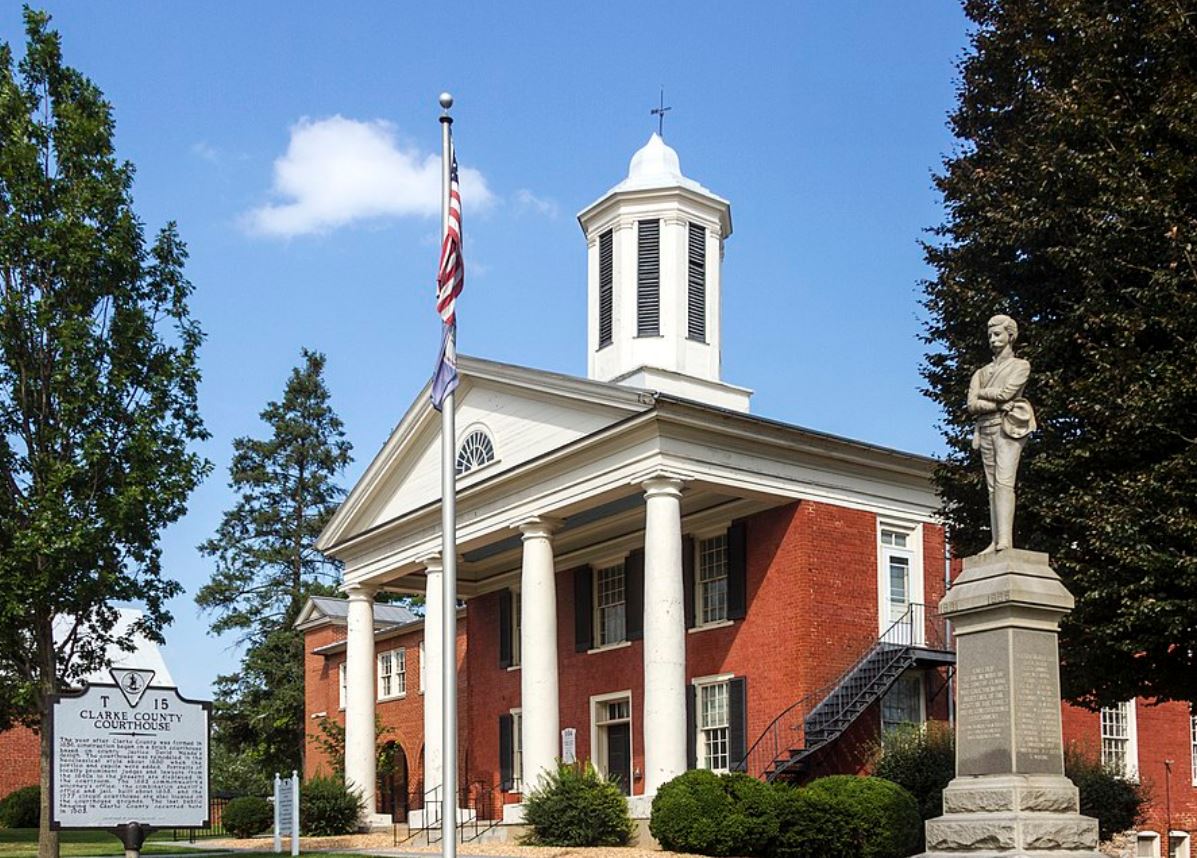 On March 18th, 2021, the Clarke County Board of Supervisors accepted the eight-member Monument Committee’s recommendations for the Berryville courthouse Confederate Monument. The six-point platform, approved by the committee in a seven-to-one vote, called for: