Thomas G. Slater, Jr., a prominent Virginia Military Institute alumnus, submitted his resignation from the State Council of Higher Education for Virginia (SCHEV) today, citing political pressure from the office of Governor Ralph Northam to bias the outcome of the VMI racism investigation by an outside law firm, Barnes & Thornburg.

The event that precipitated the resignation was a decision by SCHEV Chair Marge Connelly to not allow the Council to discuss VMI’s request to establish a process for achieving a fair and accurate final report. 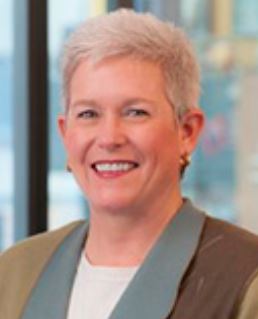 “I can only conclude that the current Chair and Executive Director have decided to bow to political pressure from your office and the attorney general’s office to insure that the final report by B&T supports the unfounded charges in your letter of October 19, 2020 accusing VMI of systemic racism,” Slater wrote in the letter addressed to Northam.

After a series of Washington Post articles last fall, Northam said in that letter that he was appalled by the racism at the military academy. After he ordered an investigation, SCHEV issued a Request for Proposal. As documented by Bacon’s Rebellion, the Governor’s Office was in command of the selection process and chose Barnes & Thornburg, a Washington, D.C., law firm committed to combatting racism and social injustice. VMI officials took issue with the narrative in the firm’s preliminary and interim reports that portrayed the VMI administration as reluctant to cooperate with the investigation.

“We are sorry Mr. Slater resigned. He has been a respected Council member,” said SCHEV Executive Director Peter Blake in a statement released to Bacon’s Rebellion. “However, SCHEV’s authority to require or direct B&T to provide any report to VMI prior to its release is limited by law and contract.” SCHEV must avoid actions that might question the independence and integrity of the investigation, he added.

In a March 22, 2021, communication, VMI Superintendent Cedric Wins and Board of Visitors Chair John William Boland requested a meeting with SCHEV,. Citing what they claimed were numerous inaccuracies and material omissions in the two B&T reports, the VMI officials requested that SCHEV provide regular oversight of the investigation “to guarantee that the process remains focused on its started goals and scope” and that VMI be permitted an opportunity to review and comment on future B&T reports before their public release.

“If the final report is to have any legitimacy or lasting value to VMI and the broader academic community[,] such distortions and incomplete reporting cannot be allowed to exist in the final volume to be delivered by the B&T team in June 2021,” wrote Wins and Boland.

Slater, a former VMI board president who also served on the SCHEV board, acted as an intermediary to make the requested meeting happen. Acting as an intermediary between VMI and SCHEV, he participated in discussions over two weeks in April with Connelly, Executive Director Peter Blake, Deputy Secretary of Education Fran Bradford, and Ramona Taylor with the Attorney General’s office.

“I thought that we had reached an agreement to meet with Major General Wins and Mr. Boland, so that they could explain their views and we could develop a process to address their concerns,” Slater wrote in a letter dated April 13 and addressed to fellow SCHEV members. “VMI is not asking that any person or entity interfere win B&T’s fact-finding activities,” he added.

“In my view, as the entity charged by Governor Northam with supervising B&T’s work, SCHEV has a responsibility to engage meaningfully with the B&T team to understand their findings, and to ensure that our investment in their services leads to sound educational policy and reform,” Slater wrote.

On May 13, only a few days before the scheduled May council meeting, Connelly wrote Wins and Boland, declining their request. “This is based on Counsel’s view that SCHEV does not have the authority to require such an interaction without an explicit request from the initiator of the investigation and our belief that doing so could have a negative impact on the independence or appearance of independence of the final report.”

Connelly said that she was willing to schedule a meeting with VMI leadership after the report is released June 1.

In his resignation letter today, Slater wrote, “Until recently, it was my belief and hope that SCHEV could serve an important role in insuring that the ongoing audit and investigation of Virginia Military Institute (VMI) by the Barnes & Thornburg (B&T) law firm would be conducted in a fair and equitable manner. … Apparently the current Chair and Executive Director decided to take matters into their own hands and forgo any discussion by all members of council regarding VMI’s request. … I cannot in good conscience continue to serve on SCHEV.”

“Once the report is released in June,” said Blake in his prepared statement, “we look forward to engaging VMI, as well as the broader higher education community, to consider issues raised by the report and its recommendations.”

Update: Read the Washington Post’s spin on the story here. Northam spokesperson Alena Yarmoski doesn’t answer Bacon’s Rebellion queries, but she did provide a quote for the Post’s Ian Shapira: “Every person in a leadership role in the Virginia executive and legislative branches called for this investigation. The best way to ensure its independence is to make sure the Institute — the subject of the investigation — sees this report once it is complete. No one other than the independent, third-party investigator will see this report before it is finalized, and that’s how it should be.”

This entry was posted in Education (higher ed) and tagged Virginia Military Institute. Bookmark the permalink.