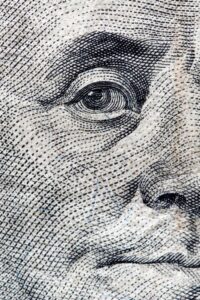 When it runs into the smallest obstacle — say the now closed DePaul Hospital or independent Chesapeake Regional Medical Center — Sentara has multiple weapons at its disposal.

It is accused of using its huge provider network to deny competitors referrals, its dominant HMO to deny them in-network status, and that same HMO to impose lower payments for identical procedures on smaller provider rivals than to its own providers.

Now Sentara stands accused in a Virginia court by Chesapeake Regional of poaching Chesapeake’s interventional cardiologists while a court case over Chesapeake’s COPN request for an open heart surgery service was in progress.

You get the idea. And Sentara has a pending acquisition of Cone Health in North Carolina to bring those blessings to the Greenville area — Guilford, Forsyth, Rockingham, Alamance, Randolph, and surrounding counties.

There are three levels of oversight that are supposed to regulate the activities of vertically integrated health providers and health insurers: legislative, regulatory and judicial.

Only the judicial branch is properly organized to do so.

Legislative. The General Assembly is not organized to deal with vertically integrated healthcare delivery and health insurers. It passes legislation about healthcare and insurance through different committees in each house:

That system won’t result in legislation that deals with Sentara as it is structured.  The best thing by far for consumers would be to ban such integration in Virginia. That would both:

Sentara, Centra and others would be forced to spin off their insurance arms, restoring competition in at least the insurance market and keeping them from using their insurers as weapons against provider competitors. It would also, however, protect them from federal prosecution under the new law discussed later here.

Failing that, I recommend each house reorganize to have a single committee in each that writes legislation for both healthcare and health insurance. The epic struggle passing balanced billing legislation serves as an object lesson.

Even lobbying is compromised. Legislators depend on lobbyists for a lot of their information, but it is not clear that they are getting an unfiltered view from Virginia’s health insurance industry.

Sentara’s Optima Health and Virginia Premier are members, as is Centra’s Piedmont Community Health Plan. Aetna, another member, has partnerships with Inova and Carilion. Those are four of the ten members of VAHP.  So. who exactly controls the position of VAHP on healthcare and health insurance legislation?

VAHP is sufficiently compromised that Anthem is left to carry the load for consumer interests.

Regulatory. Similar to the legislative branch, the regulatory system is bifurcated when it comes to dealing with vertically integrated health providers and health insurers. The Virginia Department of Health (VDH) is the healthcare regulator and the State Corporation Commission (SCC) is the health insurance regulator.

Neither agency has the authority to examine the relationships between the provider and insurance arms of the vertically integrated systems, and they don’t.

That is both a clear gap in regulatory authority and a crucially important one as more and more Virginia regional provider monopolies create insurance arms.

I have reported here for 16 months on the capture of VDH by the regional healthcare monopolies and their lobbyist, the Virginia Hospital and Healthcare Association (VHHA). I don’t think that capture is seriously denied by anyone.

On COPN reform, for example, the Governor has famously asked the hospitals what he may do, not VDH what he should do.

The question is what to do.

VDH would retain regulation over the practice of medicine, and would be freed of the far more contentious business issues. At that point it might find its level of competence.

Judicial. Under the current legislative and regulatory systems in Virginia, Virginians’ only hope for oversight of their healthcare system in their interests is the courts. Yet the Virginia judicial system in Virginia has been handicapped by Virginia law, especially COPN, even before players like Sentara try to load the dice with friendly judges.

That leaves the federal courts.

The great news for consumers is that the last Congress passed and President Trump signed a law that extended federal antitrust law to insurers, which were until then exempt. That for the first time puts the entire structures of the vertically integrated healthcare and health insurer conglomerates into play in antitrust cases in federal court.

It won’t be instantaneous, but I expect that change in law to result in the breakup of many of the current systems.

The three federal antitrust laws are the Sherman Act, the Federal Trade Commission Act and the Clayton Act. They proscribe unlawful mergers and business practices in general terms, leaving courts to decide which ones are illegal based on the facts of each case. All three have very serious consequences.  Penalties, both civil and criminal, can be severe.

I will quote from the FTC’s summary  of those laws as they may now apply to vertically integrated healthcare and health insurance companies. Under the new law, healthcare providers and health insurers may be found by federal courts to constitute competing businesses. If so:

“Under the Sherman Act, certain acts are considered so harmful to competition that they are almost always illegal. These include plain arrangements among competing individuals or businesses to fix prices, divide markets, or rig bids. These acts are “per se” violations of the Sherman Act; in other words, no defense or justification is allowed.”

Additional information from the FTC provides:

The Clayton Act addresses specific practices that the Sherman Act does not clearly prohibit, such as mergers and interlocking directorates (that is, the same person making business decisions for competing companies). … As amended by the Robinson-Patman Act of 1936, the Clayton Act also bans certain discriminatory prices, services, and allowances in dealings between merchants.

I have demonstrated here previously that Sentara has interlocking directorates among its holding company, its provider arms and its insurers.

Optima is widely alleged both to pay lower prices to Sentara competitors and to exercise discriminatory in-network selections against Sentara healthcare competitors.

I am not a lawyer, but it does not take one to notice that it is a new day in federal court for vertically integrated healthcare and insurance companies.

And that Sentara, with its pending acquisition of North Carolina’s Cone Health, is in the FTC spotlight.