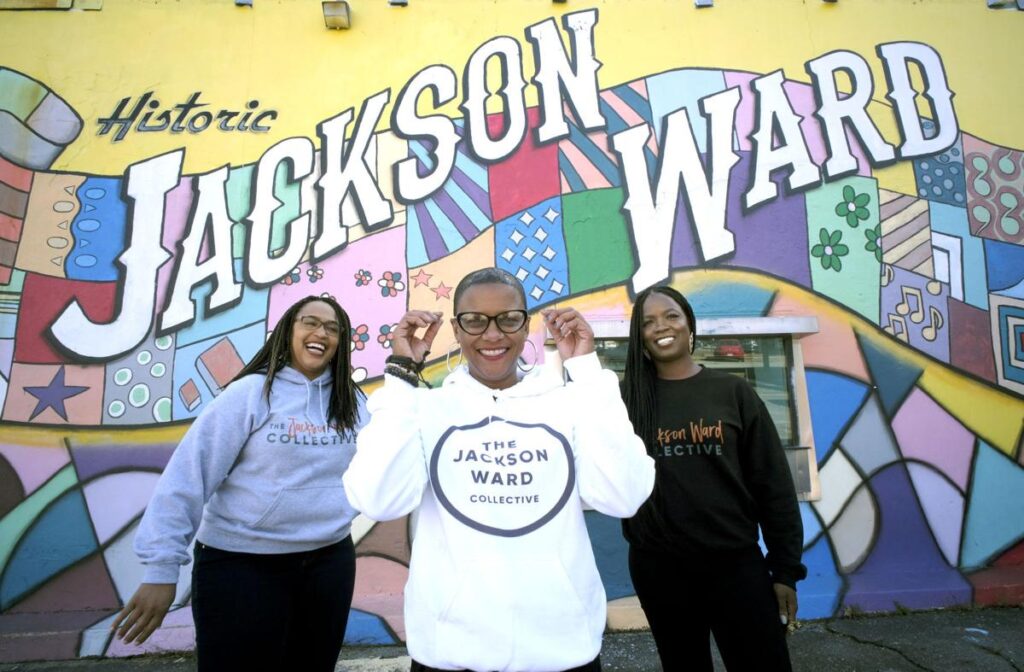 Alisha and Lamont Hawkins thought it would take 10 days to renovate their Inner City Blues barbecue restaurant in Richmond’s Church Hill neighborhood. Their effort tuned into a three-month “skirmish” with city regulators as they went up a painful learning curve. Hoping never to repeat the experience, Alisha joined the Jackson Ward Collective, an organization geared to connecting black entrepreneurs and promoting self help, writes the Richmond Times-Dispatch.

Founded by three black businesswomen in mid-September, the Collective has already reached its 150-member capacity. Members who join pay either $19.99 a month or an annual fee of $200. What they get in return is mentoring, networking, access to community resources through partnerships with established organizations. A top priority is helping members gain access to capital.

By naming the organization after Jackson Ward, the founders recall the entrepreneurial spirit of Richmond’s Jackson Ward neighborhood, which had so many African American-owned businesses that it was often called the Black Wall Street or the Harlem of the South.

Rasheeda Creighton, Kelli Lemon and Melody Short formed the group to address what they had seen was a lack of support when they had started their own ventures. Creighton founded the 3Fifty Group, a business consulting company; Lemon owns the Urban Hang Suite social cafe; Short is co-founder of the Richmond Night Market.

Bacon’s bottom line: What a fantastic initiative! It’s great to see African-American businessmen and women taking their fate into their own hands. Creating and growing businesses is the only durable path to building wealth in a market-based economy, and it’s encouraging to see that a group like the Jackson Ward Collective could line up 150 African-American businesses in such a short time. Clearly, there is a pent-up demand for the kind of mutual self-help that the group offers.

Once upon a time, there was a lot of discussion about how to spur black capitalism. With the fixation on “social justice,” we haven’t heard much of that in recent years. Other than rescuing public schools from the progressives bent upon turning them into indoctrination factories, I can’t think of a better way to spur black economic progress than encouraging black entrepreneurs who over time will build wealth, employ other blacks, and help revitalize black communities. The Collective can play a vital role in this process. A group representing 150 black businesses will have a lot more clout than 150 individuals in forging relationships with banks, angel capitalists, and other financiers. I wish the founders the best of luck.

This entry was posted in Business and Economy, Race and race relations and tagged James A. Bacon. Bookmark the permalink.