Only the Courts Are Protecting Virginians – Again 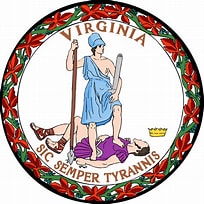 Barton Swain explores a topic in the Wall Street Journal that bears examination in Virginia. He makes a profound observation:

“The sheer illogic of (the Texas election laws) controversy captures something essential about culture-war progressives. They are able to embrace a cause, condemn dissenters and doubters as monsters, and experience no cognitive dissonance despite having themselves held the contrary view a short time ago.”

It is evidence of a rejection by many of their own personal and political histories — of positions they once claimed on moral grounds. They dismiss citizens as beneath contempt for beliefs that until recently they held themselves.

Sackcloth and ashes are not often in evidence, unless you count black face.

Does anyone, including his family, seriously believe that four years ago Governor Ralph Northam would have, without the scandal, supported CRT and SEL? He ran as a moderate.

He made the mistake of publicly approving infanticide that he graphically described in a radio interview. Perhaps infanticide has now found its way into the pantheon of progressive revealed truths, opposition to which is hate speech.

But he found the true path to wokeness when his blackface photo was exposed as a direct result of that interview.

Now moral opposition by a baker is exposed, and he is pursued by the left in the courts until bankrupt.

The left eventually loses these suits, but eventually is a long time and winning them is not the object of the exercise. Punishment by imposing the time and financial costs of defense is.

President Biden declares proposals by the Texas legislature to expand voting access beyond current practices in many blue states to be “the most significant test for our democracy since the Civil War.”

He felt it necessary to add “That’s not hyperbole.”

This by a man elected for decades in Delaware under election laws far more restrictive even today than those proposed in Texas.

When did we start electing prosecutors who openly oppose existing laws and refuse to enforce them?

Where in the Virginia or federal constitutions or laws do we find that local prosecutors have the power to publicly declare and exercise their intent to disregard those laws?

When did that become OK with progressives? If the shoe were on the other foot, would they hold the same position?

Progressives in Virginia call support for testing as one of the qualifications for highly competitive schools to be racist on its face. Asian-American kids who study hard to get ahead were compared by Virginia’s Secretary of Education to athletes on performance-enhancing drugs.

And he still has his job.

When, exactly did these same progressives discover this link? Last summer? Yesterday?

They would claim that they have “evolved.” And decry as bigots those who have not changed with them.

It is fair to ask if they practice what they preach, and since what date. Let’s examine another prominent example.

Parental control of their children’s education and development

Do they have kids of their own? If so, do they live in Richmond or the suburbs? I note from his biography that Dr. Lane and his wife, Sarah, are the parents of two students in Chesterfield County.

Do the children of the VDOE bureaucracy go to public schools? If so, in what percentage? To which public schools? What is the racial mix in those schools? Do they support classroom discipline and safety in the schools their kids attend?

Do they want to be consulted about what and how their children are taught and any personal challenges their children might face? Will they complain if they are unhappy?

Those are fair questions that will never be posed. Heads would explode at the ACLU.

But it is also fair to ask when the expression of an opposing view become not debate but “hate” speech.

But it must be exercised, if not carefully, at least within the boundaries of our state and federal constitutions. They were drawn up specifically to limit the power of government.

Virginia Governors and General Assembly pledge fealty to both constitutions. Personal integrity should serve as a restraint. It did not during Massive resistance and it does not today.

Attorneys general are constitutional officers in Virginia to serve as a check on the executive and legislative branches by providing legal and constitutional opinions to both.

The incumbent Mr. Herring instead cheerleads progressive excess. Please try to find an opinion in which he told progressives they were going too far. You can’t.

The last redoubt, the courts

It should not be the courts alone that restrain the worst excesses of government. Citizens and their elected officials should do it. But the courts are currently the only bulwark of freedom in Virginia. Virginians were there decades ago.

Sadly, that is where we are.  Again.

Until we vote to reinstate constitutional restraint in the political system.

This entry was posted in Civil Rights, Courts and law, Culture wars, Uncategorized and tagged James Sherlock. Bookmark the permalink.