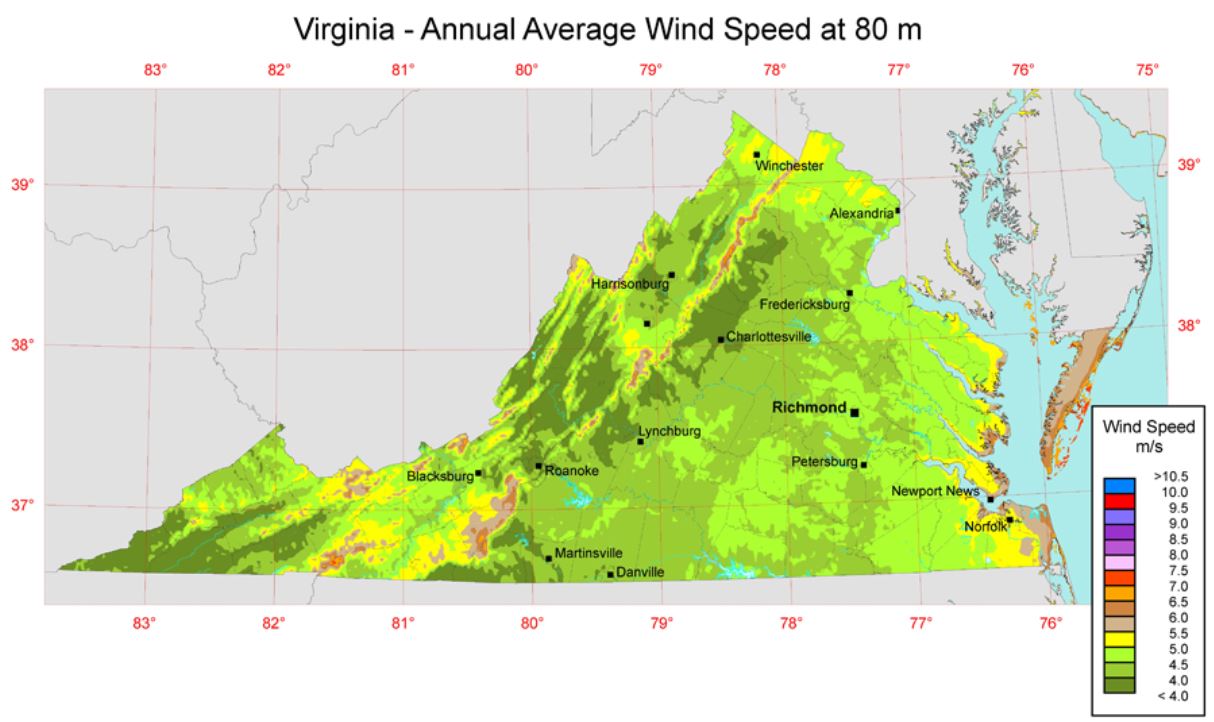 Who came up with this idea? Now that Dominion Energy has completed reliability testing for its first two offshore wind turbines, the Northam administration is announcing the formation of the Mid-Atlantic Wind Training Alliance to provide industry certifications for wind-project operations and maintenance. What better place to base such a program than…. 200 miles away from the wind industry in a place with virtually no wind. Yes, friends, the new program will be hosted by the New College in Martinsville where average wind speeds (see map) are among the lowest in the state. To be fair, according to Virginia Business, alliance partners Centura College and the Mid-Atlantic Maritime Academy are located in Hampton Roads where the wind industry will be located.

JMU’s enrollment meltdown. James Madison University is getting hammered by the COVID-19 epidemic — and the administration’s handling of it. First, 250 students, mostly freshmen, chose to defer their enrollment. That’s out of an undergraduate student body of roughly 22,000. Then, after a spike in positive cases early in the semester, students were sent home in mid-September for about a month. Now they’re returning. But not all are returning. As of the latest report, according to the Daily News-Record, 1,798 had discontinued at JMU. That far exceeds the normal attribution rate; last year only 1,063 students dropped out during the fall semester.

Loudoun Schools briefly recover sanity. The Loudoun County School Board has voted to revise its “Professional Conduct” policy governing speech off school property, which would have forbidden employees from making public utterances opposing a controversial school policy to dismantle “white supremacy” and “systemic racism.” After an outcry from teachers unions and community members against this blatant violation of free speech, the board voted 9 to 0 to refer the draft policy back to the human resources department, reports The Virginia Star.