My Advice to Glenn Youngkin – WAKE UP!! 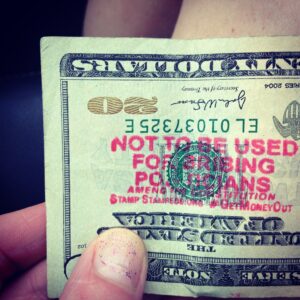 Image by cmfg804 from Pixabay

May I call you Glenn? Glenn, we are neighbors. We’re roughly the same age. If you object to me calling you Glenn I suggest you stop reading this article now. It’s only going to go downhill from here. Dude, you need to wake up! Belay that  You need to wake the hell up. And I use “hell” only because Jim Bacon won’t let me use the word I really want to use on his blog. I was watching the Washington Football Team play last night from my usual perch at Mookie’s BBQ in Great Falls. I saw endless commercials from your campaign. Ineffective would be the polite term. Sucks out loud is my term. Seriously, buddy … you think small business is good? That’s your point? Really? I happen to own a small business in Virginia. I don’t know what the hell you are talking about. Small business is good? Now what? And I’m on your side. I voted for McAuliffe when he ran against Cuccinelli because the Cooch was too radical even for me. I won’t be voting for the Macker this fall. I saw his efforts as governor. Never again. You’ve got my vote unless some kind of Northam blackface incident comes up. Now, let’s talk about how you get more votes than just mine.

Focus. C’mon  man, you are the former CEO of The Carlyle Group. You have an engineering degree from one of the best colleges in America (Rice) and an MBA from Harvard! I know you are smart. It’s time to start acting smart. I’ll give you the perfect issue to shove down the Macker’s throat — Virginia’s unlimited campaign contributions. It’s a disgrace. Virginia is one of only four states that allows anybody to contribute any amount of money to any state political campaign. Dominion pours money into the pockets of the very politicians who are supposed to regulate that monopoly. Dear Lord, Glenn — how is that possibly a good idea? Even honest Democrats like Chap Petersen (D-Fairfax) know this is ridiculous. Yet Terry McAuliffe spent four years as governor without lifting a finger on this issue. What’s he going to do now? Support campaign contribution caps while simultaneously explaining why he did nothing about the matter while governor? Or, better yet, he’ll try to defend unlimited campaign contributions … even from regulated monopolies like Dominion. I’m guessing here, Glenn but I estimate that if Virginia voters were fully aware of the special interest corruption going on in Richmond 85% would want it to end. This is your big chance, man.

But what about my Republican friends? Yeah, yeah I know. Plenty of Republicans take the payola too. Who cares? Legislators like Tommy Norment are long overdue for replacement. What is that quote? Politicians and diapers need to be changed regularly and for the same reasons. Something like that. Let’s get rid of the pocket lining Republicans too. How about this — you’ll work to “primary” out any Republican who opposes caps on on Virginia’s unlimited campaign contributions. People will start comparing you to Abraham Lincoln if you do that! Meanwhile, wave Dick Saslaw’s Dominion addiction around like a bloody shirt. Track the Dominion dough he funnels into the pockets of fellow Dems and bust a cap on their asses too (metaphorically speaking, of course).

An honest politician in Virginia is as rare as a sunburn at the bottom of the Mariana Trench. This is what you private equity folks call a “no regrets decision.” Let’s talk man to man. Do you really think it’s OK for Dominion to stuff the pockets of the legislators who are supposed to regulate that company? Of course not. It’s ridiculous. It’s idiotic. Time to play “pin the tail on the donkey” with the Macker.

One issue. Remember “Bob’s for Jobs”? or “End the Car Tax”? Guess what? Those guys won. Keep it simple. You’ll cap campaign contributions. “Glenn verses the con men”? OK, maybe not the best marketing slogan. Let’s go to Mookie’s, draw a delicious Virginia IPA and talk it over.

This entry was posted in Uncategorized and tagged DJ Rippert. Bookmark the permalink.