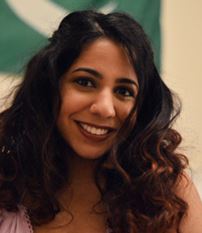 I get a lot of unsolicited emails in my inbox from liberal advocacy groups around Virginia. I don’t block them because I think it’s important to know what people have to say, even if I don’t usually agree with them. Imagine my surprise when an email arrived today, introducing the new communications and digital outreach coordinator for Virginia Interfaith Power & Light — Hira Azher.

Bacon’s Rebellion readers may remember Ms. Azher as the resident of the University of Virginia Lawn who made quite the name for herself by posting “F— UVA” in bold letters on her door. For many, that incident exposed for the first time the depth of animosity toward the university, Thomas Jefferson and established institutions generally that exists at UVa. It certainly awakened me to the degree to which UVa in recent years, most notably during the tenure of President Jim Ryan, has become an incubator of grievance, resentment and hate.

In the letter of introduction to subscribers to the Virginia Interfaith Power & Light newsletter, Azher tells all about herself. Thinking this might be of interest to readers who have followed the Lawn controversy at UVa, I am republishing it here.

I am so excited to meet you! I would like to introduce myself as the new Communications and Digital Outreach Coordinator for Virginia Interfaith Power & Light. My name is Hira Azher, and I am a Pakistani American who moved to Virginia ten years ago. I recently graduated from the University of Virginia, where I double-majored in Global Development Studies and Anthropology, with a concentration in Medical Anthropology, Ethics, and Care.

Using my faith and lived experiences as my motivation, I am passionate about fighting for environmental justice locally through an intersectional and grassroots approach. I will be doing this at VAIPL by helping to curate engaging and interactive digital content for all of you! I look forward to continue meeting you all and working together to create a more environmentally just Virginia!

During my college years, I’ve worked in immigrant justice as the ESOL (English as a Second/Other Language) Program Director; and, I co-founded Muslims United, an organization dedicated towards creating an inclusive space to empower Muslim folx to connect spiritually, form community through faith, and resist systems of oppression. To these same ends, I hope to collaborate with Muslim communities around Virginia to continue fighting against injustice, particularly through environmental justice frameworks.

Nothing in the letter hints about her views on systemic racism at UVa or Thomas Jefferson as a slave-holding rapist. Perhaps she has mellowed now that she is the public face of an organization that is trying to influence the broader public.

I don’t see any mosques or temples listed as partners, but I’m sure they’re working on that. The organization’s vice chair, Aliya Farooq, is Muslim. The website claims 4,000 “active supporters” and says it has “engaged with” more than 200 faith communities and congregations.

A search of nonprofits filing 990 forms turns up 17 state affiliates, but Virginia does not rank among them. Whatever the extent of its finances, Virginia Interfaith Power & Light has the resources to maintain six people on its staff.

This entry was posted in Not-for-profits and tagged University of Virginia. Bookmark the permalink.