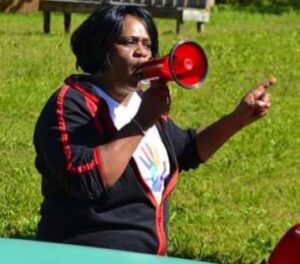 When you ask a group of politicians, activists and intellectuals to put together a plan to “reimagine” public safety, you get a report like the one just issued by a City of Richmond task force. It calls for measures such as routing many 9-1-1 calls to mental health and conflict-resolution professionals instead of the police, reallocating dollars from police to social services, connecting youth with community resources, and creating an Office of Restorative Justice and Community Safety.

More money. More programs. More jobs for bureaucrats and activists. It’s basically the same failing approach that inner cities have tried to address poverty and crime since the inauguration of the Great Society in the 1960s.

One wonders if the authors talked to anyone besides other politicians, activists and intellectuals… if, for example, they talked to people akin to those quoted in this Richmond Times-Dispatch article about Petersburg. Richmond is not Petersburg, of course, but the two cities are sociologically similar. They both have large populations of poor African-Americans concentrated in largely segregated neighborhoods. Petersburg has the highest per-capita murder rate of any jurisdiction in Virginia; Richmond has the third highest. 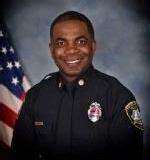 Petersburg Police Chief Travis Christian has a very different take on the root causes of violence. The large majority of killings in Petersburg, he says, involve disputes over drugs, gambling or just bad feelings between people who are unable to resolve their differences without violence. Says he:

None of our [homicides] this year has been as a result of self-protection or being protective of a loved one. The motive in most cases has just been anger … and having difficulty resolving conflicts without resulting in gun violence. It’s really unfortunate. It’s one of those things that we’re seeing as a trend, and not just in Petersburg. It’s the way of society right now.

Belinda Baugh, pastor of New Divine Worship Center, has led marches through Petersburg neighborhoods to protest the killings. She has pushed for a community center where young people occupy their time instead of hanging out on the streets — the kind of measure the Richmond group might call for. But she also points to the role of absentee fathers. In her marches, children carried posters that read, “Daddy, I need you. I need my family.”

We were trying to empower [fathers] as well, to let them know, hey guys, we hear you, we see the struggle, we know you guys are going through some stuff out here, but put the guns down and [embrace] a future that awaits you.

Many criminologists contend that fathers play a crucial role in the socialization of their children, teaching young men how to resolve their differences without violence. The plague of absentee fathers in inner cities and other pockets of poverty creates a generation of young men who know no other way.

According to Federal Reserve Bank of St. Louis data, Petersburg in 2018 had the second-highest percentage among Virginia localities of single-parent households with children — 70.0%, exceeded only by the Southside city of Emporia at 77%. The word “father” does not appear in the Richmond report. The terms “single-mother” and “single-mother household” are likewise absent.

There may be some good ideas in the Richmond report — ensuring that police get de-escalation training, for instance — but any set of “reforms” that fails to address the powerful correlation between absentee fathers, poorly socialized young men, and the proclivity of those young men to settle disagreements through violence is not worth much.

This entry was posted in Crime , corrections and law enforcement, Poverty & income gap, Uncategorized and tagged James A. Bacon. Bookmark the permalink.