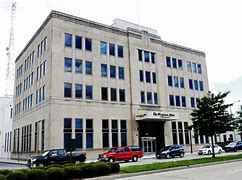 V-P building in Norfolk is being turned into 181 apartments. Staff members working from their homes.

It was headlined “Critical Race Theory, Explained” and was presented as news, not opinion.

The line between the two is more blurred every day. I wish it were not, but that is not my objection.

People are entitled to their own opinions on critical race theory and its implementation in K-12 schools. Honest people can disagree. But a newspaper is not entitled to wrongly redefine ideas that form the basis of an active public debate and then criticize one side.

To write this, I had to decide if the authors and their editor, if they had one at the shrunken Virginian-Pilot, were just ignorant or purposely misleading.

The paper is on its last legs, and staffers are working from home, so in a triumph of hope over experience, I am going with an ignorance/incompetence theory.

The article offers “some answers about what critical race theory is — and what’s behind the political war that has engulfed the nation’s schools.”

It thus set lofty expectations that it utterly failed to redeem.

“(Critical Race Theory is) an academic framework that tries to explain how race and racism affect people’s lives.”

“Critical race theory says inequities persist not just because of people’s biases but because racism is embedded in America’s legal and cultural systems.”

But, the authors then write, clearly distressed and disapproving:

“Critical race theory has become a household phrase because of a campaign to make it one by twisting its meaning.”

Its meaning has been twisted, but not by parents or “right-wing organizations” as the authors contend.

Old political axiom:  “If you are getting killed by your position on something, reframe” it.” Presto.

The V-P article positioned CRT as an entirely reasonable “framework” to advance society, but then offered a defense by redefining the term and saying what it is not:

“The framework is taught in college and law school classrooms, not K-12 schools.”

Nothing to see here, parents.

I decided to go for definitions to the institution where critical race theory was founded and where it continues to be centered, Harvard Law School. One of the reasons I “credit” the authors with ignorance is that they appear not to have known that Harvard is the keeper of that particular flame.

“The critique of rights developed by critical legal theorists has five basic elements:

• The discourse of rights is less useful in securing progressive social change than liberal theorists and politicians assume.

• Legal rights are in fact indeterminate and incoherent.

• The use of rights discourse stunts human imagination and mystifies people about how law really works.

• At least as prevailing in American law, the discourse of rights reflects and produces a kind of isolated individualism that hinders social solidarity and genuine human connection.

Disturbing, but important to know.

The V-P authors brought up “think critically” about race. So, let’s look at the Harvard definition of critical theory. “A family of new legal theories, launched since 1970, share commitments to criticize not merely particular legal rules or outcomes, but larger structures of conventional legal thought and practice. According to critical legal scholars, dominant legal doctrines and conceptions perpetuate patterns of injustice and dominance by whites, men, the wealthy, employers, and heterosexuals.”

The Harvard definition failed to mention that critical theory originated in the anti-capitalist Frankfurt School founded during the Weimar Republic to “Westernize” Marx (the Russian revolution had proven less an advance of society than hoped) by adding components from Hegel and Freud.

But let’s move on with the dons at Harvard.

Harvard Law School’s “The Bridge” project has written that CRT is:

“Not a set of abstract principles but instead a collection of people struggling inside and outside legal scholarship, critical race theorists are engaged in building a movement to eliminate racial oppression, and other forms of group-based oppression. The scholars pursue individual routes, methods, and ideas. Nonetheless, they converge around the belief that racism is endemic, not aberrational, in American society; that liberal legal ideals of neutrality and color-blindness have replicated rather than undone racism; that analysis should be informed by personal experience and contextual, historical studies; and that pragmatic and eclectic strategies should be pursued in the struggle for racial and social justice.”

The V-P article quoted a University of Arizona professor who opined that:

“It’s looking at systemic inequities,”… “If you and your actions are supporting that, then you might feel bad about it, but there’s nothing inherent that says white people need to feel bad and that white guilt is a central component of this in any way, shape or form.”

Sorry, professor, but the Harvard begs to disagree. Its description of CRT contains the following sections:

It is easy to see who has “twisted” Harvard’s baseline definition above.

The same V-P story informed us that the New Yorker has “attributed the entire (anti-CRT) movement to (Christopher) Rufo’s advocacy.”

Helpfully, to set expectations, they identified Rufo with Fox News and President Trump –– the loudest dog whistles in the woke universe. Do they believe that:

Have the authors read Kendi?

“Right-wing organizations have put out playbooks in recent months detailing how supporters can pressure school boards and other elected officials to denounce critical race theory — or remove them from office if they don’t.”

They failed to offer the observation that the backlash was in response to years of declarations of intent and now implementation of CRT in K-12 education. It was pre-dated by widely reported efforts of the entire race industry, including best selling books and massively overpaid speakers at faculty meetings.

Now teachers unions are proudly dedicated to those exact principles.

So, of course many parents are now rising to contest critical race theory in K-12 schools.

Maybe those parents actually read the source materials like those above before they offered opinions.

In Part 2, I will discuss the same Virginian-Pilot article’s take on Social Emotional Learning and the “protection” of transgender children by new VDOE standards.