In Defense of Solar Farms 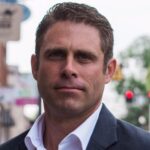 Two weeks ago Del. Nick Freitas submitted HB 2265 to repeal the Virginia Clean Economy Act on the grounds that it could jack up the electric bill of the average Virginia household by $800. “It is critical that the Commonwealth not add to the financial burdens of people trying to heat their homes by raising their rates as the VCEA clearly does,”  he said in a press release at the time.

I totally agree. The issue seems a bit academic today, as the bill did not make it out of committee. But the Virginia Clean Economy Act will take three decades to unfold, so the issue Freitas raised isn’t going away. I bring it up now because I think that Virginians who have problems with the Act need to get their story straight and work in unison. And there’s one important point where I differ with Freitas.

With the enactment of the VCEA, Freitas wrote in the press release, Virginia is experiencing extensive land leasing and acquisition by solar developers. More than 180 solar projects accounting for 140 million solar panels are in various stages of approval or construction. Full implementation of the ACT would consume 490 square miles of Virginia’s forests and farmland, an area twenty times the size of Manhattan.

“Our concern for the environment,” said Freitas, “should include the need to conserve our forests and farmland, while keeping energy costs down for our working families and seniors on fixed incomes.” His bill, implies the headline to his press release, suggests that repealing the VCEA would “conserve Virginia’s forests and farmlands from massive solar farm development.”

As long as appropriate measures are taken — especially ensuring the recycling of solar panels after their useful life — I don’t have a problem with solar farms. Landowners will not lease their land unless the payments they receive from solar developers exceed the expected income from farm and forestry uses. The average lease per acre ranges from $300 to $2,000 per acre, depending upon a variety of factors. Assuming 490 square miles actually are leased out, that represents potential payments of between $94 million to $630 million to rural landowners — without any expenditure of labor or capital on their part. That doesn’t include taxes paid to local governments, or jobs created to maintain the solar farms. As for viewsheds and minor nuisance issues, local boards can enact ordinances to mitigate whatever minor harm is done.

Solar development is a potential boon to rural Virginia. I would think that a legislator like Freitas who represents rural constituents would see solar energy as beneficial.

The problem with the Virginia Clean Energy Act is not solar, which now is the cheapest energy source available in Virginia. One of the big drivers behind the projected $800 increase in electric bills is the windfarm off the Virginia coast, which will add billions of dollars to Dominion Energy’s electric rate base and generate electricity at an extremely high cost per kilowatt hour. Another driver is is the mandated pace of achieving a zero carbon grid by 2050. Virginia’s electric grid can handle up to 30% or so of its electric power coming from variable renewable sources without significant risk of blackouts and brownouts. The risk increases as renewables’ share increases over that amount. So does cost, as someone has to maintain backup power sources that sit idle most of the time, to kick in when the winds fail and clouds block the sun. At some point, technological breakthroughs in battery storage may solve all those problems, but we’re not there yet, we don’t know when we will be, and we don’t know how much battery storage will cost.

I do agree with Freitas that electric power decision-making should be returned to the State Corporation Commission, which is equipped to make informed and rational decisions regarding the various risks and tradeoffs involved. The idea of the General Assembly micro-managing Virginia energy policy should terrify everyone.

Resistance to solar farms, I suspect, comes from two sources: a desire to preserve the traditional agricultural character of rural areas, and a deep skepticism by rural folk that a zero-carbon grid is needed to save the planet. Opposing solar farms is an easy way to flip the bird to insufferably arrogant urban elites. I get it. But solar farms are the wrong target. Let’s focus on the VCEA’s cost and threat to reliability.