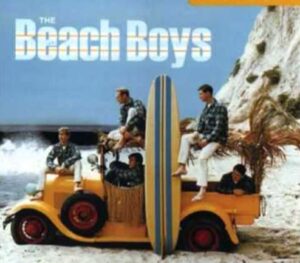 Over the last week and a half, I attended three Glenn Youngkin campaign events with three different women — my wife Michele and our two daughters, Mary Kathryn and Nora. It wasn’t intentional that I went to separate events with each of them, it just worked out that way. All three are college-educated suburban women.

While you might think that in our house we talk politics a lot and always vote the same way, I can assure you — we do not. Never have. I have always told our kids to vote for the person you think is best for the job. We compare notes afterwards. Michele and I have been the same way since our first political conversations thirty years ago. “Who did you vote for?” “Oh, okay.” “How about you?” “Oh, okay.”

The first event was at a local restaurant the Henrico GOP uses for its meetings in Innsbrook called Atlas 42. Good size. Clean. Plenty of room without being cavernous. Mary Kathryn and I went to check out the campaign of Glenn Youngkin.

I’ve been to hundreds if not thousands of political events over the years -from campaign coffees, pancake breakfasts, rubber chicken dinners, and stadium rallies with upwards of twenty thousand in attendance. After a while, you instantly know a good one from a bad one and a great one from a good one. They all have a feel.

We arrived a bit late as Youngkin had already taken the stage and was delivering his stump speech. And I’ll never forget what he said at the moment when I was first able to pay attention:

As I waited for Mary Kathryn to get signed in, I scanned the room taking inventory of the campaign operation, the crowd, the set up, and spotted Garrison Coward, Youngkin’s campaign manager. I also felt the room. Instantly, I felt there was a happy, positive energy about the place. We made our way over to Coward trying to be quiet as we zig zagged through the seated crowd.

Garrison greeted us warmly as I said, “Place has a great vibe.” Mary Kathryn readily agreed.

On the Thursday night before the Saturday Unassembled Convention, Michele and I drove out to Youngkin’s Chesterfield County campaign rally which featured Texas Senator Ted Cruz. While known to local Republicans, this place is off the beaten path and frankly without Google maps would have been hard to find. Worse still, the place is massive.

Before we arrived, Michele asked me what I thought a good number for attendance would be for Youngkin at this event. “You pay attention to those kinds of things.” I said that 200-250 would be a good number. Then I saw that it was not just in a horse barn but a horse riding arena about which I said, “That’s not good. Too big. Bad visual for the cameras.” Michele asked me why that mattered and I explained the old campaign rule, “Book a small room and pack it!” 200 in our living room and people say, “Wow, this place is packed.” 200 in a horse riding area and people think, “Yeah, no one’s here.”

As we drove in Michele says to my surprise, “I sure hope Republicans don’t find a way to screw it up again…” She’s usually not vocal about these things and certainly not in early May.

Well, when we got there the parking lot already had over 200 cars parked and more coming in. But the place was massive. Still, it was a nice comfortably warm spring date night and we made for the entrance. There was a line. Always a good sign. There was that same feel from the Henrico event — a good vibe. Happy people. Lots of them. I spotted and spoke with five other statewide candidates also there — Lt. Governor candidates Tim Hugo, Glenn Davis, and Lance Allen as well as Attorney General candidates Leslie Haley and Jason Miyares.

When down-ticket candidates go to the events of the top of the ticket candidates, that’s a solid tell. They know where the numbers are going to be and that close to the end of the campaign there is no sense trying to make your own event so you go to someone else’s. And they went to Youngkin’s.

So did hundreds more. The Youngkin camp didn’t yield the one thousand plus who had registered, but they came close enough to leave everyone in that place with that good feel. That good vibe. Oh, and over a thousand registered to attend.

Ted Cruz gave his speech with most of the folks up front listening intently as he hit his talking points and applause lines. Youngkin came out delivered basically the same speech as the Henrico event hitting his lines well.

What Election Nerds like me notice in speeches from Cruz and Youngkin are which lines get the big cheers and the ones that fall flat. While each of their speeches had both cheers and misses, one could tell that the Republican applause lines were shifting.

We left in the middle of Youngkin’s speech to beat the crowd out — another good sign — and as we drove out past the event the Michele asked, “Well, what do you think?”

“He’s going to win on Saturday.”

“You can feel it. Look at the advance work. Did you see all that was going on? How well that was run? That’s a great campaign right there.”

“Oh, I like him. That was a fun event. Like really fun and I didn’t see anyone acting all crazy.”

On Saturday, Michele and I went early to vote so we could get her to her job at the Short Pump Mall Williams Sonoma. (Love that discount!) We got in line chatting with campaign volunteers and other voters. There it was again — that feeling. That good vibe. People were happy. And there were a LOT of people in line early. Another tell.

While we had feared waiting in line forever, the Henrico County GOP put together a fantastic voting operation. We were in and out in less than ten minutes; however, we stayed a bit longer talking to folks. It felt good to be out and seeing people we knew.

Youngkin won the Republican nomination after the Ranked Choice Voting ballots were hand counted on Monday at the Richmond Marriott. On the first ballot, Youngkin slightly over performed where his team thought he would be and then the following rounds put him over the required 50% majority. That over performance on the first ballot was also a tell and a very positive one at that.

Last night, I took our younger daughter, Nora, to Glenn Youngkin’s victory rally in Richmond. This was his first speech following the nomination. Nora will graduate from college this Saturday and is the least politically engaged of the Saxman women. Mary is about an 8-9 on a 10 scale, Michele runs around 4-5, and Nora is about a 1-2 at this stage of her life.

Nora is relatively new to campaign events. She went to some when I was in the Virginia House and on the ’08 McCain campaign, but she was really too young to remember them well. Except when she met Sarah Palin. She loved that. “Dad! She like liked my name. That’s like etched in my brain forever!”

Nora is one of the most empathic people you will ever know. She feels EVERYTHING. Nora can feel a room instantly and in its entirety.

Not uncommon event in our house — I will enter a room and she’ll ask, “What’s wrong?”

“Please don’t do this. I just want coffee.”

Mary Kathryn or Michele will then overhear the conversation, “What’s going on?”

No. Dear God, No. Not all three of them…

“I knew it. Something’s wrong.”

“It is now.” (and she was right of course…but how did she know?)

She’s that kid. Anyway, we’re standing in the back of the packed room watching the event and Nora, a former volleyball player, can see over most of the crowd.

Until last night, she had never seen or heard Glenn Youngkin in person and asks, “What’s his agenda? Does he even have one?”

“Well, nominations are different from the general. I’m sure he’s working on that.”

Youngkin takes the stage and is no more than two sentences in when Nora leans over to me, “I like his energy. Very positive.” As the speech goes on, she updates me on her thoughts, “This is a really good speech. A little long… Who wrote it?” Later it was, “Dad, he’s really good. He needs to go to college campuses. What do you think?”

“He’s as close to a unicorn as it gets for Virginia Republicans.”

“Yeah, it really does. I’d definitely vote for him.”

Virginia’s political season is back in full swing — again — and the Republicans are feeling some really good vibrations about the top of their ticket. And rightfully so.

This is a slightly right-of-center state, and the GOP has a talented, disciplined gubernatorial candidate who won’t have to spend most of his time holding out a tin cup.

Glenn Youngkin was a potential game changer coming into this nomination battle and he delivered. Big time.

Not only was Youngkin able to overcome the Republican Party of Virginia’s constant screw ups and incompetence in their convoluted convention deliberations, but he did so without alienating his opponents who stood by him last night as he declared victory.

Glenn Youngkin is quite possibly the best statewide candidate I have seen in my nearly thirty years of Virginia politics. It’s still very early in his political career as he’s only formally been in this race since the beginning of the year, but this guy has some real chops.

As Congressman Bob Goodlatte told me many years ago, “In politics, timing is everything.”

And that’s making for a lot of good vibrations for Virginia and national Republicans.

But don’t just take my word for it. Ask the college-educated suburban women who could swing this election. Given the crowd last night, you can start that conversation at a Youngkin-for-governor event. There were plenty there and they liked what they heard.

This column is republished with permission from Cold Fusion, Chris Saxman’s Substack account.

This entry was posted in Elections and tagged Chris Saxman. Bookmark the permalink.