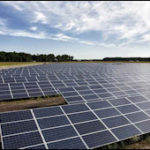 One of the first decisions the State Corporation Commission may need to make in Monday’s hearing on the Dominion Energy Integrated Resource Plan (IRP) is whether to allow and consider testimony about the cost of the Atlantic Coast Pipeline.

Dominion filed a September 7 motion asking that testimony from a witness brought by Appalachian Voices “be stricken as irrelevant and improper,” which the environmental group answered with its own brief filed Friday.  Dominion argues the cost of the pipeline is not part of the IRP and is not properly before the commission in this case.  It will seek to recover the pipeline capital costs when gas from the pipeline is subject to a future fuel cost review.

Gregory Lander of energy consulting firm Skipping Stone states in his disputed testimony that the costs are already built in.  “The Company’s 2018 IRP embeds the costs of the Atlantic Coast Pipeline into each of the generation scenarios it presents…. (but) has not properly costed-out the all-in cost of increasing, beyond its current pipeline capacity portfolio, the costs associated with the level of pipeline capacity it intends to obtain on the Atlantic Coast Pipeline.”

He claims that acceptance of the IRP by the Commission in effect accepts that up to $3 billion of the cost of building and operating it will be passed on to ratepayers over 20 years.  Those are in addition to the cost of the gas.  Opponents of the pipeline argue it is not necessary to bring natural gas via the ACP to Dominion’s generators, and if it does so it will be supplanting lower-cost alternatives.

This is just one of the disputes expected when the SCC takes live testimony for two days on the plan, which outlines several scenarios for meeting future demand in Dominion’s territory while meeting current and future environmental rules. The amount of demand growth over the period is itself the main point of contention, with opponents claiming the utility has inflated its needs to justify excessive new plant construction.

In rebuttal testimony Dominion pushed back on claims by the SCC staff and others that it won’t need additional generation. It says the others ignored recent winter peak demands and claimed that an economic slow period responsible for flat demand is coming to an end.  “The lack of economic growth in Virginia has been a key driver to the forecast being higher than what has actually occurred” wrote Dominion’s director of energy market analysis Robert Thomas.

One of the reasons cited for expected growth is the explosion of data centers in Virginia, but representatives of that industry filed their own written comments disputing they will cause higher demand.  The letter was signed by eBay and Adobe among others. 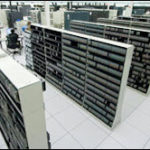 “Technological advancements are helping to reduce the load burden of our operations—a trend that we expect to grow over time. As such, the current energy demand of an average data center facility will likely decline over time, requiring utilities to adapt to flat or declining load growth. We therefore advise regulators and utilities to consider these advancements before building out expensive fossil-generated peaker plants that could become obsolete and therefore a burden on ratepayers.”

The big headline coming out of earlier SCC staff testimony was a prediction that the shift to more renewable energy outlined in this plan and dictated by the General Assembly earlier this year will add $5.57 billion in ratepayer costs over the 15-year period.  The utility disputed that on several fronts, claiming for one thing that the cost of solar in the SCC projection was too high because it was using too low of a capacity factor.

Assuming higher capacity for new solar farms reduces the staff’s estimate by $1 billion, Dominion claimed.  It also pointed out that the staff had included in the cost the $870 million in demand management and energy efficiency programs called for in that state legislation.

Dominion regulatory consultant Deanna Kesler notes the new state law “only requires the Company to propose $870 million of spending on energy efficiency programs…(and) the Commission is not required to approve energy efficiency programs in this amount. Therefore, it seems inappropriate to reflect the $870 million cost as a line item in his table,”  referring to an SCC chart in evidence.

The rebuttal witnesses also pushed back on the SCC staff analysis that Dominion planned 15 gigawatts of new generation, nearly a complete rebuild of its system, if possible extensions of nuclear plant licenses were included.

Dominion stated decisions on building a major 2,000 MW wind project off the Virginia coast and on extending the licenses of its existing nuclear plants are yet to be made – and those decisions might be no.  Both would be huge capital expenditures and would show up on ratepayer bills as new rate adjustment clauses for decades.

Dominion’s vice president for generation construction, Mark D. Mitchell, said work on extending the licenses at North Anna and Surry into the 2050s is “paused” and it won’t seek to recover any of the money it has spent so far until sometime after January 1, 2020. “The Company understands that any spending undertaken by the Company prior to receiving approval for cost recovery from the Commission is being done at our own risk.”

The projected cost of those new licenses is discussed in the various IRP documents but heavily redacted.  Only people who have signed a non-disclosure agreement for the case can see them.  A 70-page comment filed by Thomas Hadwin of Waynesboro, who regularly contributes to Bacon’s Rebellion energy discussions, estimates the cost at over $4 billion and says that would produce prohibitively expensive power.  Hadwin joins in the chorus attacking Dominion’s load projections and calling for more emphasis on demand reduction.

With the passage of the 2018 legislative package on renewables and the expected enrollment of Virginia in the Regional Greenhouse Gas Initiative (RGGI) the case has taken on added importance, drawing dozens of participants producing thousand of pages of testimony.  However, any plan ruled acceptable by the commission is just an outline and does not bind the company or the commission as the individual elements come up for their own approvals.