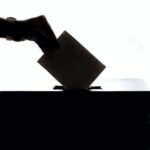 Every once in a while – not often, rarely in fact – you see a common sense bill in the General Assembly and think to yourself, “No one could oppose this.”

That was the case with SB1422, a measure introduced by Virginia Beach State Sen. Jen Kiggans. She calls it her “Election Accuracy Bill.”

I call it the “Dead-People-Don’t-Vote Bill.”

It was quite simple.

The bill would require the State Registrar of Vital Records to send the Department of Elections a weekly list of people over the age of 17 who died during the previous seven days. Currently, this list is transmitted monthly.

The bill would also require the voter registrars to use this information to purge the names of the deceased from the voter roles.

Keeping voter registration lists current and accurate is a good thing, no?

Oh, and it wouldn’t be expensive to implement. The fiscal impact statement attached to the proposed bill said implementation would be routine and “would not require additional funding.”

Best of all, Kiggans claims that voter registrars across the commonwealth supported the measure to keep voter rolls clean, up to date and free of corpses.

I can see why. In 2019, 69,729 Virginians died. Assuming most of those were over the age of 17, that would work out to about 5,800 voter deaths a month. However, if the registrars received weekly reports, there would be a more manageable list of only about 1,340 names to purge every seven days.

State senators saw merit in the measure and it easily passed that chamber 34 to 5, on a bipartisan vote.

My election accuracy bill (SB1422) which removed names of the deceased weekly ensured accurate voter rolls, was supported by voter registrars, and reduced election officials work load. It had bipartisan support in Senate but was killed by House Democrats…Bless their hearts… pic.twitter.com/5SGRStQuFH

But then the proposal got to the House of Delegates, where it hit a huge partisan roadblock. The bill was tabled in the Privileges and Elections Committee along an almost 100 percent party-line vote.

The vote to scrap the bill – in this session, anyway – was 12 to 10. The dozen delegates who opposed to quickly sweeping dead people off the voter rolls were all Democrats. Only one Democrat joined the GOP committee members to vote for clean registration lists.

That was Shelly Simonds of Newport News, by the way.

With a cloud hanging over some results of the last mail-in election, every state should enact laws to bolster confidence in electoral outcomes.

Yet some Democrats in the House of Delegates like things just the way they are.

This entry was posted in Electoral process. Bookmark the permalink.