Signs of the Bubble Economy… 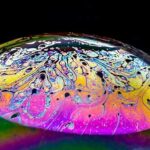 From Virginia Business magazine: Charlottesville-based Blue Ridge Bank has made it possible for customers to purchase and redeem bitcoin at its ATMs — the first commercial bank in the country to do so. Blue Ridge Bank cardholders can purchase and redeem the virtual currency at 19 locations across the state. A year ago, bitcoins were worth $6,000 each. Today, they’re worth approximately $45,000.

By all means, let’s make it easier for small, unsophisticated investors to speculate in highly inflated and volatile cryptocurrencies!

Last August Michael Saylor of Tysons-based Microstrategy invested a quarter billion dollars in bitcoin on the premise that massive fiscal and monetary stimulus in the U.S. and other central banks around the world would be highly inflationary. His bet is looking brilliant at this moment in time. More recently, Elon Musk of Tesla fame — Tesla shares ballooned 7.4 times in 2020 on rampant speculation — has endorsed bitcoin. Don’t get me talking about the GameStop frenzy or the IPO boom for companies that have yet to make a profit. The scary thing is, we haven’t reached peak crazy yet.

The next COVID-19 relief bill will inject another $1.9 trillion into an economy that is growing and needs no more economic stimulus. One of three things will happen: (1) The bubble will burst and there will be a systemic crash, likely global in scope; (2) the bubble won’t burst but the U.S. will get massive inflation instead; or (3) the laws of economics have been repealed, and the political class will spend happily ever after.

If you don’t believe in option 3, you’d better prepare for options 1 or 2. Once upon a time, I entertained the fantasy that, by showing fiscal discipline and finding more cost-efficient ways to deliver core government services, Virginia could escape the consequences of our national folly. I don’t believe that anymore. Virginia’s political class is as short-sighted and delusional as any state’s. I used to make the snarky comment that Virginia was becoming New Jersey. I have to revise that. Virginia is becoming California… without the wealth-generating machine of Silicon Valley. Indeed, as a wag in the Bacon’s Rebellion comments observed, California is taking lessons from us!

In his newsletter today Chris Saxman, executive director of Virginia FREE, sent out a pessimistic missive opining on the many signs of political and moral decay in the nation today. “Our binary political system,” he said, “is a rotting, corrupt corpse enabled by its most loyal customers who sadly comprise only 15% of the electorate and 7% of the population.”

I share that sentiment…. Except I’m even more pessimistic. The stinking, rotting corpse of a political system sits atop a stinking rotting corpse of an economic system. When the economy collapses, and middle-class Americans who’ve pinned their hopes on Tesla shares, GameStop shares, and bitcoin lose everything, and more prudent Americans who’ve played by the rules see their life savings ravaged by inflation, and all the while the rent seekers get rich, there will be a reckoning the likes of which Americans have not seen in a very long time.

This entry was posted in Business and Economy and tagged Boomergeddon, James A. Bacon. Bookmark the permalink.