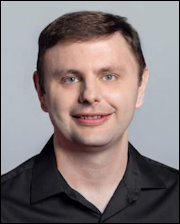 This may be the most fascinating Virginia business story of the year. Block.one, a leader in blockchain technology that originated in Blacksburg but is headquartered in Hong Kong, has announced that it will establish its U.S. headquarters in Arlington County. Virginia is providing a $600,000 grant from the Commonwealth Opportunity Fund to snag the $10 million investment.

Block.one employs more than 80 people in Blacksburg, and the town will “remain a significant innovation hub,” reports the Roanoke Times. The company is hiring people for 44 jobs in Blacksburg, and 21 in Arlington. Blockchain is known mainly as the technology that underpins digital currencies, although it has fast-growing applications in payments processing, logistics, and other fields.

The governor’s press release said that Block.one publishes the EOSIO blockchain software, “the fastest public blockchain protocol in the market. The free, open-source protocol is designed to be adapted and used by the developer community and companies to create a more secure and transparent digital infrastructure.”

Blockchain spending will grow at a five-year compound annual growth rate of 76%, forecast IDC in a 2019 report. Total spending globally is expected to reach $12.4 billion by 2022, led by the financial sector followed by the manufacturing and resources sector.

Block.one has invested $150 million to develop its “Voice” social media platform built upon that blockchain technology. “We think social networking is due for a major rework. From the bot mobs, to the data tracking, to the shady algorithms behind our feeds, social media has not been a good friend to us,” says the website.

“Voice will cultivate creation, sharing, discovery and promotion of content on social media platforms by real users, not bots and fake accounts. Through a truly self-sustaining economy of ideas, users will directly benefit from their ideas and engagement on the platform,” a press release elaborates.

About those subsidies… Let us posit that Block.one is a technology company with huge growth potential. What’s the justification for the state shelling out $600,000 to steer the location of its U.S. headquarters to Arlington? The reasoning remains opaque.

Some background: Most of the executive team is located in Hong Kong. How that came to be is a story in itself. (Virginia Business magazine, are you paying attention? This story is custom-made for you.) I surmise that the big venture money for Block.one also came from Honk Kong, but that is only a guess. Co-founder and Chief Technology Officer Dan Larimer remains in Blacksburg, along with Eddie Schwartz, chief information security officer.

Why locate a U.S. headquarters in the Washington area? One clue comes from Secretary of Commerce and Trade Brian Ball. “To sustain its incredible growth, Block.one’s new home base in Arlington County offers access to top-tier IT talent and proximity to policy and decision makers in Washington, D.C.,” he is quoted as saying in the governor’s press release.

Block.one confirms that reasoning in its press release: “According to Cyberstates 2019 report, Virginia is ranked second in the nation with the highest concentration of tech workers, accounting for 10.7% of the Commonwealth’s overall employment base, while generating $62.7 billion in direct contribution into Virginia’s economy.”

But it’s not all about the workforce. Block.one Chief Operating Officer Andrew Bliss adds this: “Arlington’s proximity to Washington, D.C. also allows us to continue building constructive business and government relationships as we provide insights for the application of blockchain based technologies.”

(Might one of the “constructive business relationships” might be with Amazon, which is building its massive HQ2 project in Arlington? Neither the governor’s press release nor Block.one’s mentions such a tie-in.)

Back to the original question: If the Washington region is such an advantageous location, why the need for a $600,000 subsidy (which does not include a “Major Business Facility Job Tax Credit for new, full-time jobs created” for which the company is eligible)?

The governor’s press release says only, “Virginia successfully competed with Washington, D.C. for the project.”

Clearly, this economic-development project is good news. But I’d like to see more of an explanation of why the $600,000 grant was necessary.

This entry was posted in Economic development, Entrepreneurialism. Bookmark the permalink.