Behind Dominion’s Shift to Renewables 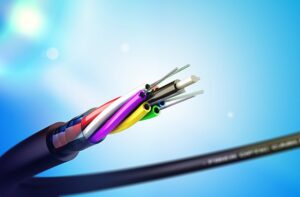 Ever wonder why Dominion Energy found religion and announced a major shift to renewable energy?

The answer is that modern, high technology businesses want it and the Richmond-based utility wants to respond to their desires.

This one of the themes in this recent cover story I did for Style Weekly that explores how Dominion’s major shift in direction is part of several dynamics that are pushing solar wind and other renewables instead of keeping on with fossil fuel.

Here’s the reporting in a nutshell:

In other words, the world is moving beyond the Old Economy business interests that are complaining that shifting to renewables will mean potential loss of service and higher costs. The truth is that renewables are becoming cheaper and do much to address climate change, which many believe is an existential problem for the globe.

For my Style article, Ed Baine, president of Dominion Energy Virginia, wrote in an email, “We’re delivering on our commitment to net-zero carbon and methane emissions because our customers, policy makers and employees want more clean energy.”

Virginia joins a regional carbon trade program in January and plans on being carbon free by 2050.

To be sure, there are concerns about the shift to data centers. Ivy Main of the Virginia Sierra Club told me that utilities and the state will have to develop lots more renewable capacity faster to meet the digital demand.

She’s also concerned that localities may be too kind with incentives for the big social media firms, the centers permanently employ relatively few workers and if the power does go out, the massive centers will kick in diesel generators which are quite polluting. Other environmental groups are critical of the large spaces the centers need.

I have been following the evolving attitudes among corporations for renewables for at least five years. In this piece, I note that the Googles and Facebooks of the world want renewables while older industries are fine with natural gas. At the time, Dominion only had one megawatt of renewable energy and was resisting moving into wind and solar.

This wholesale shift in energy strategy has already provoked major changes in planning generating capacity. Last summer, Dominion and its partner, Duke Energy, killed the controversial, $8.5 billion Atlantic Coast Pipeline that would take fracked natural gas from West Virginia, through Virginia, and on into North Carolina.

Another shorter line, called a “header,” that would tap into existing natural gas pipelines has been delayed and may be dead. Proposed by Virginia Natural Gas, the pipeline would have taken gas from Northern Virginia to Hampton Roads and perhaps serve a new gas generating station in Charles City County.

One final thought: this story suggests that the powers pushing renewables are strong and are unlikely to change anytime soon. Those pushing natural gas, such as right-leaning think tanks in Virginia and Massachusetts that have been funded in part by the fossil fuel industry, are on the wrong side of history.