Shortage of Health Facilities Inspectors Puts All Virginians at Risk 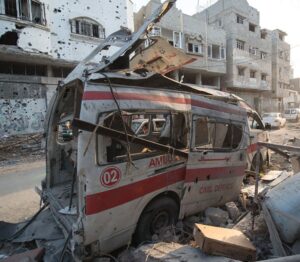 I have been the single fiercest public critic of the Virginia Department of Health in general and its Office of Licensure and Certification (OLC) in particular. I have been particularly critical of OLC’s inspections of nursing homes.

We need them to do better, and they agree.

This essay will report what the OLC leadership in response to my FOIA request suggests is required to meet their critical responsibilities.

Their answer is additional staffing and technology, just as reported in an Office of State Inspector General (OSIG) report in 2017.  I dealt with that office more than a decade ago when it was under different leadership and the shortfalls were the same.

The FOIA response indicates to me that the 2017 OSIG report that criticized OSIG staffing and technology shortfalls was utterly ignored.  The OSIG might wish to report on that.

This essay will also name the names of those is responsible for addressing the problems in the 2021 General Assembly session.

My military and civilian careers taught me many lessons, but the one applicable here is you get what you inspect.

I am absolutely sure that the healthcare industry hates inspections, but I am equally sure we need them. Given the way Richmond works, I darkly suspect that the lobbying on this issue has not been in favor of giving OLC the resources it needs. We will watch that closely in 2021.

Emphasis seen throughout is mine.

In addition, the OLC administers the state’s certification and registration programs for:

The OLC is also the state survey agency for the U.S. Centers for Medicare and Medicaid Services as well as administering the federal Clinical Laboratory Improvement Amendments (CLIA) program for Virginia.

In addition to regulatory compliance inspections and surveys, the OLC is responsible for actively supervising the Cooperative Agreement on behalf of the State Health Commissioner as well as investigating consumer complaints regarding the quality of health care services received.

These inspections are conducted by medical facilities inspectors who are health care professionals such as physicians, registered nurses, dietitians, social workers and laboratory medical technologists.

I recently filed a FOIA request that asked about OLC staffing. The request was in reference to a April 2017 performance review conducted by the Office of the State Inspector General that found massive shortfalls in the staffing levels of OLC. Not a thing has changed.

Mr. Hilbert, I believe that the OLC is perhaps the most crucial office in the VDH. I have reviewed the most recent IG Report on the Department of Health:

Specifically, I refer to Observation No. 6. Centralized Health Facilities Inspection Performance Data Needed and the Department’s response. I provide the applicable IG recommendations and management response information from that report below this request.

I request an information update in reference to that report is as follows:

What I got back was the most complete and forthcoming response I have ever seen from a government agency. It deserves to be reprinted and I will do so here.

Ms. Kimberly F. Beazley is Director of OLC. Based on this response, the agency is lucky to have her. I also thank Joe Hilbert, the FOIA officer at VDH, for passing it on unvarnished.

The situation reported puts every Virginian at risk.

“This is in response to your recent email about the April 2017 performance review conducted by the Office of the State Inspector General. Thank you for contacting us with your concerns.

The Virginia Department of Health (VDH) Office of Licensure and Certification (OLC) is responsible for licensing and inspecting health care facilities in the Commonwealth of Virginia. OLC’s overall situation with respect to funding and staffing has not improved since April 2017.

Neither the current authorized staffing nor the current actual staffing allow OLC to meet its statutory and regulatory mandates. The specific shortfalls affecting OLC are the lack of sufficient medical facilities inspectors (MFIs) to conduct state licensure inspections. Even if OLC had every MFI vacancy filled, it would still not be enough to meet the statutorily prescribed 2-year interval between routine state licensure inspections. OLC has calculated the number of licensed facilities that have exceeded the 2-year inspection interval:

VDH has previously sought, without success, to have legislation introduced to remove these fees from statute and authorize the State Board of Health (Board) to set fees via regulatory action so that sufficient licensure fee revenue could be generated to support the necessary staff to conduct licensure inspections. Given the continued limited availability of state general funds, VDH again sought to have such legislation introduced during the 2021 Session.

Another hindrance to OLC’s ability to carry out its duties is the passage of Chapter 465 (2017 Acts of Assembly), which prevents OLC from re-inspecting a facility unless all other facilities of that same type have received an inspection. Prior to this legislative act, OLC would schedule inspections based on geographic closeness of facilities, to better utilize the MFIs’ time and state resources; after the passage of Chapter 465, MFIs travel greater distances between inspections so that inspections can be conducted in order. This increased travel increases the length of inspections, which means less inspections are conducted annually, and increases the cost of inspections, which compounds OLC’s financial situation.

In regards to your question regarding OLC’s capability to “easily identify inspection issues and evaluate trends and optimum staffing levels,” OLC had previously reached an initial agreement with VDH’s Office of Information Management (OIM) wherein OIM would build an automated online licensing system for the Division of Long Term Care Services, at OIM’s expense, which would allow supervisors to run ad hoc reports so trends and issues could be easily identified.

Provided this system was successful for the Division of Long Term Care Services, OLC had planned to expand the system to the other divisions within OLC. However, OIM subsequently declined to pursue development on any system unless OLC was responsible for the costs associated with development.

As noted above, OLC is operating under severe financial constraints and is not able to do so at this time. OLC has repeatedly requested funding to support development of an automated online licensing system; these funding requests have been unsuccessful to date. OLC will continue to pursue funding for this purpose. (emphasis added)

We want all residents in Virginia to have access to safe and high quality health care.”

This entry was posted in General Assembly, Governance, Health Care. Bookmark the permalink.