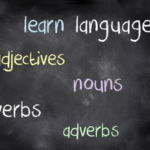 It started Wednesday morning with an innocent phone call to the “Kerry and Mike Show.”

A caller was talking guns – what else? – with Mike Imprevento and mentioned that someone had wanted to GIFT him a gun.

What’s wrong with GIVE, I thought, gritting my teeth.

Mike responded with something about GIFTING firearms and I couldn’t control myself. I was in such a state that I could no longer focus on the firearm issue.

I feel so strongly about the misuse of “gift” that I wrote about it two years ago when Nordstrom had an irritating holiday campaign, “Let’s Go Gifting.” In a vain attempt to stop this atrocious assault on the English language I begged the store’s advertising knuckleheads to cease and desist, while admitting that my research showed that there is a culture – just one – that uses “gift” as a verb:

Look around. Do you see the Loch Ness monster? Did you eat haggis for Thanksgiving dinner? Are you wearing a kilt? Do you hear bagpipes? Is your name Sean Connery? If you answered no to all five of these questions, you are not Scottish and you’re not in Scotland. You have no reason to misuse the word “gift.”

Yesterday’s rant unleashed a volley of phone calls from our smart listeners. They sounded off about their grammar pet peeves. Man, do they have them!

Fewer versus less, affect versus effect, inflammable versus flammable, apostrophe abuse and more. Since then, emails have been pouring in with grammar gripes.

Then I remembered something that had been annoying me since Monday. A Tweet from Rep. Alexandria Ocasio-Cortez:

Great, now he can sign @RashidaTlaib and I’s amendment to bring the $600 checks to $2k 🤗 https://t.co/foq2dmNUrS

Bear in mind, AOC graduated with honors from a fine school: Boston University, with a BA in international relations and economics.

No one wants to end the year on a negative note, but hey, it’s 2020. The future of the English language?