Welcome to the New Year, Same as the Old Year 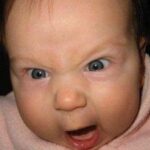 Three hundred and sixty-five days ago, my wife and friends and I tossed confetti, tooted our noisemakers and welcomed in a new year. Twenty twenty, we all agreed, couldn’t possibly be worse than 2019.

It didn’t take long to disabuse us of that notion. First came the coronavirus. Then the George Floyd protests and riots. And then the presidential election. We won’t be celebrating New Year’s Eve with anyone this year — we’ll be hunkering down in social isolation — but we’re thinking that, short of an outbreak of nuclear war, 2021 has got to be better than our current annus horribilis.

But it could be a close call.

On the positive side, we should be on the downward slope of the COVID-19 epidemic as vaccines are administered and herd immunity sets in. Life for most will return to normal. We’ll be able to socialize and travel once more. But 2021 will be no epidemiological nirvana. The virus will do plenty of harm on its way out. Millions more Americans will be infected and tens of thousands likely will die. Many people will suffer lingering medical after-effects from the virus. And the nation will be dealing with the economic, mental-health and fiscal fallout for years to come.

The unemployment rate in November stood at 6.7%. That is bound to come down as the epidemic recedes and the economy recovers. But the shutdowns have done lasting harm. Thousands of small businesses will have folded. Thousands of families will have been evicted from their homes. Anxiety and depression will have spiked, accompanied by a rise in substance abuse, drug overdoses and suicides. Millions of school children, stuck at home as schools closed, will have learned very little online. The after-effects will be especially pronounced for children from lower-income families, with potentially lifelong ramifications for learning, drop-out rates, criminality, and job advancement.

Most perilous, though less immediate and less visible, is the massive deficit spending. Ten years ago I wrote a book, “Boomergeddon,” warning of the consequences of runaway deficit spending. At that time the Obama administration’s Office of Management and Budget (OMB) was projecting that the structural imbalance between tax revenue and spending outlays would result in a $1 trillion deficit by fiscal 2020. I thought the forecast was naively optimistic, failing to take into account the possibility of a recession. With an end-of-decade recession, according to numbers crunched by Chmura Economics & Analytics for the book, the deficit could exceed $1.7 trillion. The actual deficit this year (fiscal 2021): $3.3 trillion.

Unless the U.S. has devised the economic equivalent of a perpetual motion machine, there will be calamitous consequences when the joy ride ends in a crash. When I was writing in 2010, I thought that the collision with reality would occur in the late 2020s or early 2030s. I did not then foresee the Federal Reserve Board’s strategy of quantitative easing and financial repression (keeping interest rates artificially low), which dampened the compounding effect of higher interest payments on the deficit. Whether the end result is massive inflation or fiscal collapse, no one knows. But history tells us the debt spiral cannot end well.

As ominous as the fiscal trends are, fiscal, economic and social collapse are still some years away. Boomergeddon won’t be on anybody’s radar screen in 2021. But racial justice will be.

It’s a healthy thing to critically examine our institutions and practices, and I expect that some of the changes we have enacted (or will next year) will have a beneficial effect. It would be a wonderful thing if Virginia can devise ways to hold police accountable for abuses and to end mass incarceration — as long as we can do so without seeing the surge in murder rates experienced in Chicago, New York, Baltimore and other major cities across the country. I remain hopeful that our criminal justice system will be more just toward African Americans in 2021, while also holding my breath to see what happens to the violent crime rate in African-American communities.

Meanwhile, the application of Critical Race Theory continues to spread through Virginia’s system of K-12 education and its higher-ed institutions. I see zero upside to this doctrine of victimhood and grievance, which does nothing to uplift anyone. To the contrary, I expect the application of CRT theory in our schools will lead to the opposite of what is intended. The racial gap in educational achievement will get worse, not better. Meanwhile, African-Americans, feeling more estranged and alienated on our college campuses, will self-segregate while many whites will pull back for fear of violating racism taboos that change by the day. There is nothing in CRT that will help minorities become more successful. These racial dramas will continue to play out in 2021 to the discomfiture of all.

One thing will make millions of Americans deliriously happy — the departure of Donald Trump from the White House (either voluntarily, or kicking and screaming). Even Americans who voted for him feel exhausted by him, and many will not miss him when he’s gone. President Biden has promised a return to normalcy. Given the divisions rending our society, though, I worry that the new normal won’t look much different from the old normal.

This entry was posted in Budgets, Culture wars and tagged Boomergeddon, COVID-19, James A. Bacon. Bookmark the permalink.