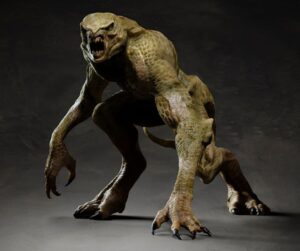 Bacon’s Rebellion has been filled with many thumbsuckers about how “Critical Race Theory” is an existential threat to Western Civilization.

But now there is a new theory of concern that makes the racial considerations seem, well, so 2020.

It is called “Critical Lizard Theory” and it actually exists.

According to NBC News, investigators are probing possible links between Nashville suicide bomber Anthony Quinn Warner and the conspiracy idea that many prominent people in the world such as Queen Elizabeth, the Clintons, Barack Obama, Madonna, Paul McCartney and even Bob Hope are or were lizard-like aliens who arrived on Earth and assumed human characteristics.

There seems to be evidence that Warner made trips to an undisclosed spot in Tennessee to check into aliens, NBC reports. Warner is believed to have constructed a bomb at his suburban Nashville home and placed it in a recreational vehicle before setting it off in the city’s downtown.

According to Vox, Critical Lizard Theory has been around for at least 1998. In 2008, the words “lizard people” found their way onto a midterm election ballot in Minnesota.

Vox provides a checklist for the theory. It reports that Lizard People tend to have red hair, good eyesight, low blood pressure and have unexplained scars on their bodies.

They are believed to be from the constellation Draco or maybe from Sirius or Orion. They arrived on Earth long ago and have bred with humans. They have one goal: world domination, Vox reports.

I realize that believing this is a stretch, but then, for me, it is a stretch envisioning Critical Race Theory as such a threat to justice and world order. Isn’t it really about doing some serious thinking about the enduring problems of racism? Why do people always slap up pictures of Karl Marx with their blog posts?

Is it really socialist or communist? I lived and worked in Moscow for six years and I found the Russian people to be openly racist. I won’t tell you what they called Blacks, Ukrainians, Georgians, Chechens or anyone from Central Asia.

Back in the Cold War, the Soviets set up a school called Patrice Lumumba University, named after the socialist head of the Belgian Congo who was assassinated. The idea was to bring in and educate people from the Third World and bring them into the Soviet sphere. Many hitch-hiked around the city only to be beaten up badly by Moscovites who picked them up.

Why concentrate so much on criticizing Critical Race Theory when there are so many bigger concerns such as global warming, a global virus pandemic and finally getting rid of the most incompetent president in U.S. history?

In any event, you read it here. Critical Lizard Theory is a new conspiracy concept for a new year and a new decade.