Women, Stop Blaming Men If You Can’t Have It All 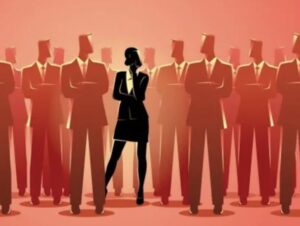 Yesterday I was invited to join an advisory panel for a Women in Leadership course hosted by a university in Washington, D.C. Excited to learn about the possibilities, I read up on the course only to find the words, “From the ongoing battle for equal rights to the breaking of barriers on the workplace, women face complex issues in a dynamic environment that has been dominated by men for centuries.”

At that point my excitement ended. Let me explain.

Obviously, I am a w0man. I advocate for women in leadership roles, and I mentor young women. I urge my mentees to lean in, know their value, and to speak up about their value. What I don’t understand is why women feel it necessary to include rhetoric on male domination in the workplace and leadership. Let’s look at some stats.

In the United States married-couple families in which wives’ earnings exceed their husbands’ earnings have increased from 16% to 29% since 1981.

Maryland had the highest women’s-to-men’s earnings ratio among the states, 89.1%, and Wyoming had the lowest, 72.5%. The District of Columbia had a ratio of 90.7%. “The differences among the states reflect, in part, variation in the occupations and industries found in each state and differences in the demographic composition of each state’s labor force” (CPS ASEC).

Hmmmm… differences and variations. If we dig a little deeper, what does that mean exactly? Could we cite biological reasons, familial reasons, and occupational preferences for explanations that are not driven by the male population? Absolutely.

So, why is it that so often that when we women discuss leadership opportunities, we feel the need to point out that women’s absence in leadership roles or in certain fields and lower earnings are due to men? Why can’t the conversation focus on the topic at hand … living a successful life… and leave it at that? The psychological construct for blaming something outside ourselves for our current situation is counterproductive. It holds us back from growth. Blaming the male population for our success or lack thereof is the easy way out. Blame is not an impetus for change.

I am successful career woman and a leader living in Virginia. I am educated. I have children. I am married. I do not live with the perspective that I have somehow missed leadership opportunities because men have kept it from me. In fact, I have an issue that weighs heavier on me and that is today’s men are under attack. I see it in my husband’s face when we watch a movie, the news, and commercials. It resurfaced in this advisory panel invitation. There it is… let’s attack the man in this course description. This angers me.

If imagine myself standing in front of a classroom of young female college students teaching a course on Women in Leadership, I think my syllabus would look something like this… Week 1: What is Leadership. Week 2: Famous Leaders (Men & Women). Week 3: Taking Ownership of Your Success. Reading requirements would include books like the following:

“The Secret Thoughts of Successful Women: Why Capable People Suffer from the Imposter Syndrome and How to Thrive in Spite of It,” by Valerie Young, EdD

“The Obstacle is the Way,” by Ryan Holiday

I wonder if the Washington University hosting the women’s leadership conference would approve of my syllabus. I’m thinking not.

So, to the question of whether I’d like to join the university’s advisory panel… I politely decline. My point in writing this article is to be a voice on this topic as well as for my husband, I implore women to adopt the perspective that each day you rise out of bed, your day is determined by you. Not by anyone else. And not by a man.

This entry was posted in Uncategorized and tagged Guest contributors, Women's rights. Bookmark the permalink.